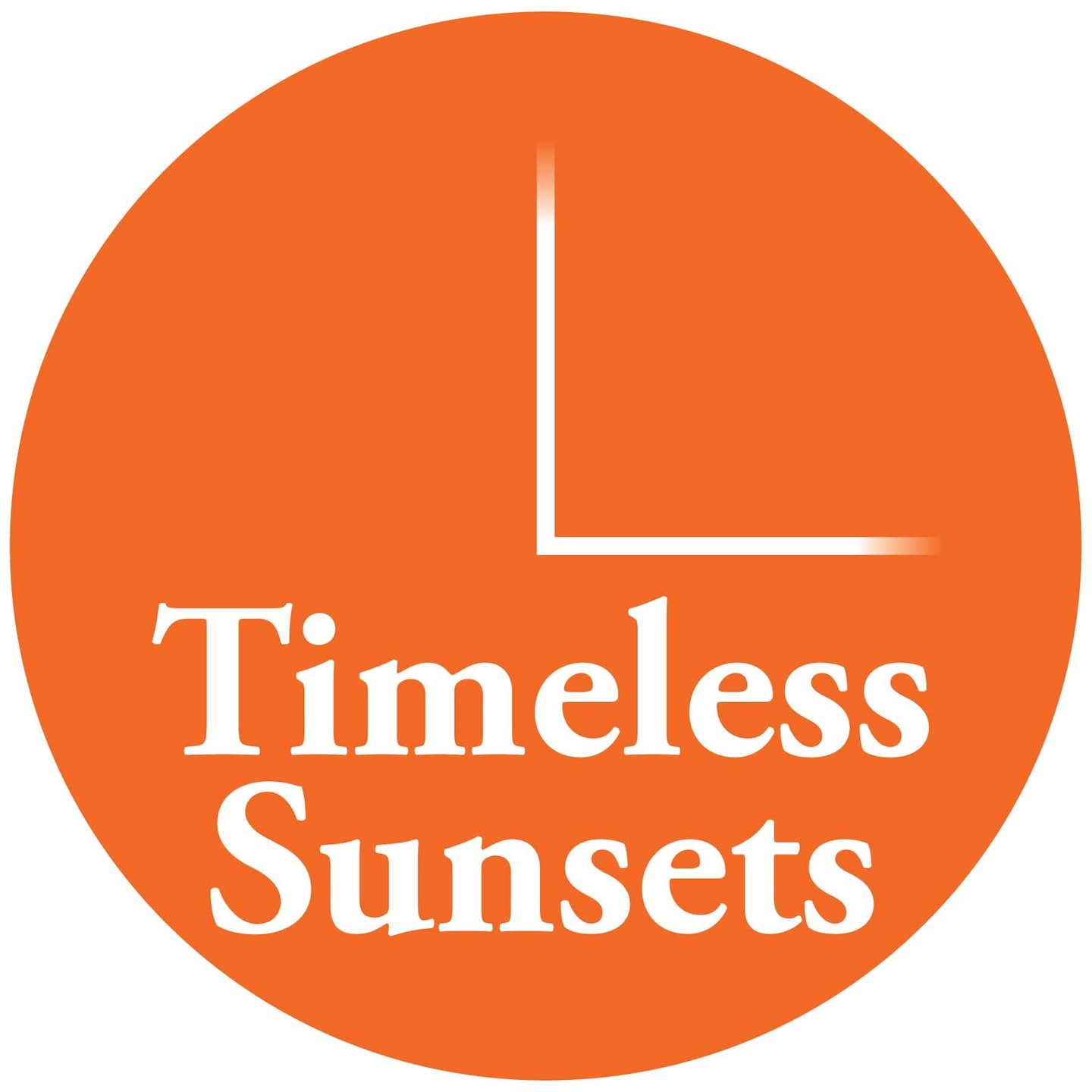 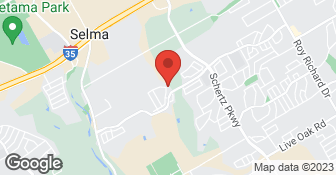 ENJOY LIFE INSIDE OUT!! Timeless Sunsets is a licensed and insured company. We are state HUB certified and our team has OVER 15 YEARS OF EXPERIENCE building custom designed decks, patios, gazebos and more. Se Habla Espanol! We understand that our clients expect quality products, which are created by experts in their field, who pay very close attention to detail. That is why when creating your custom outdoor living space, we gather your information, listen to your needs, and have your designs hand drawn, and certified by our engineer. Our expert knowledge of construction allows us to create outdoor living spaces that let families transform daily routines into celebratory events. We look forward to creating your new outdoor living space. Contact us today to get started. Finally, WE NOW OFFER FINANCE OPPORTUNITIES!!! You can also find current reviews at pro.homeadvisor.com from clients who have bought our services recently....

They did a great job and it was very nicely done. They were easy to work with.

Description of Work
They enlarged my patio and screened it in with the roof.

Timeless Sunsets completed a beautiful deck at our home. Their quality and accuracy of work created an above satisfactory deck. Workmanship and attention to details were excellent. The employees who completed the deck were honest, professional, knowledgeable, and worked with collaboration skills and teamwork, which allowed for timely completion of our deck. I highly recommend Timeless Sunsets for your deck.

Thank you so much for the work. We appreciate you and our grateful we were able to help you change your backyard living John Anderson Timeless Sunsets
5.0

The team of Charles and Monroe who did the framing and the deck were pure professionals. Over 40 years of foundation work and it showed. They worked everyday through the Texas summer heat. The deck is beautiful and looks better than originally designed. As the project started they say small flaws in my vision and gave me their opinions and it payed off big time. Seriously give John and his team a big consideration when choosing a deck.

Description of Work
We had Timeless Sunsets build a three tier deck.

Robert was very responsive and easy to work with. The work was done as planned, the workers spoke English well and were communicative about the status of the job. They used quality materials and workmanship is better than the original deck stairs they removed.

Description of Work
Replace stairs from porch to patio

First, let me say that the deck is beautiful. The man who built it was knowledgeable and hard working. The women who came to apply the sealer were great. We were given nice discounts for being a teacher. All of those are the pluses to our experience and pushed our rating to C. Our problem with the experience was the length of time it took, poor communication from the company about deliveries, work schedules and the fact that only ONE man worked on our deck the entire time (which affected the length of time to build). Timeline and completion plan were big concerns of ours from the estimation process. We told each company we got estimates from that we wanted the time between taking the deck off of our house to completion to be tight and minimal. We were told that this was possible. On our estimate from Timeless Sunsets, we were told 7 days. It took 3 weeks! If the company had been transparent (tell us lumber was hard to get, tell us you are having ONE man do this entire job, etc.), we could have either prepared or chosen someone else. I have texts from the owner telling us when lumber would arrive on a Monday (we thought he had an ETA from the lumber company). The installer took the deck off of the house on that Monday, so we could no longer exit the back door to the yard (it’s 4 feet off of the ground). The lumber did not arrive until Thursday afternoon and then the company told us they would begin the rebuild after the weekend. That’s one full week with no back door. Again, we said from the beginning that timing was important to us.

Sent them couple of emails, received discount coupon , but they never responded

Description of Work
They don't respond email, or answer phone

This is not the case. We answer the phones and respond to inquiries and emails. sorry you didnt have a positive experience.
5.0

They will always do what's best for the customer. We appreciate them getting the project done quickly, but yet ensured all the details in making our deck look fantastic. We are going to have so many memories on this deck, we appreciate the 110% they gave on our project.

Description of Work
Deck for back yard

project went well. extra care was giving to the selection of the decorative wood. the finish work was great. very proud of our new deck.

No footers were dug under the main pergola 4x6 posts. The entire structure rests on a single 2x6, which has now collapsed. I called George, but was brushed off as if it were not his problem. BEWARE!!!

Description of Work
Deck with pergola

The footings in question were set properly considering the pergola was small and the weight on the deck was minimal. The posts used were sufficient to withstand the weight. The issue at hand is the damage caused by flooding to that area, which affected this project along with other residences nearby. The deck became immediately compromised once water levels began to rise and some deck boards and frame were damaged. Acts of God are beyond our control and insurance should've been informed.
1.0

Poorly. I requested this company to do work at my home, as there were fairly good reviews on Angie's List. Unfortunately, this company performed very poorly and not to the "A" rating on Angie's List. A representative from the company came to my home first on 11/16/2019. He looked over the job and gave a proposal for replacement of a damaged screen and wooden reinforcement of mounts for three large screens on a screened in porch. I called him back on 11/18/2019 to tell him we wanted him to do the work. He said they were running about 1 - 1 1/2 weeks out on doing work. I told him that was fine, and he told me he would email me the contract that day for me to sign and email back. I never received a contract from him, so I called him on 11/21/2019. He said he knew he hadn't sent the contract and WAS WAITING FOR ME TO CALL HIM BACK because his boss wanted him to get a hard copy contract signed by me. He would have to come back to my house to get this signed. He returned on 11/23/2019 at which time I signed the contract. At that time, he told me they were two weeks out on performing the work. I told him that was fine, but that I would like the work finished before Christmas because I was having house guests (and the existing damaged screen was a mess). He said no problem, about two weeks. Three weeks went by, and I called the company to find out when they would do the work. He had told me two weeks. The company rep and another company rep profusely apologized that they had not gotten back with me. The second one told be someone would contact me on Friday, December 13 or Monday, December 16 to schedule the work for the week on December 16. I never heard from anyone, so I called back on December 19 to ask when the work would be scheduled. The company rep I spoke with apologized profusely and said someone would call me back in about 10 minutes. He was puzzled as to why no one had called since the company was "caught up" on work. About an hour later, the owner of the company called me to ask about why I was calling. I told him that about 4 weeks had now taken place since I signed the contract and that multiple employees of his had stated that the work should have already been completed. HE EXPRESSED TO ME ON SEVERAL OCCASIONS OF HIS FRUSTATION WITH HIS OWN EMPLOYEES AS TO WHY THEY WOULD TELL ME ANY OF THE THINGS THEY HAD TOLD ME SINCE HE WAS THE ONLY ONE WHO SCHEDULES ANY WORK. He stated several time that they needed more training but that they kept calling him saying that I wanted to know when the work would be started. While I agreed with him (that he maybe has the need to provide more training to his employees), I wasn't sure why he was "showing me his dirty laundry" for his own company. If he felt they needed more training, why complain to me about that? He told me he would only to be able to do the work after Christmas. I decided to wait on them. The owner called me on December 26 to schedule the one day of work for December 27. On December 27, a worker came to do the work, but when he came, he told me that he could not do the work in the way that was represented to me on the contract of November 23. He said he could not replace the existing screen, but would need to fabricate a screen with wood, screen material, and staples. Because this was different than discussed in the contract, I did not want him to start the work before I talked with the owner of the company. Neither I nor the worker could reach the owner for more that an hour. The worker left to go to Lowes to look for something to repair the screen. After about two hours had passed, the worker had not returned. I called the owner who then answered. He said that he had told the worker to leave, even though no one told me that the worker would not be returning. The owner proceeded to tell me that they could not do the work as had been represented to me on November 23 and that they could not help me. After that he told me over the phone that he was voiding the contract. He told me that they wouldn't be able to make that much money anyway on my project. He also expressed regret to me that his worker had lost a day's wages. I'm not sure why he was telling me all these things about the inner workings of his business. The owner, at the end, did give me the name of a screen company that might be able to help me out. I thanked him for giving me this information.

Description of Work
Replacement of damaged porch screen. Reinforcement of three porch screens to prevent wind damage in the future.

Yes, unfortunately, we don't perform this type of service and you should've been informed from the very beginning. As you know we NEVER charged you, nor did we even take a down payment. Glad the screen referral we gave you did work out, and we have informed our team to definitely be more diligent on matters like yours. Thanks.

Timeless Sunsets Decks & Patios is currently rated 4.6 overall out of 5.

No, Timeless Sunsets Decks & Patios does not offer eco-friendly accreditations.

Are there any services Timeless Sunsets Decks & Patios does not offer?