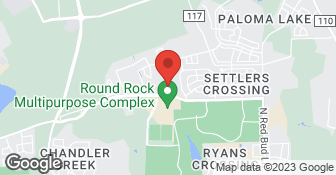 When we started in 2006 from the spare room in our home, we knew we wanted to address the challenges of Central Texas soil and weather by treating employees like family and each lawn like our own. Now, with three branches across Central Texas, our growing team is still dedicated to helping ensure that folks from San Antonio to Waco have a green & weed-free lawn, healthy trees & shrubs, and fewer outdoor pests....

I had a problem with yellowing in my yard. Jayson came out and went above and beyond to fix the problem. He carefully explained to me what he did and took the time to fix the issue properly. I have used Emerald Lawns for many years. They always do a great job and keep my yard looking much better.

Good Morning Mr. [Member Name Removed], Thank you for such positive feedback and a great review of your service with Jayson! We are thrilled to hear that he has been able to keep your lawn looking beautiful. Thank you for being a loyal customer all these years, we look forward to many more!
5.0

Emerald Lawns is by far, hands down the absolute best lawn service we have ever used and we will never use anyone else! And they come back as much as you need to address problem issues without a hassle!!! Thank you Emerald Lawns!

HI [Member Name Removed]! Thank you so much for the kind words and positive review of your service with us! We are so happy to hear your are satisfied with results and look forward to continuing to help make your lawn beautiful!
5.0

I've used them 3 times, aeration and topsoil x2, mulch x3. Prior to the last time, I would say they were average. Great job on the aeration and topsoil laying, but would miss a spot or two, nothing serious. Mulch was pretty when they finished. However, they have obviously hired a better group this yr. Carlos and John were detailed oriented. Completely cleaned up the old mulch. Laid down the ground cover perfectly. They were amazing. I don't have a straight lawn. Many curves, large and delicate designed sections. Beds everywhere. They made the final product look so good. But the final product always looked good, but the work and preparation put into this last job was the best this company has done. These guys wanted to do a good job, they didn't just rush in and out. They came in with an attitude of wanting to put their best forward. The job called for at least 4 workers. The company sent these two, it is a busy season, post snow storm. These guys did the job of 4 men. I saw the work and detail they both put into my job. I would recommend this company, but more importantly, I would recommend Carlos and John. Emerald Lawn now has a crew that makes their company shine. Simply IMPRESSIVE, both of them. p.s. There was another guy who came on last day, don't recall his name, but he was exceptional too. Again, attention to detail. Hopefully when it's time again, those three men are still working there.

Thank you for the positive feedback!
1.0

Never called or showed up. I would never use these people.

Mr. [Member Name Removed], I am sorry that we were unable to get to your request sooner, our office communicated that we have been 2 weeks out on irrigation services due to the high demand of those services. We have canceled the service request per your discussion with our Irrigation manager. Thank you, Aaron Carter - VP Customer Experience
1.0

They treated our yard for ants because we have a daughter Allergic to Ants, when we requested the service they were very nice and were here in 2 days. Well, the ant treatment didn't work and in 2 months we had ants again. It's been a week since we called and we still haven't had anyone come out. It's been very hard because we are all stuck at home and my kids can't go out and play. I have used other services before and it has always been fine, but this company says that they have all these additional service (besides yard treatment) that they can't handle and are not good at. I would not recommend them at all.

Mrs. [Member Name Removed], I am sorry that the weather played such a role in delaying our follow up, our office spoke with your husband and communicated that rain would impact the efficacy. I show that we have taken care of your service call now and hope that we have addressed the issue. Feel free to reach out directly if you have further issues, aaron@emeraldlawnsaustin.com. Thank you, Aaron Carter - VP Customer Experience
5.0

Hello [Member Name Removed], Thank you for letting us know about your positive experience with us so far, we are thrilled to hear it! We appreciate your kind words regarding how Thomas & Jorge are doing on your lawn. Thank you for being a valued customer of Emerald Lawns, have a beautiful day! -Eileen Thomas, Admin/Customer Service Manager
5.0

Good Morning, Thank you for letting us know how satisfied you were with Benjamin's service this week, we are thrilled to hear it! We look forward to continuing to make your lawn bautiful!
5.0

they did complete lawn care including core aeration, and grub control

Description of Work
The works on the lawn,

Good Morning, Thank you for your positive review of our business. We are thrilled to hear that you are so happy with Emerald Lawns! We look forward to a long continued partnership to make your lawn the envy of the neighborhood. As a reminder, we offer a $30 credit if you refer someone to us! Take care and have a great day! -Mary
5.0

The initial assessment was performed efficiently and professionally. The project was postponed to a second date because the truck could not deliver the top dressing from the compost site from a location about approximately 90 miles away and arrive in the city to start and finish the job in a timely fashion. On the delivery day, Martin and the crew worked like a well oiled machine to spread the compost. The whole job went smoothly, despite the postponement. I highly recommend this company.

Wow! Thank you for those kind words! We are so thrilled to hear about your pleasant experience with Martin & his crew and look forward to continuing to service your lawn!
1.0

If you decide to use Emerald Lawns, DO NOT pay in advance for multiple treatments! If you decide to cancel service you will not get refunded unless you call and email multiple times. They will say "that person isn't in right now but they will get back to you". It is obvious that they don't have enough technicians or can't keep enough technicians. It is always two weeks before they can get to you. If you need a retreatment they are just going to wait till the next treatment and bill you for it. They are very quick when it comes to getting you an estimate for new service. Don't be fooled. We had signed up for their mosquito treatment and lawn care service. For the mosquito treatments we had 4 of the pots they use. After the first couple of days of the first treatment the mosquitos were knocked back pretty good. I believe this was because of the spray they do along with the pots. After day 4-5 the mosquitos were back with a vengeance. I called and they said it takes a couple of weeks before the plan really starts to work. 2 weeks later it was worse and I called back and they said they would come out for a retreatment but they couldn't get out there for almost 2 weeks. We scheduled it and they came out and retreated. I got two bills though that day one for $0 for retreatment and one for the regular treatment price as well. I called and they said since it was so close to when they typically would come out they just did the regular treatment. Hmmm. I didn't think that was right but I just wanted the mosquitos gone. After a week I still had crazy amounts of mosquitos. So I canceled the plan. It took them over a month to issue a refund. The story doesn't end there.... I also had them doing my lawn care. I continued on with the lawn care even though I had to call them to come clean up a huge pile of fertilizer they spilled on my driveway and yard on their first visit. Well the service didn't get any better... this past application I watched the technician apply fertilizer on only about 1/4-1/3 of my yard. I was one a conference call when I witnessed it but went back and reviewed my security cameras to make sure I didn't miss him applying it when I wasn't watching. Nope he went around the perimeter and sporadically covered some small areas but there was no pattern that he followed to make sure he covered everything. I canceled my service that day and asked for a refund. 9 days later I got an email and a call offering me 50% off my next service. Still no refund. I hate posting negative reviews but I used these same reviews to make my decision to use Emerald Lawns and I want anyone looking to know how my experience was with Emerald Lawns and they can then make their own decision from there.