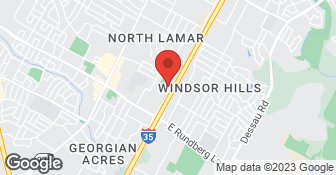 "Move it like it's your grandmother's." I can still hear my boss from my first moving job, he would tell us the same thing every day for years. It used to drive me crazy, but looking back its very clear that this mindset is what made me such a successful mover, and it is precisely this mindset that is drilled into every employee I hire to this day. When we come to your home or place of business you can rest assured that we are going to listen to all your needs, plan the most efficient way to do the job and will then execute your move with extreme professionalism and care.

Moving can be stressful. Our goal at We-Haul is to make this process as smooth and quick as possible! It is our priority to provide you with great customer care, therefore we handle your items cautiously, yet quickly. We-Haul LLC is an Austin-based owner-operated moving company providing both moving and delivery services throughout Texas. We can help with packing, assembly/disassembly.

All In The Family Moving Company

HELLO WE ARE A LOCAL MOVING COMPANY IN AUSTIN TX BACKED WITH OVER 25 YEARS OF EXPERIENCE. WE ARE FAMILY OWNED AND OPERATED. WE HAVE CLEAN TRUCKS AND EQUIPMENT.

I didn't see this until now, and put all the info in the "What did the provider do?" above.

DESCRIPTION OF WORK
They stored a lot of my belongings from Wipple Tree Cove in their warehouse for nearly 5 months, then when I finally moved to the new house in Sun City (Georgetown TX), they came with the things from their warehouse  and picked up things from two 5x10 storage sheds that I had rented. They then came by my rented apt. in Cedar Park, TX and picked up the furniture and boxes I had there, requiring two medium sized trucks for all of this on the final move day.  They had initially thought the move would cost about $1600, but since I had to have them get things from two storage sheds, and because the time in their warehouse was much longer than I thought, the total cost was $2200, which I thought was reasonable considering everything.  When they left our new house after the final move, we discovered there were several things missing, including our refrigerator. I called him on the his cell phone, and he told me he knew where they were, and would be back with them within the hour, as we were only about 30 miles away.  He said it was his fault , and there would be no extra charge.  They worked very quickly when lifting and carrying to save me money.  They were very careful when moving big items like a refrigerator.  I can recommend them.

I had to move a number of inherited furniture items from Alexandria VA to Austin TX on a very tight schedule while I was in town. ASAP guy arrived ahead of schedule (night before!) and we loaded the truck that evening, and I was able to free up my next day for the many other things I had to get done. I appreciated that. By the time I flew back to Austin, the furniture was already in town. They dro...

DESCRIPTION OF WORK
Met up with movers in Alexandria VA for pick up, and arranged transport to Austin TX. Moved a number of large furniture items - hutch, buffet, sofa, chair, armoire, bureau, oil paintings, side table.

ASAP MOVING is just the best, as far as I'm concerned! Greg came to assess what needed to be moved, including my refrigerator, washer and dryer, and 17 large plants. Their guys are their employees, not just someone that's helping them out for that particular day. Greg has been on both of my moves. First he moved a lot of my belongings into storage so that I could stage the house for selling. After...

DESCRIPTION OF WORK
They moved me from my old home to my new home and they have some of my belonging in storage because I staged our old house for the sale.

i called greg to come assess my belongings to be moved. he came out within two days after i called him. i really appreciate not having to fill out an inventory on my own. on moving day, greg showed up on time with two trailers and 4 other guys. one concentrated on packing the kitchen, while the others got to work. it took them 3 and 1/2 hours to fill one trailer and the other trailer was partially...

DESCRIPTION OF WORK
i had asap moving move over 3/4 of my belongings from my house into storage so that i could stage my house for selling. our house is 1944 sq. ft., 2-story, plus garage, over 100 boxes and lots of furniture. i also had them pack my kitchen for me.

These guys were fantastic! They emptied my house in an hour and my packed-to-the-gills storage room in 30 minutes They were all professional, courteous, and helpful. I couldn't get into my new home until the next day, so they took everything but the beds and TV and just kept it in the van. They moved odds/ends that I couldn't pack into a gondola and saved me 20 trips for and quot;the little stuffa...

DESCRIPTION OF WORK
I took bids on several movers. I had heard of this company through my realtor who praised them very highly. I needed to empty my two-story house and 10x10 storage room and move it all to my newer (and smaller) house.