With over 20 years experience in roofing, MBG Construction Company is offering services state wide for: roofing repairs and replacement & gutter installation and repair. MBG Construction Company is licensed, bonded and insured. Call for a free estimate. We also have military and senior citizen discounts. Please mention when scheduling your estimate. There is no job too big nor too small. Please call with questions 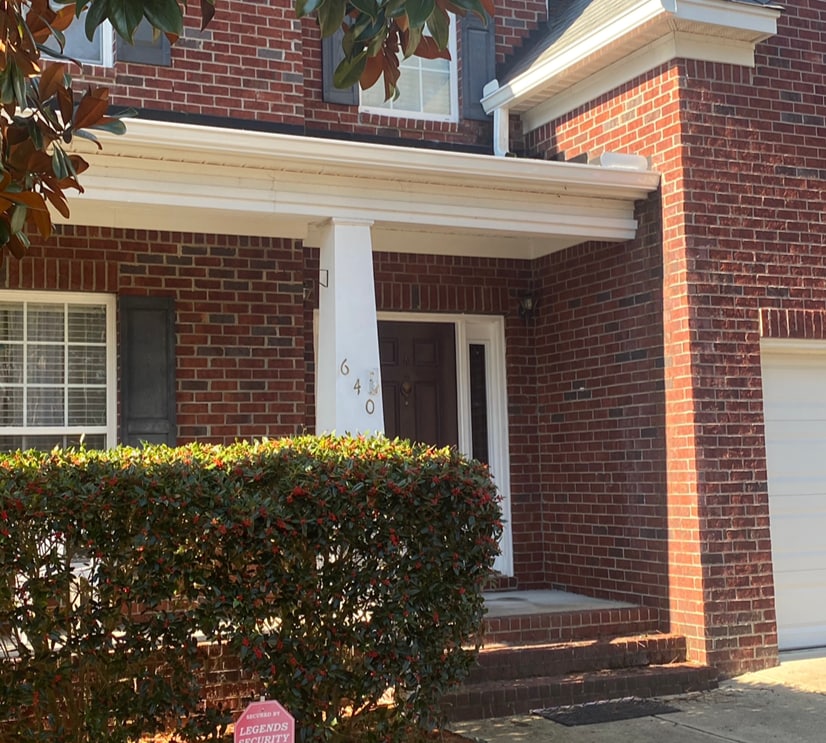 Repaired. We appreciate that MBG did not try and sell us a new roof. They are very professional. The roof is repaired. What more could you ask for. We will hire them again when needed.

Description of Work
We had MBG out during the great flood for a repair. Excellent job. Recently we developed a leak around the pipes. David came out to look at it. His crew came out to repair the roof promptly.

He came and gave us an estimate in a very timely manner.

I didn't leave a review immediately after the roof was done because I wanted to let some time go by to test the quality of their work. It has now been 3-4 years since they did my roof. It was a steep pitch with three floors on one side. All shingles are still in place, there are no leaks anywhere, and the netting they put over my gutters is still in the same state as it was upon installation. The husband/wife team were pleasant. My wife had a concern a month or two after the roof installation. The owner (maybe Mike-been a while) came with some guys and they fixed my concern and then he explained it to me (VERY much appreciate that). It turns out it was a non-issue, but more of an appearance thing in my attic. He fixed it free of charge even though it wasn't his fault, it was the builders of the house in 1992. I recommend them to anybody when roofing comes up. If pressed for a criticism it would be the mariachi music that played in my house because the gentleman that worked on the roof put their radio on my chimney so it played in my living room. Honestly, it's sort of a funny.

Description of Work
Roof replaced on my house

I provided the roof shingle manufactures name and color of shingles to the sales person. The crew arrived withe the same materials in hand. Fast, fair price and friendly..... Outstanding!

Outstanding. They are the "Best of the Best".

Thank you! It was a pleasure working for you. Its customers like you that make our job easier.
5.0

David came to our home and was on time and did a thorough job of inspecting our roof. He made a couple of recommendations and told me that within the hour, his office would email me an estimate. As promised, the estimate arrived. Later in the week, he gave me a call to see if I had any questions which he was able to answer clearly to my understanding. I would recommend this company to anyone. Susan and David were both great communicators along the way.

Description of Work
Estimate for putting new roof on our house

Work done quickly and expertly for a good price

Company was too busy to perform inspection in a reasonable time and so advised me upfront. My money was refunded in a timely fashion.

He found everything to be okay. We had a couple questions. He answered all our questions. It was great. It was a home inspection deal. He was really quite helpful and gave me a lot of information. I thought it was great. We were trying to sort it out. And for $29 you can’t get better than that. He got up on the roof to take a close look at everything. He was here about an hour. He suggested some time in the next year we replace the boots around the vents. He said they’re okay now, but sometime in the next year they should be replaced.

Description of Work
I believe they came out and looked at our roof.

Better than expected, and I expect what is promised. This company was first class in every way. Would recommend in a minute.

Very good experience. Very professional from the first phone conversations at the office-level all the way through to the field personnel. Scheduled and kept appointments and performed high-quality roofing repairs at a reasonable price. I would highly recommend MBG Construction Company for roofing work and based on their work quality, I would be receptive to the other services they provide.

Description of Work
Performed a roof inspection (with pictures and documentation) and the subsequent repairs.

They did a great job. Fast, professional and even ahead of schedule. They actually asked to come early to beat some forecasted rain in the area which was very much appreciated. The result looks perfect and seems to be very high quality work. I highly recommend MBG.

Description of Work
They replaced the flashing around the chimney and the required shingles around the new flashing.

Mentioned one price and written one was higher.

Went outstanding. MBG even fixed other issues they did not charge me for. Probably the most reliable and reputable company I have dealt with in a long time. Hire them if you want good quality work, on time, and reliable.

Description of Work
Fixed some roof issues from prior owners of house. Small issues were repaired.

Great! Service was punctual and knowledgeable

The inspector that called came out precisely at the time of the appointment, gave me an honest assessment of the condition of my roof, and performed the lowest cost repair he thought would handle the problem. Very reasonable and very professional.

Description of Work
Had my roof inspected due to a small leak that appeared during last fall's hurricane. Also, needed to know if it was time to replace my roof, or just repair.

I received estimates from 5 or 6 companies and MBG was the best. Every step of the process was great. Very satisfied with the work, customer relations, clean up, etc.

Completely reshingle a rental house and partially reshingle (about 10%) my main residence. Got both houses done in a day and a half. Cleanup was excellent. Would not know they had been there. They were able to get the job done a few weeks earlier than originally planned. Susan kept me appraised throughout the process including estimates etc.

Description of Work
Completely reshingle a rental house and partially reshingle (about 10%) my main residence.

It turned out well. They came out a couple of days after I purchased the Big Deal. They sent me an email and said contact them. I called them and they came out the following day. They gave me an estimate to fix the roof and I wasn't thrilled with it. I didn't give them any money other than the inspection money. They just gave me an estimate for what needed fixed and it seemed a little high. I wasn't home when they did the inspection. They were efficient and fast. They really didn't do any work for me other than the inspection. They answered my email quickly and all of those kinds of things. It was all very easy for me. After the inspection they told me what work needed to be done.

Kevin was out within a few days to look over what we needed and get the info to give us an estimate. It was going into the holidays so did not expect anything until after the holidays. We got an estimate the next day!!!! We had asked for estimates from 3 other companies. one did not respond, one gave us an over the phone estimate and the other company took 3 weeks to respond and then the guy just showed up and did a walk around. Not impressed with that company! The estimate we got from MBG was under what we had anticipated and with the estimate, it was spelled out exactly what to expect and what was included. We had a pergola attached to our roof, which they might have to lift and they included that in the estimate, which they did not charge for. Our neighbor had his roof replaced a few months before and it was a unmitigated disaster. Crew did not tarp the roof and there was a horrible down pour that ruined his sheetrock, light fixtures, paint, carpet when the rain poured into his open roof. We explained our concerns to Kevin and he assured us that if there was a 30% or better chance of rain, they would not start to roof until they had clear days. And that is exactly what happened. We had a 30% chance of rain and they postponed the job by a day. They were out the next day and had the roof completed with in two days. David, the owner, was on site and job the entire two days. His crew was respectful, courteous, professional and neat! which is hard to do when pulling old shingles off the roof. They tarped under the roof to catch all the shingles, nails and debris and cleaned up everything before they left. Their labor warranty was for 5 years and the shingles life time. They even have a policy in place in case we got a nail in any of our tires. After having witnessed the horror our neighbor went through with his roof, we were most apprehensive to have our roof replaced, but it was 25 years old and leaking in several places in heavy rain. It was a pleasure to do business with the entire crew of MBG and highly recommend them to any one, which is what we did with the 17 homeowners in our neighborhood who will all be needing roofs very soon.

Description of Work
We contacted MBG to get an estimate for a new roof.

fantastic and they cleaned up the yard after they were done.