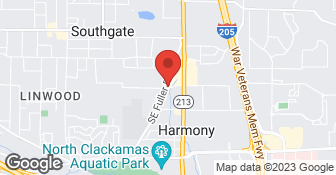 Premier Pacific Roofing family owned and operated serving Oregon and Washington residents since 2009. Offering the highest quality and service at an affordable price, PPR has a long history within our community, servicing new construction roofs, residential roofs and commercial structures. We offer composite, metal, Davinci roofs and a variety of other options. Our knowledgeable team will work with you to help you understand all the complexities of your roofing system. Licensed. Bonded. Insured. ...

Every day when my wife I come home we see the workmanship put into our beautiful new roof. We would highly recommend Pacific Roofing to anyone who wants a high quality and a beautiful long lasting roof..one that you will enjoy through the years ..and one that will add value to your home! We love it! Charles and Joanne

They were pretty thorough and knowledgeable. Two gentleman came out this morning and were on-time for the appointment.

I had some leaks on the roof and they are willing to come out and fix it. They have a reasonable price and I will continue recommending them to others.

Description of Work
They installed the roof and solar fans.

It was a very good experience. The salesperson that came out was very thorough, and everything was documented in writing. They came out on time. They performed the removal and replacement shorter than they anticipated. The workers were very nice. They worked very hard. They cleaned up after themselves.

Description of Work
They installed a brand new roof.

Thanks so much for the great review. We really enjoyed working with you and your home. If there's anything else we could have done to earn an A rating overall please let us know and we would love to work with you to assure all expectations were met. Thanks again!
4.0

Description of Work
They did roofing and gutter.

Thank you for the great review, it means a lot to us. We hope we can continue to work with you in the future. Please feel free to reach out to us if there's anything you need and or anything we could have done better to help us improve in the future. Thanks again!
5.0

They do a great job and have been taking care of all my roofing needs for about 3 1/2 years.

Description of Work
They did a roof replacement.

Thanks a million for the amazing review. We hope to continue to live up to our reputation and we are thankful to of earned your business!
5.0

The owner is very firm about his quotes. What he quotes is what he charges, he doesn't try and change anything on you. He guarantees the labor for 10 years and the roof is guaranteed for 30 or you can even get more. They also installed venting in the front and back of the house and didn't charge me anything. I've recommended them to others and they have been happy with Premier Pacific as well.

I am so very glad they were recommended. I contacted half a dozen roofing companies, and Premier's bid was not the lowest nor the highest. However, Jorge was the most thorough and explained the issues the most clearly. Premier always answered the phones promptly, showed up when they said they would, used quality materials, and performed exactly as the bid specified. They were also able to troubleshoot and repair a few flashing issues; they first told me I'd have to get a chimney mason to fix one issue, but they managed to make it work. It turned out the soffit vents were decorative only and did not provide any airflow, but they developed a work-around. In addition, they arrange financing through GreenSky, enabling me to pay it off 12 months, no interest. Very satisfactory experience overall.

Description of Work
Tore off roofing down to plywood and replaced a small number of sheets of plywood. Re-roofed and installed ridge vents and rebuilt the chimney and other flashing.

My wife and I were in the process of selling our house when we found out from the home inspector that we needed to have a new roof. we called 7 different roofing companies and only had 5 actually show up to look at the roof and give us a bid. Out of those five three of them said "we will call you with our bid" But they never did! And two others actually gave us a bid on the spot. Out of the seven roofing companies that we called, the only one that stood out was Premier Pacific Roofing. The owner Salvadore Franco was very knowledgable and explained things very well and was very organized. He did a complete inspectection of the roof and explained what it would cost to repair vs replace the old roofing without any pressure or sales tactics. The crew that works for him arrived on time and worked hard and made sure to clean up before they left for the day. It took about 3 days for the job to be completed and Salvadore came by each day to inspect and make sure everything was done to our satisfaction. The crew did a great job of protecting our landscaping around our house making sure to cover bushes and flowers with tarps so they would not get damaged.They also did a great job of cleanup before they left each day. All in all a great experiance with this company,we would definately use Premier Pacific Roofing again!

Description of Work
New Roof, including complete tear off and all new flasing, vent flasing and new plywood where needed,two new barge rafters.

We heartily would NOT recommend Premier Pacific Roofing, Inc. The work they performed for us was of extremely poor workmanship, caused damage to our residence and displayed very poor business practices. Other companies contacted had extensive backlogs of work so we contracted with Premier (who did not) for this ?easy? repair. We definitely should have waited! The following was our experience. We contacted Premier Pacific Roofing regarding repairs to the flashing surrounding our skylight. Salvador and Felix came out after to take a look at the problem and give several bids: one for replacing the flashing only (where the leak was occurring presently) and two bids to replace the flashing and skylight (to prevent future leaks due to an older model skylight). We signed the contract to replace the flashing only and the work was scheduled for a few days later. Shortly after the work began, I was summoned to the rooftop. In removing the skylight, the crew had damaged the sheetrock in the inner well of the skylight and the skylight itself. Because of this, solely replacing the flashing was no longer an option. Having no other choice, I authorized installing a new skylight. I inspected the damage right after it occurred, it was obvious that the crew had left nails in place which attached the skylight and had tried to force the skylight off damaging the sheetrock and skylight. The crew proceeded to replace the skylight and flashing and left. Several days later, I noticed extensive leaking close to the skylight and called Salvador to request repairs for the leaking. His initial reaction was disbelief. After I provided pictures of the leaks, he told us that the crew had not ?tied in? the shingles correctly resulting in the leaks and that he would send somebody out. A few days later, I received a bill. I was charged for the replacement flashing that was not used due to the change in replacing both flashing and skylight that was necessary because of the damage caused by his crew. No adjustments were made for the damage caused by his crew to the sheetrock and no mention of repair for the leaks that I had also called about. When I brought the issues to Salvador?s attention, I was told by Salvador in an email regarding the sheetrock, ?Your understanding regarding the repair process is incorrect. The old skylight, was a deck mounted version. That's the only reason why it required a change order. Having a deck mounted skylight is nobody's fault, that's why we don't take advantage of clients.? Our skylight was ?curb mounted? and Premier Pacific made their bid after inspecting the skylight. When I sent pictures of the original skylight before repairs as proof that it was not a deck mounted skylight and his explanation didn?t make sense, there has been no response. Premier Pacific should not be doing work that it knows it cannot perform without damaging property. I was given a modest adjustment for the sheetrock damage. I have been informed the repairs have been made regarding the leaks but based on the workmanship performed and Premier Pacific Roofings failure to take ownership of their mistakes, I am unsure. I have been repeatedly told by Salvador that Premier Pacific is an ?honest? company and doesn?t ?take advantage.? However words and deeds have not matched. I am not a roofer, but I do have a construction background.

Description of Work
Repair of flashing around skylight and ultimate replacement of skylight.

Premier Pacific Roofing Inc is currently rated 4.6 overall out of 5.

Are there any services Premier Pacific Roofing Inc does not offer?