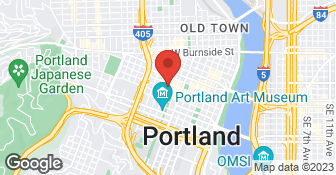 Portland Roofing NW specializes in residential roofing as well as small to medium-sized commercial projects. We can replace or repair any type of roof that you will find in the Pacific Northwest. We cater to all of your needs from a friendly, low-pressure estimation to complete satisfaction and clean up. We will respect how important your home is to you and treat it like we would treat our own. We are locally owned and operated so you can rest assured that we will treat you as the neighbor that you are. Give us a call at 503-766-3869 to discuss any questions you may have and to schedule a free roof evaluation and/or estimate....

Do you want to extend the life of your roof and save money? Here at CedarTech, we can offer you services that do just that. Our services are simple, neat, clean, and safe. Not to mention, they work! We can provide Portland cedar roof repair, treatment, and maintenance in a way that allows your roof to last longer than if repaired using different, harsher techniques. In the long run, we save you money! Our process for cedar roofs includes: Clearing your roof of debris using compressed air or blowers rather than by pressure washing Replacing shakes and repairing spots that could lead to future leaks Treating your cedar shakes and shingles with fire resistant Cedar Silver Preventing growth of moss, lichens, and fungus Using biodegradable and environmentally friendly products With our unique process, we don't have to compromise the long-term durability of your roof. Our process is gentle and effective—giving you the most for your money.  …

We have a finished attic bedroom where the chimney goes down the middle of the room. With all the rain, water had started running down the chimney and getting the dryway wet. I had called three roofers to get a bid, not having any idea of what the issue was or how much it would cost. All three companies said they could come out that day and give me a bid, though none of them gave a time. Portland Roofing NW was the first company to get to my house. Two men showed up at my door with an unmarked car and did not provide any identification. They went up on my roof and I could hear hammering. Shortly after they got on the roof, the other two companies showed up to give me a bid. They both called me and said they were not going to stop because it looked like I had the problem covered. I requested that they do stop by later if they could because I wanted more than one bid. A few minutes later I got a call from someone in a office at Portland Roofing NW. He seemed concerned and asked why other roofing companies were there? I told him I had hoped to get a few bids. He told me that his guys were already up there doing the work. It would be $250 and I should give his guys a check. I called the other two companies to tell them not to come back. One of them said they would have done it for $150, but it was too late. The two men were off my roof and out front smoking cigarettes 30 minutes later. One of them came to the door and asked for a check. I asked for a receipt, business card, or even the name to put on the check. He said the receipt would come in the mail and he had to look on his phone to figure out who to write the check to. The check has been cashed but I have not received a receipt.

Description of Work
Fixed a leak in the roof.

Description of Work
Underlayment repair and new roof. On time and on budget.