With smiling faces one of our handymen will come to your home to help. We believe in doing what we tell you. From TV Mounting to full kitchen remodels there is no project too large or too small.... 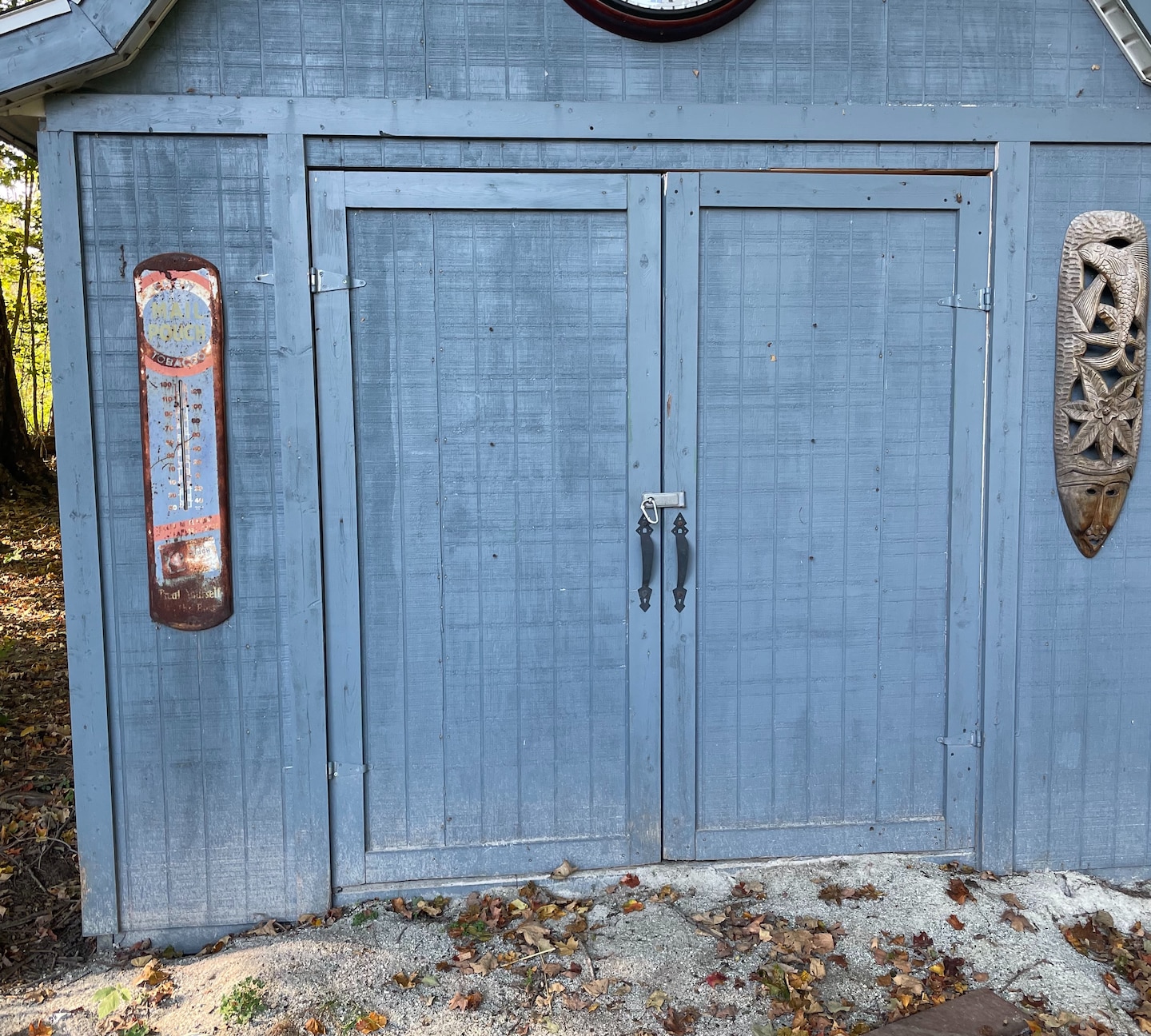 The work went very well. 2 technicians came out. They were respectful of our home (brought their own home slippers). They clearly knew what to do. Took the old fan down quickly and get the new one installed quickly as well. Definitely can recommend.

Came on very short notice and did a great job. A bit pricey but worth it.

Ryan and Wayne showed up right on time and got straight to work on my projects. They were very polite and professional. They were efficient in getting all the various jobs done in a timely manner. They also put together a whole bedroom set in record time. I hire them twice and would high them again as needed.

Prompt response to request, providing an estimate and scheduling the service. Arrived on time and completed the work quickly and cleaned up area after. All around great experience!

Ryan was very efficient and did excellent work on the ceiling and the clean up. We would definitely hire him again.

Great. The guys were on time, professional, and really nice to work with. The installation was properly done and I feel the investment I made in the custom mural was in very good hands with these guys. They took their time and did it right, but wasted no time in getting the job done, cleaning up, and making sure I was 100% satisfied with their work. I am. I'd hire them again in a heartbeat.

Description of Work
Installation of custom made 16' x 8' mural in four 48" wallpaper panels.

I was having some issues with my kitchen faucet leaking and the disposal had stopped working. I called for an estimate and Amber was able to help me over the phone and she got someone out the very next day to change both out. The pricing was reasonable and they completed the job in a decent time frame. My new faucet looks amazing. I'm hoping I don't need to call them for any additional work but I most certainly will should I need more help.

Ryan and his whole crew were great to work with. We had a door and window removed from our home and a 8ft x 8ft slider installed. The attention to detail was just amazing. The new door looks beautiful.

These Guys are Great to say the least, very professional, courteous, and value your home as if it was there’s. What impressed me the most is that they paid attention to details. Everything was done to the fullest of expectations that we were looking for. So if you are hesitating, don’t call them and get them scheduled.

Ryan did a great job on our drywall repair. They arrived on time, with all materials to fix the drywall after the plumbing leak. Replaced insulation, drywall, taped and textured. I could not tell where the repair was after they were done!!! I will certainly have them back for others repairs if needed.

We have had the guys here to do interior doors, but decided we wanted to replace our exterior doors as well. They were on time, professional and did a killer job on front and side door and screen door install, couldn't be happier, and how much better our house looks with the addition of new doors! Sliding glass door is up next!!! guys back to do sliding door couple weeks later and once again couldn't be happier, with timely arrival, professionalism, attention to detail, and respect for their customers!! HIGHLY RECOMMEND if you have projects to be done around the house!

I really am thankful to these guys. The servicemen were always on time and very professional. During the estimate process they were very patient while explaining things to me and gave me a good price compared to the other companies I called. The work is solid and I feel confident about recommending them to my friends and family. I will be using them again in the future.

Spensir and his team were fast, thorough, and valued my opinion for the best optimal location for the installation of overhead storage racks for the garage. They adjusted and made sure everything was secure and cleaned up before heading out. Would definitely give these guys another ring for additional projects/services.

They were able to fix it during the service estimate call, saving me another visit. Price was reasonable.

I needed some siding matched and repaired on my house. Unlike most contractors recommended to me, Spensir actually showed up and presented an estimate. He wasn't the highest or lowest bidder. He was upfront that they were extremely busy and would get to me as quick as they could. The crew did a good job and I am overall happy with the transformation of my house. I would consider hiring him again for other projects.

Major RenovationsThis was a major ($40,000 plus) renovation that included plumbing, electrical, flooring, painting, cabinets, and lots of trim work, new shower and vanity etc. Worse for Monthly Upkeep it was on a deadline to get the property to the market before the end of the month. The crew stayed on time and within the budget. The crews were professional and skilled. Mandy was always available and on-site most days. The quality of work was superb. I got it on the market at noon on a Friday. Monday morning I had 5 contracts, all over the asking price. Clearly, the buyers appreciated the work as well. I am so appreciative of this company and of Mandy and Spensir. I recommend him highly.

Their service was excellent. The Office Manager, who also ran the crew, would come over all the time to check up and made sure everything was going well and I was happy. She was really supportive about the project. She also gave me her number so that I could ask her any questions just for general home repairs. My Bathroom looks amazing after the remodel.

Description of Work
Communication is not lost

Very courteous, helpful, efficient young man came at the appointed time, we discussed things, and he provided me a proposed cost---very reasonable. I liked Spensir and we have business arranged for now and in the future. I am keeping Monthly Upkeep's information for future work because of how nice Spensir and Mandy were in making me feel comfortable and confident in him.

Exceptional workmanship! Great group to work with. We will use them for future remodeling and definitely would recommend!

Spensir and his team of contractors did a kitchen remodel for us this fall. The kitchen is absolutely wonderful and exactly what we wanted. His team, composed of painters, plumbers, electricians and countertop men were all exceptional! They were always on time as expected or I was notified early with a schedule change. They were professional and courteous in our home. I highly recommend them for your project

Impressed Overall with the service, quality and timeliness of work. Excellent design choices, materials. Prompt attention to fixing any problems (very little). They explained the design on tiles before laying, listened to my concerns. Price was reasonable.

The company was very professional and timely. Office staff was extremely helpful in making sure I knew exactly what to expect.

If you want to waste your time and have a so called "handyman" company not do a single thing for you, then go with these guys. I have some repairs that I need done at a rental property I own, and when I typed in handyman, on Angi, Monthly Upkeep was one of the 2 companies at the top of the page. I decided to use Angi's request a quote function, and again Monthly Upkeep came up. As some of you may know, when you put in to request a quote, you have to give a bit of info like, what the work is that you need to have done, and where the house is located, etc. In the early part of April I posted my request for a quote with several contractors, Monthly Upkeep being one of them. Most of them didn't answer back, but Monthly Upkeep did. Even though on Monthly Upkeep's Angi page it says that estimates are free, I was told, in a text message, that I could either take some pictures and send it to them, or they could come out to the house, but that there would be a $100 estimate fee that would go towards the job...that doesn't sound like a free to me, so I tried to send them the pictures. Here's the thing...if you list that your estimates are free, and then, when you contact them they say, well we have 2 ways of doing estimates, and one of them is free and the other isn't, then your estimates aren't really free. The page info is a bit misleading and appears to be a bit of the old bate and switch. Getting back to it, on the 9th of April I tried, through text message, to send them 33 pictures that the tenant sent to me. 6 days later I found out that the pictures didn't go through. Apparently you can't send a batch of 33 photos at one time, so that's my fault, and I resent them in smaller batches. 6 days after my initial attempt, I received a text telling me they received the photos. Again, this delay was not their fault, but from the 17th of April til the 26th of April (9 days later), being lead on to believe that they'd get an estimate to me, and then not doing it, and saying that they're not taking the job is their fault. Within these 9 days there were follow up messages from them asking questions about some of the photos and more detail about the job, so I'm thinking, great, they want to be as accurate as possible. On the 20th of April I was told that they're working on the estimate and should have it to me by the afternoon of the 21st, so imagine my surprise to wake up this morning (April 26th) and receiving a message saying, "I passed this along to our manager and unfortunately this is too far from our office with how busy we currently are. Sorry for the delay". Information about the location of the job (25 minutes away from them) was given in the info I gave through Angi's quote request system. These people have totally wasted my time. If only bigger jobs is what they do, they shouldn't call their company Monthly Upkeep.