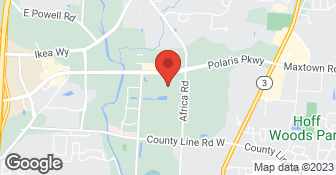 Your locally owned and operated HVAC repair and installation experts. From furnace and AC replacements, to duct work and inspections, we are here to serve. Ask about our geothermal work and call our heating and cooling techs today!...

Very professional and knowledgeable. They did an excellent job and answered all my questions . We are very pleased with the installation

It was great! They were here and fixed it promptly. The tech was really nice and explained everything.

From the first person who answered the phone (Victoria), to the sales person who bid and managed the job (Cathy), and to the first rate installation crew, Westin is a first-class operation! Our 13 year-old A/C failed died in the middle of a heat wave. Our long-term (now former) A/C contractor told us they might be able to get someone out to give us a bid in FIVE DAYS! Called Westin and we had a fully operational, brand new, Trane system up and running in less than 36 hours from my first phone call. Responsive, reasonably priced, and far exceeded expectations!

I really can't say enough good about Westin Air and the team of people who work there. Professional all the way. This was simply an annual system check-up on the TRANE HVAC system Westin Air installed late summer last year. Justin and Frank were the technicians. They neatly performed annual maintenance on the system and answered a few questions I had about the unit's staging system. These folks are PROS and I highly recommend them.

Went great. Called and tech was out two hours later. Great job, fair price and fast service. That's the trifecta in my book!

After quite a bit of research I decided on a Mitsubishi ductless heating system and received bids from several companies and ultimately decided to go with Westin Air LLC Heating and Cooling. While I specifically asked for Mitsubishi, the other companies either tried to sell systems that I didn’t want, or their price for the system was higher than Westin (in one instance over $1,000). On the other hand, after looking at the shed and judging the scope of the project, Westin’s representative Cathy Shankland (great person, easy to work with & loves pooches), provided a bid for the same Mitsubishi system at a very competitive price and, gave a 2% discount for writing a cheque. It’s worth noting, that having received the bid in July 2019, by the time the requisite remodeling work and wiring in the workshop was completed, it was the end of December, before I could call to get on the schedule for January. Initially, the installation had to reschedule because of the rainy weather. The next week the crew (Jason, Frank and Zack) arrived around 9am on the appointed day and got to work in the freezing cold! In a word, these dudes were just GREAT and got to work immediately! They were efficient, diligent, extremely hard-working, and had a great sense of humor as I asked countless questions and poked around. One could not have asked for a nicer group of guys. When I asked about the rescheduling, they explained it was better to work in the cold than the rain because the rain could not only rust their tools but could be detrimental to/have a negative impact on some of the internal mechanisms of the system. I made an old-style percolator pot of coffee and brought it out with cups and, then baked molasses cookies, (after all, I had to warm them up somehow)! Initially, we thought it would take the better part of the day, but because the electrical preparatory work was done, the job was completed by early afternoon. They cleaned up so well, one would have never known anything had been done in my little workshop, except for the fact that it as toasty warm, and will be cool in the summer. Whoopee!! By the by… they’d finished the coffee and almost all of the cookies. My experience with Westin Air, LLC was wonderful! The office folks were great, the rep that worked with me was great and the crew was super! This is company is a hidden gem, and we’ll definitely be using them again.

Description of Work
Installation of a Mitsubishi Electrical Heat pump in the outdoor workshop so it could be utilized all year round.

[Member Name Removed], Thank you so much for the very detailed and positive review. Everyone involved in your project agreed you were a delight to work with. You had the installers at cookies and coffee, and Cathy absolutely loved Lily! :-) Westin Air always tries to give our customers excellent service at a fair price and we are so happy to hear that you were pleased. Thank you again for taking the time to review your experience with our company, and we hope to be able to serve you again in the future with all your HVAC needs. - Westin Air
5.0

Our 14 year old HVAC system was starting to have problems, mainly with the A/C system which had a persistent coolant leak. With the increasing cost of R22 Freon we knew the time was near and a spring replacement was planned. That was before the blower motor in the furnace started to make a terrible noise and quickly failed, moving up our timeline. We had already done our research and decided on a Trane system. Based on overwhelming positive reviews and a co-worker referral, we decided to call Westin Air for an evaluation and quote. Our experience with Cathy, Westin's sales rep, was very pleasant - a full assessment of our needs and review of our options and no hard sell. The system suggested was the Trane S9V2 furnace with the XL18i air conditioner. Since our A/C was not working, installation was scheduled within a few days. The installation crew was incredible. They put tarps down on the hardwood floor and went above and beyond when it came to being careful. They cleaned up inside and out to the point you would never have known they were at the house. Our experience with Westin Air mirrored all of the positive reviews we read online. The office staff, salesperson and install team were all enjoyable to work with. There was a sense of honesty and integrity in everyone we encountered. There would be no hesitation to recommend Westin Air.

[Member Name Removed], It was a delight working with you, also. We appreciate getting good feedback like yours on our sales and installation departments. Don't hesitate to call us at any time if you have any questions or problems with your new system. Thank you very much for your time in leaving this review. - Westin Air
5.0

I contacted Westin Air after a friend recommended them. I had been trying to deal with Rightway Heating and Cooling and getting the worse customer service ever. They wouldn't even call me back. Westin Air took a look at my air conditioning system and recommeded a $118 power source fix and $89 service fee vs the compressor problem that Rightway had diagnosed (replacement of compressor would likely cost $1500). The technician, Seth, was professional, prompt, courteous, and really knew what he was doing. He had been with the company 14 years and knew his way around an air conditioning system. I would highly recommend them to anyone! Don't bother with Rightway!

Technician arrived within the hour window. Coils cleaning took less than 30 minutes. I got quotes from 3 different companies and Westin Air was the cheapest. Great service!

Thank you very much for taking the time to review your experience with Westin Air. We appreciate your comments and strive to provide great service to all our customers.
5.0

I telephoned Westin Air to schedule a furnace inspection and cleaning. Laura answered the phone with a warm welcome and eagerness to help me – a very strong, positive 1st impression of the company. I shared that I did not need immediate service and merely sought to schedule – no emergency. We agreed on a time. She inquired as to whether I needed a furnace filter to which I replied that I had filters. But great proactive inquiry! Laura shared that Jake would be the technician to perform the work. On Tuesday, January 29, 2019, Laura telephoned that Jake was within 15 minutes of arrival. When Jake arrived with equipment in-hand, he demonstrated a professional friendliness and enthusiasm. Escorting him to the furnace, I left him to his work. Soon he appeared and said that the work was completed; not just saying that he was done, but providing details. Jake began a thorough assessment of the furnace and the work he completed! He stated that all was in good shape. He subsequently emailed me a written document of the assessment and completed work. In summary, my first experience with Westin Air was excellent. Professional, mannerly, prompt, caring, and skilled. I strongly recommend Westin Air to serve your HVAC needs! I will return.

Thank you for taking the time to give such a detailed review of your experience with Westin Air. We are happy to hear that both Laurie and Jake represented our well and provided you with such great service. Thanks again, Westin Air

How is Westin Air Heating And Cooling overall rated?

Westin Air Heating And Cooling is currently rated 4.9 overall out of 5.

What days are Westin Air Heating And Cooling open?

What payment options does Westin Air Heating And Cooling provide

Does Westin Air Heating And Cooling offer a senior discount?

No, Westin Air Heating And Cooling does not offer a senior discount.

Are warranties offered by Westin Air Heating And Cooling?

What services does Westin Air Heating And Cooling offer?

Are there any services Westin Air Heating And Cooling does not offer?