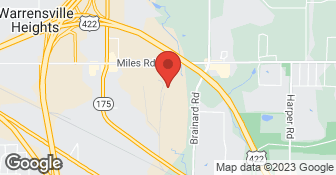 We have water damage in our home due to the newly installed (by Alside's factor-trained installers) windows leaking. Jason Fitzwater (ISS Manger of Alside Baltimore) came to our house to inspect a window that leaked in our kitchen and told us that it was a "industry standard install," so I guess Alside is fine with leaking windows. We've had multiple contractors inspect the 19 windows installed by Alside and they basically told us all the same thing, that the windows are not installed properly and that every single window will be leaking relatively soon. We reported issues back in July when we had a water stream coming through our kitchen window. We found additional problems with the other 18 windows installed. Contacted Jon Dye (ISS Regional Director) and showed him pictures of issues and water damage, he said he didn't see anything wrong in the pictures. Well, there was mold clearly visible on the new wood installed by Alside, so I don't know how he didn't see anything wrong with the pictures. We were supposed to get custom windows from Alside. They came out twice to measure the openings. We were told that we could go with a larger window, that would take away the stool on the inside or we could go with a smaller window and they would have to build a frame around the window to fit our rough opening. We wanted the larger window but then we're told that it was up to the company on which we will recieve, well that's really not customs windows then. Smaller windows were installed, with unprotected wood around the windows. Nothing was done to seal new frame to our rough opening. The new wood is exposed to the elements, so the wood is getting wet and causing mold to grow inside my house. I don't understand how anyone from Alside can say that this was a good install and they don't see any issues. We have multiple windows currently leaking and more in the future. Alside was supposed to come back to "fix" our issues, but told us what we wanted has never been done before by them. All we wanted was our windows to be properly installed and sealed from the elements. I can see that they have never properly sealed a window before. There are probably thousands of homes with leaking windows because of Alside's installs. If you have ever had windows installed by Alside, please do yourself a favor and have the window inspected by a properly trained profession (obviously not Alside). After finding additional issues in other windows, we decided not to have Alside do anything else at our home because we don't want anymore issues to pop up. We have no faith in anything that Alside installs or produces. We were trying to improve our home but now it's in worse shape, then before the window install.

Homeowners and contractors, please stay away from Alside! It has now been 11 weeks without a response on a warranty claim on windows. I have called customer service 14 time and sent numerous emails about this issue. I have signed up online to process a claim. FYI, Alside website to create a claim was down for 5 weeks including their email. This was confirmed by customer service rep. I do keep a logbook of dates and times of the people I talk to even including the manager of customer service. If you do call customer service and they do forward the email to the warranty service good luck they will never respond back to you. I am going to proceed to the Better Business Bureau in two states. Homeowners and contractors away! Even an employee of a local branch said that if you have a warranty claim they will never fix the problem or even get to you!

The installation went fine, however there were quality issues with the Excalibur windows. The product came with a lifetime warranty however the warranty customer service department is not doing what they promised and refuses to let me speak with a manager. Specifically, here is the problem: Windows purchased in May 2005. Claim submitted in August 2019. Total cost to replace defective windows after warranty is $500 approx. Per claim department I can either pay the $500 now or wait but if it goes beyond 15 years, I will fall into a more expensive claim tier. I decided to wait until April when I get my tax refund. Fast forward to today, in April 2020 (still less than 15 years), ready to pay the $500 to have the defective windows addressed. Jason S in the warranty department told me I was above 15 years technically since they round up. I was not told this by the person back in August or I would have done the claim then. I asked to speak with a manager and Jason S became very rude and refused to allow me to speak with a manager. Claim number 02046367 I bought these windows because of the quality and warranty and I received neither.

Description of Work
I purchased 26 windows for my home.

I bought a house 8 years ago. It had Alside windows installed shortly before I purchased it. Apparently when the windows were about to be installed, it was found that the wrong type of glass was used. Rather than taking the wrong inventory back to their facility, Alside left the wrong windows at the house and brought new windows which were installed. The wrong windows were then stored in the attic of the house. I bought the house and the owner left the windows in the attic. Last year I had insulation put in my house and attic. I had to move the windows out of the attic so the insulation company could work in there. The insulation company stressed that I should not store things in the attic. So now I had all these windows out and leaning around my upstairs studio. I have called Alside repeatedly over the years asking if they would do something with the windows.They are unsympathetic and will not take the windows from me. I have called Habitat for Humanity and recyclers in the area. No one wants them. They are in my way and I really don't know what to do with them. I think Alside needs to take responsibility and do something with their mistake please.

We were very happy with the help we received in kitchen design. Nancy, our designer, was responsive and eager to work with us to find something we loved. There were problems with some of the cabinets once we received them. Several had been marked and scratched. The company was responsive verbally, but took quite a long time to actually replace the affected pieces.

Description of Work
Supplied us with kitchen cabinets and countertops for our remodel.

Super Service Award Winner in Windows! GBH is family-owned, assuring you that everyone here is committed to the impeccable reputation of our company. We know what it takes to give you the highest quality products along with top-notch customer service! Our team has been put into place firstly and most importantly for their ability to deal with customers in an easygoing, courteous, & professional manner. They possess common sense and the ability to handle any situation. Understanding our customers' needs and working around any problem is our strong suit. Since we work as a tight-knit family, no issue ever goes unresolved. No one will ever hesitate to escalate any situation to someone else if they cannot resolve it themselves. 16 EMPLOYEES. NO SUBCONTRACTORS. Cost determined per job, no travel charges.  …

ALSIDE SUPPLY CENTER is currently rated 1.6 overall out of 5.

No, ALSIDE SUPPLY CENTER does not offer eco-friendly accreditations.

No, ALSIDE SUPPLY CENTER does not offer a senior discount.

No, ALSIDE SUPPLY CENTER does not offer warranties.