Fencing
Fencing Driveway Gates
Mailbox Repair
Licensing
Bonded
Insured
All statements concerning insurance, licenses, and bonds are informational only, and are self-reported. Since insurance, licenses and bonds can expire and can be cancelled, homeowners should always check such information for themselves. To find more licensing information for your state, visit our Find Licensing Requirements page.
Business Details 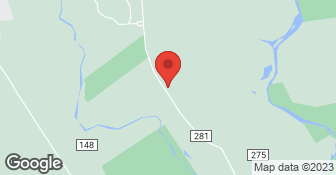 A Handyman for All Seasons

Handyman that is owner operated. No subs.

**Tax Season Sale 2/15-4/15/2021: $500 off or 2 free standard size gate**Cannot be combined with other offers! With over 20 years of experience, Daniel and his brothers have proudly serviced the Delaware, OH area since 2012. Daniel personally works overseeing every project to ensure that your project exceeds your expectations. We take the hassle out of building your project by working with your HOA and municipalities to secure all required permits for you. Call or message us to get your FREE estimate!!

Will quote you a rate, but never back it up! Quoted me a price after I had Lowes come out and give an estimate, but Buckeye Fence offered me a lower quote and scheduled a time to come out and survey the project. Never showed nor did they contact me for days after. Once they did the sales rep apologized and said there was a family emergency. I of course did not need apology and scheduled out anothe...

[Member Name Removed], Sorry if you had a bad experience with our business. After review and repeated attempts by you to drive the price down, I decided this project was not the best fit for us. Buckeye Fence is a quality contractor. Our prices will always be better than Lowes or Home Depot but, there are some companies that pop out of the woodwork that we don't compete with. I tried to be very po...
1.0

Stood me up for a quote. Would not answer my phone calls, I took off work to sit and wait for someone who never showed. This was after the date I chose was unavailable and they rescheduled for this time specifically. Unbelievable how they never answered my calls or returned them while I was sitting and waiting or after the fact. Never heard from them again.

Poorly. Chris rarely shows up when he says he will and once he has your phone number he will screen your calls and stop answering. He also never returns voicemails or emails. As a result of my experience, Buckeye Fence Builders has lost its BBB accreditation.

DESCRIPTION OF WORK
I contracted Buckeye Fence Builders in June of 2014 to build roughly 35' of fence and install an 18' sliding gate with operator (similar to a garage door, only it moves side to side). After making a down payment of 10%, Chris (the owner) stopped answering my phone calls. He didn't show up to install anything until September, 2014, and didn't finish the work until November 1, 2014. At that point I paid him the balance of the contract and his company's 1-year warranty began. During the first few months, I experienced significant maintenance issues with the gate and operator, all of which I informed Chris of via text and/or phone call. Chris came to fix the issues less than half the time I called about them, and never when he agreed to show up. By August of 2015, I filed a complaint with the BBB because I realized there were some major problems with how Chris had installed the gate operator (not according to the manufacturer's specifications). Chris agreed to enter into a mediated settlement, where he would fix the many problems and I would pay him for his time. Unfortunately, Chris did not honor the mediated settlement. By January of 2016, the BBB had organized an arbitration (legally-binding third-party decision), and at the end of March 2016 it was determined that Buckeye Fence Builders was at fault for the various issues and was ordered to pay me $2,500 in damages by April 15. As of today, April 21, I have to received payment.

I contacted this provider to get an estimate to install some privacy in our back yard.  Had an appointment for an afternoon, but due to heavy rains I called and cancelled because I knew it would be too muddy to get into our back yard.  I asked for a return phone call to reschedule but never heard back. I emailed and he offered to come out and give me an estimate.  I contacted the company back with...

Play close attention to wording in contract. Make sure everything is spelled out to your understanding.

All types of fencing