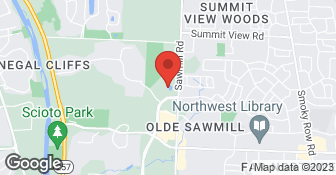 Our company thrives on going the extra mile for customers. Customer satisfaction is not just a statement, its a way of life in our office. We do not charge ANY kind of consultation fees and present all options before we start work. Professionalism, pride, and integrity our the words that best describe us. Our attention to detail, getting the job done right the first time, and NOT gouging the client is what sets us aside from others....

Lost all the money to hire dead beat contractor, he did not finish or do a follow up. He took the money and left. He is all talk, he did not do what he promised. If he was unable to do it then should have said he couldn't. My wife and I have been cheated from these people.

Description of Work
The contractor was suppose to increase two room size for two large tanning beds, and decrease room size for the third tanning room. He was suppose to install electrical work for the tanning beds, even out the walls from doing drywall, do the flooring within the price cost. He was unable to install electrical properly and none of the tanning beds work. Did not sand down the drywall properly as you can see how uneven the work was done. They damaged one of the tanning equipment and said they were going to replace it and never did. Did not come back to complete the work or follow up on the project. He took the money and promised to come back to fix and finish the work and never did. I've lost all my customers and money because the tanning beds do not work at all. Will never recommend this person or company to anyone.

I wanted a written work order but decided to trust him with a verbal agreement of $50 for each door hung. The first door split when the hinge was cut into it. The door was faulty so I had him take the doors back and I gave him a $25.00 gasoline gift card for going to the store. I purchased and transported the second set of new doors myself. During the second installation, the new door was too big and should have been planed down to fit properly. This was not done. Also the door knob was cut in the wrong place. It is not in the middle of the door. After he received the total payment, I have heard nothing from him to complete the doors. The last time he was at my house, he had excuses for not being able to return to finish the rest of the doors. I have heard nothing from him since the beginning of October. Out of four doors, I have ONE hung. He owes me $100 back for work not completed. He did not show up one Saturday at the appointed time and I had to call him to find out why. He finally showed up two hours late, which I tried to understand. However, a professional would have called to say he was going to be late or reschedule. We come to Angie's List to find a contractor to trust. I feel cheated.

Description of Work
I purchased four interior doors to be hung. They needed two hinges cut and the door knob drilled and mounted for each door. Although he received payment to hang four doors, only one was hung and not properly either. He does not bring the proper tools to do the job. I asked for receipts but received only one hand written on my paper. I asked repeatedly for receipts from the store and also do not have them. Nor did I receive the change back from the cash I gave him to purchase supplies.

At Polaris Tile, LLC it is our mission to provide the highest quality of service in all aspects of our business. We are extremely thorough in the services that we provide and aim to be very receptive to any client's issues, questions, or concerns and handle them promptly and professionally. We take the necessary steps to ensure that our clients are completely satisfied with all of our contractual and assumed responsibilities. Above all else, we will fulfill these responsibilities while maintaining the highest ethical standards in both our work and our character. Call us today!  …

Snap & Crack Locksmith is a bonded and insured locksmith company that’s been serving Columbus and the suburbs of Columbus since 2013. We have 4 storefront locations that are spread around Columbus for your convenience, below is a list of our locations along with some details about each location’s specialty. As a whole, we specialize in automotive, residential, safe, motorcycle, key duplication, and commercial locksmith services. We take pride in ensuring that our customers are 100% satisfied. To that end, we especially work hard to be one of the most efficient, quick, and reasonably priced locksmiths in Columbus. We’re able to do this by combining our skills, knowledge, equipment, and products. We believe the customer service experience starts with our dispatchers. Upon calling, our well-trained in-house dispatchers will gather all the information needed in order to provide you with a realistic and convenient arrival time but most importantly, an honest quote over the phone that is accurate over 99% of the time – no hidden fees or unnecessary upsells. Your 100% satisfaction is our #1 goal and we will work hard to reach that goal!  …

We proudly offer all services ranging from your simple handyman services to room additions, adding a garage or barn, all the way to completely remodeling your home.

How is Camelot Construction and Design overall rated?

Camelot Construction and Design is currently rated 1 overall out of 5.

What days are Camelot Construction and Design open?

Camelot Construction and Design is open:

What payment options does Camelot Construction and Design provide

No, Camelot Construction and Design does not offer eco-friendly accreditations.

Does Camelot Construction and Design offer a senior discount?

No, Camelot Construction and Design does not offer a senior discount.

Are warranties offered by Camelot Construction and Design?

What services does Camelot Construction and Design offer?

Camelot Construction and Design offers the following services: We proudly offer all services ranging from your simple handyman services to room additions, adding a garage or barn, all the way to completely remodeling your home.