A & B Sanitation Inc 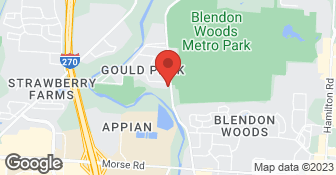 A & B Sanitation is a small, female owned corporation that has been in business 40 + years serving Columbus and surrounding areas, providing domestic septic services and commercial gas and oil spill recovery....

Here at The Rooter Works, we strive to abide by our mission statement "quality plumbing, at a fair price". Wether you have a leaky faucet, clogged drain or plumbing nightmare. The Rooter Works Plumbing and Drains is your one stop plumbing shop!

We pride our company on reliability, great communication, integrity, and quality work. We are experts in our trade, and will do our best to keep you as educated as we can on your particular task or project. We look forward to earing your business! Book with us online or feel free to give us a call today.

Excellent service. The Estimated cost was $380.00 for drainage of the 2000 gallon unit and a $25.00 charge for traveling over 25 miles - total: $405.00 Jason and Ed arrived on time and drained the Septic Tank, took about an Hour. They took the time to explain their work and provided me with a great deal of information; my cabin and the septic system -- built in 1978. I will definitely use them in ...

Fine, the part takes a while to order and arrive, but as soon as it arrived Jason contacted me and scheduled an appointment.

When they inspected my septic tank after pumping it, they discovered that there was a broken tile which is why it filled up so quickly. They were able to come out the next day to perform the repair, which was great. They quoted $3200 which they say is the market rate for this type of repair and we accepted. They came out the next day as agreed and performed the repair - 3 men with an excavator and...

Jason arrived on time. They got the septic tank pumped quickly. They was friendly and knowledgeable on the issue with our leech bed. Spoke with Jeremy and they will be following up with me on thursday to fix and pipe on the side of the house and to check our leechbed. They are a small company and for small companies they are the best in Sanitation. We've used many companies before and none as good...

Thank You!! It was a pleasure working with you as well.