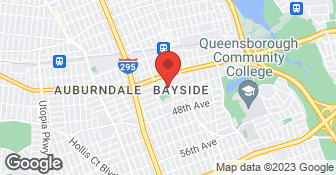 Bonni and her crew were very professional friendly, empathetic and compassionate. They did as I asked without hesitation. They would ask me in every room what needed to be removed. They were quick and efficient. Bonni told me that this will be a new beginning for me now that I’m retired.

Description of Work
Declutter and organization

I did not hire this service. Some well-meaning relatives hired them while I was hospitalized as I was expected to come back with severely limited mobility. They not only cleaned it up, they cleaned it out. All paper, plastic and shopping bags that I had were removed, possibly with lots of my possessions. My LPs were on shelves, filed by artist from A to Z with multiples filed chronologically. They have not been played in at least 30 years but were in fine condition as I always played them on high-end turntables. I found them in complete reverse order, upside down and backwards with the spines to the wall. I guess it was too cluttered for them so about 20 albums are missing. I imagine someone didn't like that my CDs were stacked against the wall, so they were put in boxes and at least 40 of them are missing. There are also missing DVDs, Blu Rays and books. An unopened James Bond collectible figure is missing. Because it was a limited run, that figure is now worth six times the initial cost and it was to be a present for my only grandson whom I haven't seen in two years because of cancer and Covid. My kitchen towels, pot holders, oven mitts, the custom cover for an electric mixer and all the utensils that were hanging on a rack are gone. The dish rack was missing. Even my tea kettle, I could not even boil water for coffee the next morning after coming home. There was nothing wrong with it. A bathroom sink caddy including the attachments for my beard trimmer is gone as is the shower caddy. Its contents were put on the shelf by the bathroom window. Pens, Sharpies, laser pointers, hair brushes, a personalized hoodie - all MIA. The litter box mat is also gone, I only had that for a month. It's not as if it was old and worn. The venetian blinds in the living room were removed. OK, they no longer went up and down but they were in a fixed position that suited me. Another 200 dollars minimum for me to spend and any money spent on replacing disposed of or stolen goods is tough after my hospital and doctor expenses. All the wall hangings such as needlepoint and framed art was removed from the walls and not put back. This was not a chore I relished having to do as I'm subject to falls and I had to get on a ladder to do it at a point in which I could barely walk. They must have lost the screws that hold one of the bulb covers on my kitchen ceiling fan, so they didn't bother putting it back. Again, I had to climb on a ladder. Now I wasn't here but some of those relatives were so either they or the crew is responsible. Even if it was the crew, I hold those relatives partially responsible for not keeping an eye on my possessions. Some of these are too expensive now for me to replace and some were gifts from my late son and have a great sentimental value. I've disowned the relatives and have changed the lock so that they can't get in. Everyday since I came back from the hospital, I've cursed all those responsible because as the weeks went by, I found more items missing. The grift that keeps on taking. All I can say is that you had better keep an eye on things while the crew is there and since they can send a small army, it's going to take a lot of oversight.

Description of Work
Removal of large items and general cleaning

Raul and Bonni (the owners) were pleasant and easy to work with. They accommodated our very limited time frame to accomplish a huge job, over 4 successive days. Bonni was onsite, working along with her team for most of the job. She was always responsive to any of my questions or concerns, as was her office assistant Lisa. Bonni and her workers were reliable, arriving promptly each day and working long hours to get the job done. They were professional, courteous, sensitive to our needs, non-judgmental and hard working. I would highly recommend Clutter Free for any job, large or small that needs to be handled professionally.

Description of Work
heavy cleanup and sanitizing of a 2 bedroom apartment, including removal and disposal of all carpeting, damaged furniture and other items; extermination of entire apartment; painting

Raul and Bonnie, the owners, were great to work with. Very hands on from beginning to end of a very difficult project. Handled everything with professionalism and sensitivity to the situation. Reasonably priced. HIGHLY recommend this company!!!

Description of Work
Clean out and clean up of old house, hoarding

I couldn’t be happier with Clutter Free Junk Removal! Raul and Bonni were an absolute pleasure to work with throughout the entire process. They were professional, polite, and courteous to my requested time frame to clean out one of my rental properties. AJ and Junior did an amazing job with moving out big pieces of furniture as well as packing up and and discarding of all the little items in the house. They have the most competitive pricing, and workers who get the job done in no time! It was an absolute delight to work with Clutter Free!

it was satisfactory. Haulers were polite and adept in what they do.

I’m a real estate broker. They have performed a variety of services for me over the YEARS..... professional and punctual doesn’t even describe how awesome h These guys are !!!!! Love the whole crew !!! Thanks guys !!!!❤️

Excellent from first to last. My husband’s office of 20+ years needed a total clean-out. Tatiana and Bonni in the Clutter Free office worked with me on timing and pricing, always taking my schedule and budget into account and always quickly responding to any questions. Raul made a separate trip to see the job to estimate it. I appreciated the fact that, unlike with franchise operations, I didn’t have to agree on the spot or risk a higher price if I decided later. The estimate was fair and competitive. Clean-out went better than I could have imagined. The crew showed up on time, worked tirelessly and finished in about 5 hours. They were pleasant, efficient and respectful. They wouldn’t let me do a thing, (like move boxes, sweep) even making sure I went into a different room when they swept up so the dust wouldn’t bother me. From talking with the crew, I learned that they like working at this family-owned company and it definitely showed in their work. If I ever need another cleaning job, I will hire them in a second. What a find!

They did an extraordinary job! Professional, respectful, courteous and very thorough!

Thank you so much for your kind words! We appreciate you having us and always will be if you or the family need anything!
5.0

Excellent job! Everyone was patient and efficient!

Description of Work
Complete house clean out and deep cleaning

Thank you so much for having us! You were an absolute delight and we are grateful to have been a part of the this new chapter for you and your husband. We are here should you need anything! Best, Bonni & Raul

Castlton works closely with Realtors, Attorneys, Insurance Companies, and fuel oil suppliers. Castlton has an A+ rating with the Better Business Burea. The owner has been in the environmental business for years, and continues to educate himself, as well as team. All team members are osha trained, CPR, confined space, FEMA and flag personal. Castlton Environmental Contactors LLC is licensed to remove or abandon your Underground Storage Tanks (UST) in New York and New Jersey. All castlton personal are trained in remedial services and vacuum truck services . 24/7, Castlton Environmental Contractors trained and dedicated staff is prepared to mobilize its fleet of spill response vehicles and equipment to your site. Castlton responds to all hazardous and non hazardous materials. Castlton will respond to all surface water spills, roadways, hydraulic fluid, petroleum , and chemical spills. We are a full service environmental company.  …

TheLuxCleanCo. a company that is designed with our customers needs in mind. Life can be chaotic and uncertain so you deserve a cleaning that will put your mind at ease. We offer Deep Clean, Basic Clean , Airbnb Cleaning, Move In/Out Clean. Event Space , Beauty Salons  …

NYC & Long Island's finest home remodeling and home improvement resource. Gotham Builders has 35 years of experience in exterior and interior projects in the area. We specialize in kitchen, bathroom, basements, roofing, siding and masonry. Gotham builders will act as your adjuster. Adjusters charge you up to 10% of the claim. Gotham has adjusters on staff and will adjust your claim free of charge as long as we get the job. We want to see the insurance money go back into your home rather than the adjusters pocket. Long Island location: 108 W Merrick Rd, Freeport, NY 11520; NYC Location 203 20 Rockyhill Rd Bayside NY 11361. Associates: Gregory Perrotta, President, Kat O'shea, Project Manager. Schedule an estimate with Jackie Ardi by calling (347) 269-0048. Award winning.  …

NOT A MAID SERVICE! Hoarding Cleaning, Cleanup Service, Cleanout Service and Heavy-Duty Cleaning. We provide specialty deep cleaning services for the most extreme.

Are there any services Clutter Free Junk Removal Service & Cleanup Pros does not offer?