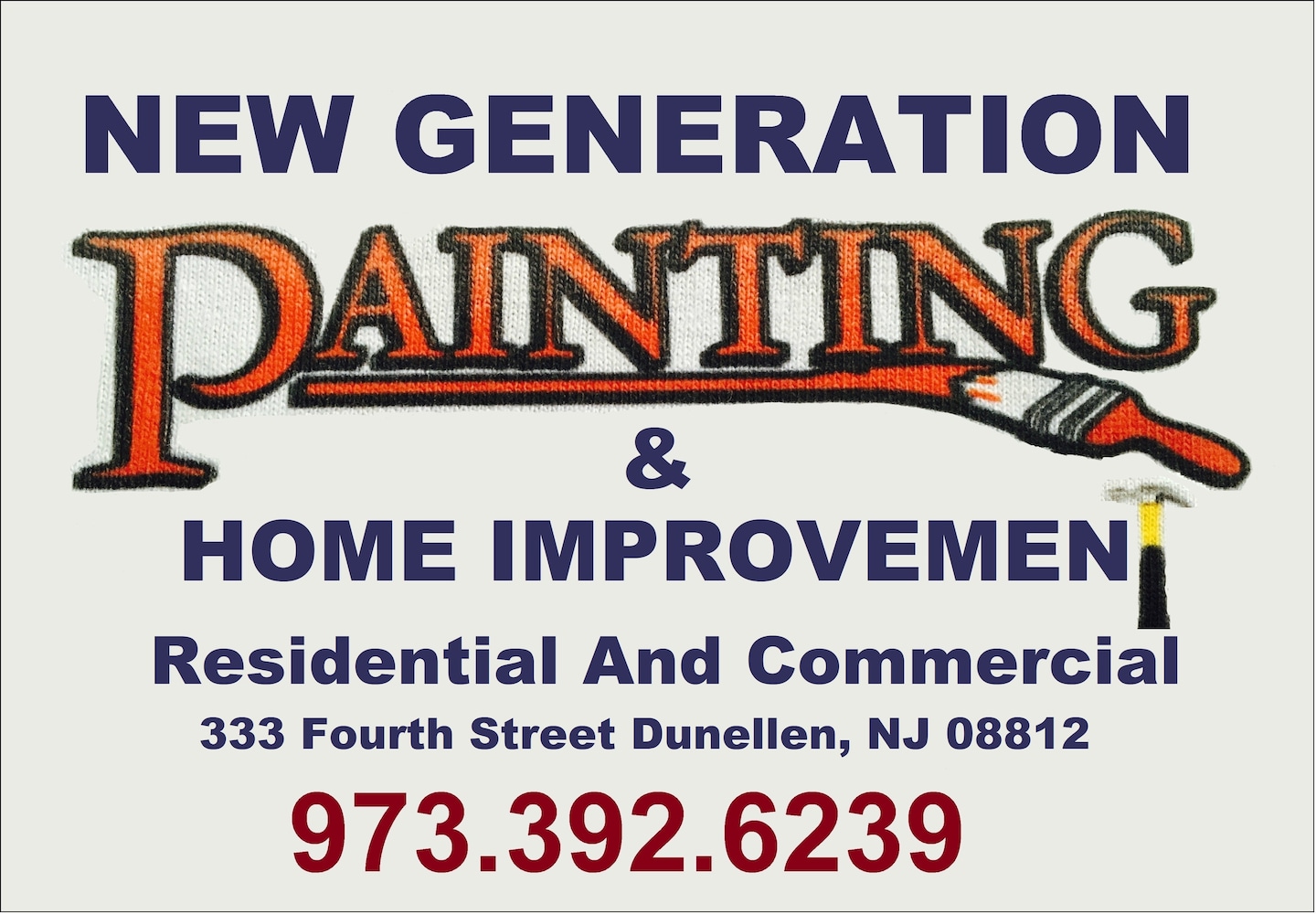 Founded undefined • With Angi since April 2015

New Generation Painting is best known for efficiency when it comes to handling all of your residential and commercial painting and home improvement needs, both interior and exterior. Our customers want a professional service provider that knows how to do its job and communicate responsively, and we work diligently to achieve that. ...

I purchased a home back in March 2021 and needed almost the entire interior repainted before moving in. William and his staff were professional and responsive. The price they quoted was fair. They said they could get the job done in 5-6 days, and actually finished ahead of schedule. I stopped by a few times during the project, and noticed a thorough job covering/protecting the floor and ceiling fans (we no furniture yet). A few weeks after the job, there were a couple of cracks in one of the rooms, due to some settling, not their workmanship. William stopped by to take a look, and instead of charging me for extra work, told me it's something I could fix myself and advised me how to do it. It has been 6 months since they painted, and the paint job still looks as good as new. I would hire New Generation again.

Description of Work
Painting interior of the house

I can't speak highly enough about the team at New Generation. We did a mini kitchen renovation, backsplash, counters, new lighting fixtures and paint. The team was fabulous. The carpenter hand crafted new window sills to match previous sills and brackets to support our extended island. He is meticulous with his work. The electrician was very knowledgeable and helped us with our lighting lay out. The painter was so precise, he did an amazing job covering the holes the previous lights left, my ceiling looked brand new. They are great workers, but we got many quotes and their pricing was more then fair and reasonable. I highly recommend and would use them again. They've done work for many friends in the area and no one has any complaints. William is really responsive as a project manager and very knowledgeable especially with older homes.

New Generation did an amazing work! This was a very challenging job because our house had to be stripped down to the bare wood. The team was incredibly professional and really responsive. They cleaned up after every day and left the house in perfect shape when they were done. Other painting companies were afraid to take this job on. New Generation hit the ball out of the park.

Very professional, honest and more than willing to work with us for ideas for remodeling. Thrilled with all the work, from the painting to the lighting to the construction of a new mantel. Happy with the remodeling of the bathrooms. Workers were hard working, neat and courteous. Looking forward to working with them for a spring project.

New Generation did an unbelievable job prepping and repairing walls. Old plaster walls look like brand new sheet rock after painting. Workers were very professional and cleaned up well after the job was done. I highly recommend new generation painting.

Beautifully. As much a restoration as a paint job.

painting quality was okay, but way overpriced I thought compared to work amount

Hello Mr. [Member Name Removed], We would like to thank you for your business. Our apologies if you feel that our prices were higher than expected. We did provide all materials and paint. Unfortunately we do not have as much wiggle room with the price when it is just one room, since we have to make a special trip just for that room. Usually the more rooms we get hired for, the more we can work with the pricing. Again, our apologies for the pricing. We wish you the best with your future projects. Best regards

William was so prompt and fair with his quoting process. As you can see, we had multiple phases of work done and A LOT of changes throughout, and he was always so patient and understanding. His team got the work done in a timely fashion throughout the whole process and the end results are great! They took challenges and my crazy ideas really well and we ended up with a lot of customization in our home.

It was great! William and his team are pros- detail oriented and fast!

The crew was punctual, polite, hardworking and finished the job fast. Not only did the contractor give good prices but he was very understanding and made sure our experience was top of the line. I would definitely recommend this business to anyone as well as rehire to do more work on my home! Pleasantly satisfied with the outcome and I appreciate the great business.

He was honest, and extremely professional. I felt really comfortable with him. If I need a deck, I would definitely hire him. And, he was the only one who replied to me after a few hours.

Description of Work
I asked him to do deck repair but he was honest to tell me that he only builds deck.

Good afternoon Ms. [Member Name Removed], Thank you so much for sharing your experience with us. We apologize for not being able to assist at this time but please don’t hesitate to reach out to us for any future projects. Best regards!

It was great. Work started on time and workers were very thorough. Furniture and flooring was covered to protect from damage. And clean up was great. Would highly recommend.

Excellent. I contacted New Generation painting for an estimate and the same day I had an itemized estimate of the work I wanted to get done. William came to my house at the scheduled time and listened to what I needed and wanted done. He is very professional and reliable. Once we agreed on the price, which I found to be very reasonable for all I was getting done, his painters came on time and worked diligently each day. They were a pleasure to work with, any concern I had they addressed and handled with no problem. His carpenters came and executed the job as I expected. Lastly came his gutter crew and their job was exceptional. I would most definitely be contacting William for additional work I will be doing in my house.

Description of Work
Replaced all my windows frames and windowsills, replaced my front door frame, installed new gutters and downspouts around the house, sanded the house to bare wood and painted the house and the shed.

William was excellent in understanding my exact needs and prioritizing all the projects. He and his team were very professional. I will definitely recommend New Generations and William’s team. I’m looking forward to him doing more work on my house.

The work was done expedient the workmen were professional and worked together I was pleased.

Description of Work
Painting the front of my house

Excellently! Workers were efficient, professional and helpful with any questions we had. Their work was very thorough!

Easy to work with. Crew was always on time and cleaned up well after themselves. Quality of painting was excellent. We have worked with William before and one of our projects was done a year ago (including outside of the house) and is holding up well.

It did not go well. He only ended up redoing the front entrance. He had all these positive reviews and after we put the down payment down, he was out the next day to demolish the front entrance. About a week later, he came back to work a little more. He kept doing a little more and then would disappear. He told us twice he was in the hospital. We could not go out the front door for two months.His work was good but not stellar. We refused to pay him the remainder of the money until he removed the debris from our yard that was from the demolition. We had to hire someone else to finish the railing.

Description of Work
He was supposed to paint the house, put a roof on the garage, and reconstruct the front entrance, They took out our stairs but we had to pay someone else to put in the railing.