Family owned & operated. John's Painting is a business founded on the basic principles of honesty, quality, and customer service. John’s Painting is one of the area’s largest and most reputable painting contractors. We have proudly served customers in Somerset and Morris Counties for over 28 years. Interior and exterior house painting are our specialties. Professionalism in our work is apparent by the countless references from satisfied customers that we will gladly provide upon request. We pride ourselves on excellence in workmanship and superior service. We use only the highest grade of materials and do the necessary preparation work insuring long-lasting quality results. We stand by our work and reputation, and look forward to serving you. So call today for a free-no obligation-estimate. Award winning.... 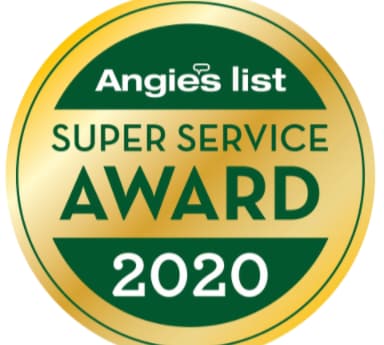 This is the 3rd time I hired John’s crew they are truly amazing !!

Chased Yerik around 4-3weeks to get an estimate. After several times reaching out to Yerik, I reached out to Joseph who is the business partner of the company. After 3-4 phone calls he finally told me that I asked him that the painting will be scheduled on Friday. Joseph stated that he can't promised that the work will be done as the owner John is away in Florida and he have to review the schedule when he returns. Joseph also stated that the painting schedules are done by John every Saturday. After reaching out to Joseph Saturday and Sunday, Joseph finally returned my phone calls on Monday. When Joseph spoke to me on Monday, he stated that the painting will be done this Friday. At that point I ended the phone conversation with Joseph and the expectation that the job will be completed on Friday, so I didn't hear anything back from Joseph until late Thursday evening. When I woke up in the morning the next day at 6:30 AM, I saw Joseph text that "I tried to call you last night but you didn't return my phone call, so I sent the painter to the other house since you didn't confirm the appointment for Friday." I texted Joseph back and stated that I expect that the painting will be done today as in Friday and what time should I expect the painter to come to my house. I have not heard anything back from Joseph, so I texted him back at 10 AM, I still not receive any response from Joseph at this point. At 3:30 PM, I received a text from Joseph stating that "I can't come to the house today and he asked if Saturday will work instead", I said No, Saturday does not work and I would like the owner John to call me be back as I'm very frustrated and feel that I'm treated very unprofessional as a customer. John Called me back on Monday and I explained to John how I was displeased how Yerik took 3 weeks to get me an estimate and Joseph cancelling my job the night before and I also told John how Joseph was cursing on the phone and that was very unprofessional, I also told John I needed him step in because Yerik &Joseph are not capable in doing business when John is away in Florida. John said to me it's funny that you say that because you are not the first customer to tell me about this with Joseph. John told me that he will personally come to my house to give me a propose estimate for the painting that needs to be done at this point of time. it's been a week and a half and I still haven't receive a phone call from John to schedule the personal in home visit to give an estimate and proposal so the painting work that needed to be completed. I had to hire another painter to complete the work. I don't feel that John's Painting Company should be a member of Angi.

Quality work completed in a timely manner. Professional painters who kept the area neat and put everything back as it was when they were done. Would highly recommend.

They did an excellent job, and were very helpful with their color palate, they were dependable, professional, easy to work with and reasonably priced. I highly recommend Johns painting

The inside looked great when they were finished and it took some time as several of the ceilings had started peeling and one had been opened up and closed again due to remodeling work . the outside door was also a challenge. After two coats of prime and two coats of paint we were still a little disappointed with the results, John's folks came back and graciously applied another coat to the door. afterwards it too looked great. John did not add any additional charge for his folks to come back and apply one more coat. Would definitely use his folks again.

Description of Work
Needed three ceilings and one hallway painted as well as the outside of the front door .

The entire team from John’s painting was awesome! From Joe to Duvan… simply professional and dedicated to their craft. They were responsive to all of my concerns, which were many, and extremely patient with explaining what to expect and how they would remedy the issue… if they came up. Very happy and satisfied with the entire process. Even my wife was impressed… which hardly happens. Thanks again Joe and Duvan for professionalism and the great job you did on the house!

John didn’t back guarantee - We’ve used and recommended John’s Painting on several occasions. After the last time in August 2016, we started to see paint peeling and chipping after 3 years. Due to the pandemic, we put off calling John until after the summer. John inspected in Sept. 2020 and said it was due to the condition of the siding but would call us with a restoration estimate and an estimate without restoration where he normally does cost sharing. We also had new siding in similar condition. John didn’t call back or return our many calls between Fall 2020 to Spring 2021. We’ve moved on, but if you looking for someone to back their work, I recommend you use a different company.

John was able to accommodate a special need. I had 16 new doors delivered to my home that needed to be painted off-site. He remained flexible and ready to pick them up on short notice. They were painted and returned within 3 days, and they came out great.

Joe was excellent. I spoke to him one day about my urgency to have the job done. And when I got home from work the following day the job had been completed. I could not have asked for better service. I will use John's painting for my next paint job and highly recommend them.

Description of Work
Painted the outside foundation of my house.

Excellent! John and his team did a terrific job. Took time to help us choose good colors, did excellent preparation and finishing, and clean up afterwards very well. Overall we were very satisfied and would have no hesitation recommending them

They did a great job, and John really helped us nail our accent color.

John's Painting is a local contractor who has great prices and the guys take pride in their work. I will constantly recommend this company anytime anyone asks for a painter.

Excellent. Everything about my experience was great. I was so pleased with the quality of the work and the supervision of the men doing the work. I would recommend and use again.

John and his team were absolutely incredible. John was very helpful, definitely very knowledgeable, outstanding in the quality of the work his team performed and he truly went above and beyond to make this project a success. This was not an easy project but it was a very successful project BECAUSE of John and his work. I cannot say enough good things. I won't hire anyone else for any painting job on my house. Well done!

Description of Work
Painting and repair of house

Working with Johns Painting has been nothing short of great. Yerik was great to work with. He answered all my questions in a timely manner and and is very knowledgeable. He and his crew did an excellent job on this project. When it comes to staining my deck again, Johns Painting will be the company I call.

thank you kindly it is all pleasure
5.0

We were extremely pleased with the overall skilled services of the professional team who transformed our home to its original beauty. The entire process, from preparation to repairs and painting, was completed with the utmost attention to details and our wishes. The best part of all was John's very fair and reasonable pricing which also included a bonus, a two year warrantee on the exterior paint job. Now that's a sign of confidence in the service his team provides to his clients.

Description of Work
The exterior of our cedar board home was in dire need of repair. Not only had the paint begun to peel, but also the wood trim, including the entire frame and sill of a large window along with the corner posts of the house, had suffered water damage over the years, thus needing replacement and/or repair.

Very well. He came out and did everything I asked. Very good work.

Description of Work
The exterior painting

Painted exterior siding and trim of house. Crew performed the work as scheduled, and did a thorough cleaning, and detailed paint work. Finished the work per the schedule promised.

Hire John’s Painting without hesitation—you’ll be happy you did. Very reasonable pricing (not the cheapest quote but definitely on the low end), very high quality of work, no cost overruns, and just a positive overall experience. As first-time homeowners we took on these improvements with trepidation: had heard plenty of horror stories about contractors who show up whenever they feel like it, leave projects unfinished and find creative ways to charge multiples of the agreed-upon price. John’s Paining has put all these fears to bed and then some! For starters, Yerik refused to take a down payment, even though I offered it twice—what a great way to signal to a customer that they run an honest operation that does high quality work. The quality of their work indeed exceeded our expectations—everything looks fantastic! Yerik is 100% focused on keeping his customers happy. A couple of times my wife and I made some bad design choices, which resulted in extra work for the crews. Yerik easily could have charged us extra, and it would have been fair. Only that he didn’t charge us extra--just got it done with a smile! He was also very helpful with design decisions (lighting fixtures, paint colors, etc.) and worked miracles to accommodate our busy schedules even during their busiest time of the year. We will be hiring John’s Painting and Yerik for many years to come.

Description of Work
Over the last month, crews managed by Yerik have done a lot of work on our new house: repainted the entire inside, entrance door and shutters; rebuilt all the closets; replaced every single door and lighting fixture (chandeliers and recessed); power-washed/sanded/repainted the deck; and updated the plumbing in one of our bathrooms (the plumbing was done by one of their associates).

John and his crew were outstanding! His base price was fair and honest and each upgrade we selected was assessed fairly. John and his team were friendly, thorough, and punctual. His team was meticulous in doing each step 100% right before moving on to the next. There was no rushing through the motions. They were happy to touch up or fix little things we noticed and immediately addressed any concerns we had. John even took the time to entertain our young daughter while she was having a pretend tea party! Kind, honest, and personable. Highly recommend John and his team!

Description of Work
Exterior Painting of House and Foundation