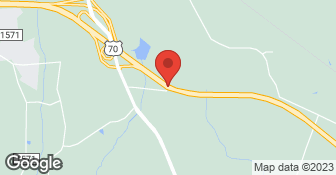 We are a full service General Contractor but we also offer many small services to help you with any needs. We do all kinds of new construction from residential to commercial and also offer many maintenance choices from your yard to your roof....

We use a state of the art technology developed by the department of transportation (D.O.T.) for highway repair adopted for industrial and residential applications. We use Polymer Injections for concrete raising and our permanent repair is guaranteed. Our high density polyurethane repair material is made from naturally grown and recycled sources which supports Green technology and protecting resources.  …

We provide sealed and conditioned crawlspaces, we also install insulation, french drains, dehumidifiers, vapor barriers, and provide water restoration services such as mold remediations plus more. We are a locally owned and operated company and provide a personalized experience for each of our customers. With over 10 years of experience we promise to get the job done right !  …

Never happened: Mother payed deposit of almost $500 and just over 2 months later, still getting jerked around as to why its not even SCHEDULED yet. Mr Lands is quoted as saying "you're not getting your money back" even though the contract clearly states there is a 15% cancellation fee, "do what you gotta do" is in regards to my mother trying to get her money refunded, and "you're not a priority" i...

Not well. Been at least 3 maths for a 3 day job quoted. Took materials we or for. Cashed check for lament and refuse to complete work

Description of Work
sided old home and addition. Kept materials we purchased. Quoted $3200. Charged us for 'gas' and for specific workers who did not work on our job. Promised to finish 'next week'. Never did. The installer told my husband yesterday they would not be back. I paid them in full and check cleared. Left trash in my yard and siding is falling off house. They never finished front and left my front porch unsafe and unusable

Absolutely terrible experience. Had these guys redo my roof a while back, and while they seemed to do a good job, they started a week later than quoted, it took 3 days longer than they quoted, and when they finished, they left close to 20 pounds of nails and debris around my house. I still find felt tacks to this day. After cleaning up the mess myself with zero compensation from them and nothing m...

This company is NOT a licensed LLC with the Secretary of State's Office nor registered with the BBB as stated. Be very careful.

Description of Work
Completely ruined my home. Two contractors have given me "quotes" on what was done and they have never seen such horrible work. I have been told "generously," he maybe put $85,000 into my home. My home was better prior to the fire. The ceilings are sinking, the hardwood floors are separating (we are talking inches here). It's a hot mess. I would not use these people. I hope they are out of business. His employees' stole personal property.

They did an awesome job...I could not be more pleased! First I'll start by saying that I initially had intentions on hiring them to paint the inside of my house; however, during the process of setting everything up I had storm damage to my roof which caused many leaks so I had to switch gears. They were so helpful - especially when helping me stop current leaks and potential leaks so that I would have minimal damage inside. They also helped me deal with my insurance company and making sure the insurance company did their part. After everything was done I had a new roof and I was still able to paint the inside of my house. They were professional, thorough, prompt, and accommodating to me and my needs. I'm very particular about who comes in my home and I also have 2 cats that I wanted to make sure were safe during the process. With that said, I did my homework and Total Construction was highly recommended to me by a friend who knows how peculiar I can be at times. She has dealt with Dale Lands many times and everything she said about him and more was true. I've always gotten 3-4 estimates anytime I have any repairs/remodel to my house and their prices were very reasonable and they also offered several payment options so that I could find one that was best for me. I will definitely use them again for any home improvements I have in the future.

Description of Work
Replaced my roof, painted the interior walls and ceilings of my home, and installed a ceiling fan.

Description of Work
Total Construction by Dale Lands was hired to completely tear down and rebuild my three-story family home, restoring it to "its original condition or better" from fire and water damage due to an electrical house fire from July 2011.