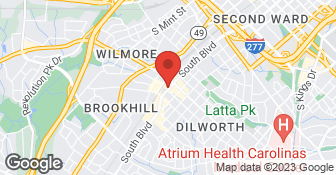 Mediterranean Tile & Stone offers personalized, full-service design and customer service. Our showroom and design center provides guests with exceptional interior and architectural ideas, and presents customers with high-end design at an affordable price. Mediterranean Tile & Stone maintains a high-level of integrity, while meeting the demands of a fashionable, yet functional tile, as needed in today's market....

Description of Work
Excellent design for updating bathrooms. Great help in selecting materials and contracting the project. Easy to work with on a complex project.

It took them 3-4 months. They started in October and it was for the entire bathroom. They did the flooring, vanities and installed bath tubs. The job went perfectly. We love the work and loved the result. They were awesome to work with. It was beautiful. They are from Turkey and we went with them because they really know how to put and design all this marble together. It is more of their culture. The fact that they were Mediterranean people they knew how to put this stuff together. It is just a great job. It was a higher priced marble but the price was worth it. I loved all of those guys. They were a smaller company and it took them a while. They have a crew or maybe 2 and they were smaller than other businesses so it took them a little longer but there was no problem and it was worth it in the end. I don’t have anything negative to say about them. I just loved their work. I really like them and I might use them for the kitchen next year.

Description of Work
I used the services of Mediterranean Tile and Stone to do the bathroom remodeling 2nd week of January.

This company is completely unprofessional. There was no project management. The designer lady who worked for them and who sold us the job, apparently quit the week after we gave the company our deposit. No one told us. She was supposed to be managing our project. The owner of the company, Sophia, never called us to update us to this change. It became our responsibility to call the store when their tilers were late, when they failed to show up for work, and when there were numerous problems (the wrong tile was laid, the tile was hung crooked, damaged cabinets, damaged baseboards, stained tile, tile scraps left on our yard, etc). The owners lied to us on NUMEROUS occassions about why their workers did not show up at the house, and about credit that was due to us (my husband ended up demo-ing the entire bathroom tub area and the shower because their workers didn't show up to do it). They lied about freight charges (they will tell you that they get their tile from Florida, which in reality, they get thier tile from a local tile distributor that is open to the public in Charlotte, called Turmar Natural Stone). In a nutshell, after entering the second month of renovations on a job that was told to us that would only take 10-12 days, we were beyond frustrated. The final straw came when their tilers came to grout the laid tile. The grout was applied improperly (too much water?) and resulted in a white discolored stain on the gout lines. We were furious. To make it worse, the company then wanted to blame the discoloration on the grout manufacturer (note, the very same grout from the same grout bag was also applied to the area around the bathtub the day before, and that grout color was fine). We realized that this was going to turn into a blame game and further delay the project. Ultimately, we no longer trusted these people, and we hired someone else to finish the job. MT never once apologized to any of the problems that we had with them or their workers. They made so many mistakes, and not ONCE did the owner, Sophia, call us to say she was sorry, or take responsibility for their actions/inaction. MT wanted the full balance for the job, and we refused to give this to them. We hired an attorney and they eventually settled for an amount that we agreed upon. BEWARE: stay away from these people. They will lie to you, and they will promise things that they don't deliver. If you are stupid enough to use them, get EVERYTHING in writing, including the FINISH DATE. We have numerous emails about our complaints to them, their responses, pictures of their work, etc. if anyone need verification of anything that we have stated. Good luck, and remember, ALWAYS GET REFERENCES before having people work on your property! We did not do this because the owner, Sophia, is an aquaintance of a friend of ours, and we trusted her.. Never again.

Description of Work
We contracted with MT (Mediterranean Tile and Stone) to remodel our master bathroom. We paid them a deposit in June 2010 for a job that was supposed to take 10-12 days, as promised to us by their "designer" who is no longer employed by them. As of August 6th, 2010 (2 months later) the job was still not complete and we were forced to hire an attorney to resolve the matter. The matter was resolved, in our favor, and we only had to pay them for what they did up until August 6th. We had someone else finish the job for us. MT was supposed to provide: project management; demolition of the bathroom floor; tiling and grouting of the floor, the shower and the walls around the tub; and installation of a new bathtub.

We have the experience and dedication to get the job done right! Specializing in Masonry, Patios and Outdoor Living spaces services; We guarantee your satisfaction, and we won't leave until the job is done right. We pride ourselves on the quality work we provide, while delivering great customer service! Call or click for your FREE estimate today!  …

We are a small crew that focuses on remodeling and new construction, providing the best quality work for the people that put their homes in our hands. We specialize in painting, drywall/sheetrock and everything that comes with it. We also offer framing, pressure washing, and cleaning services. Just send us a message and let us know whatever you need!  …

Insured
All statements concerning insurance, licenses, and bonds are informational only, and are self-reported. Since insurance, licenses and bonds can expire and can be cancelled, homeowners should always check such information for themselves.To find more licensing information for your state, visit our Find Licensing Requirements page.
General Information
Free Estimates
Yes
Eco-Friendly Accreditations
Yes
Payment Options
Check, PayPal
Senior Discount
No
Warranties
Satisfaction

How is Mediterranean Tile and Stone overall rated?

Mediterranean Tile and Stone is currently rated 4 overall out of 5.

What days are Mediterranean Tile and Stone open?

Mediterranean Tile and Stone is open:

What payment options does Mediterranean Tile and Stone provide

Does Mediterranean Tile and Stone offer a senior discount?

No, Mediterranean Tile and Stone does not offer a senior discount.

Are warranties offered by Mediterranean Tile and Stone?

No, Mediterranean Tile and Stone does not offer warranties.

What services does Mediterranean Tile and Stone offer?