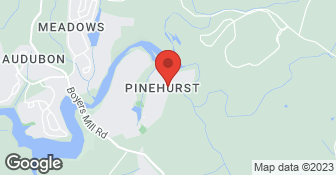 License - #16289. ClemAIR Heating and Cooling is a veteran- and family-owned and operated full service heating, air conditioning and ventilation (HVAC) company. We have over 20 years experience working on residential and new construction as well as providing a full range of HVAC equipment sales, service and installation. Serving Frederick, Montgomery, Anne Arundel, and Howard Counties in Maryland. We offer: One of the most competitive service rates in the industry. Free estimates and second opinions. Convenient evening and weekend hours. Affordable and comprehensive service contracts and maintenance agreements which include: two annual service check-ups (spring/fall), all labor for emergency repairs, and discounts for optional services. Seasonal promotions, discounts and rebate offers!...

We have them out every 6 months. We actually have been using them since 2011. We found the owner on Angie's list and he reincorporated the last year or 2. He is absolutely phenomenal. I would use them again.

We smelled a burning odor coming from the vents in the middle of the night. Called Clem Air the next day (which was a Sunday) and made an appointment for the following Monday. Jason arrived on time and inspected the unit (which was 22 years old) We decided that it was time for a new unit, We scheduled the installation for the following Saturday. Installation was great, removed old unit and installed new one. Jason was very friendly and professional.

Description of Work
Prompt and professional. Jason installed a new furnace that was just right for our home and within our budget. Would highly recommend.

We have a two unit HVAC system, the downstairs was cooling consistently, but upstairs we couldn't get it to cool below 75 degrees even running it 24/7. Our neighborhood has a community Facebook page (I'd imagine most do these days) and we asked for a recommendation on who to call for service, time and again they all said Jason at ClemAir. We called Jason and he came out the same day at 8pm. When it's hot in your bedroom at night, you don't care when someone comes, you just want them there ASAP, so Jason being able to fit us in that late in his day was great. It didn't take long for him to determine that the unit itself still had some life left in it, but it was low on Freon. He added 2 pounds and almost a month later it's cooling like a champ. We've only lived in this house a short while, but the system itself is about 8 years old and probably doesn't have many more seasons in it. Whenever it does decide to go at least we now know who to call. Jason's price's were absolutely reasonable, and the way he took his time to track down the problem, fix it in a budget friendly manner without even remotely trying to upsell us on a new system gives me the confidence that whenever we have an HVAC related issue we know exactly who to call, ClemAir.

Description of Work
Came out and checked our HVAC system to diagnose why it wasn't cooling.

We have six homes throughout MD, investment property's, and family homes and ClemAIR has always given us the best service and pricing out of anyone we have found.

Description of Work
This service call was for a check out of filters and to check out the system before we sold. I could not recommend any company more than ClemAIR!

I’m getting my mom’s house ready to sell and I’d been concerned about problems she’d mentioned in the past about her heat pump. She’d had it serviced a few times by the people who installed it in 2006 (not ClemAir), but I wasn’t sure they’d solved all the problems. I scheduled with ClemAir (emailing from San Diego, where I live), to do the work in Annapolis, after I got there. ClemAir is very easy to work with by email, not just the phone, which is something I’ve found lacking in many contractors. Jason was punctual and professional. I’d had a similar inspection done at my own home by a top-rated Angie’s company (at a higher price) and Jason was every bit as thorough. He gave the system a clean bill of health, except for the filter, about which he was very clear regarding what to buy and how to install it. Couldn’t be happier.

Description of Work
Heat pump system annual service and maintenance inspection. Jason checked the indoor coil (he had to explain all this stuff to me), the drain systems, thermostat controls and wiring, auxiliary heater, outdoor heat pump and refrigerant levels.

You and your family deserve to receive the best care and the best service. Not every heating & A/C company gives you the quality people and care that Presidential does. We offer 40 Years of Award-Winning Quality People, Quality Installation, and Quality Service. Delivering this quality service and care for your home is our commitment to you! Family-owned and operated, Presidential specializes in residential and light commercial service and installation throughout MD, VA & DC. Ask us about our system replacement specials and The Advantage Maintenance Plan for preferred VIP service. Presidential has been awarded the Carrier Factory Authorized Dealer Award and is a member of the ACCA (Air Conditioning Contractors of America) and the Quality One service network.  …

How is ClemAIR Heating and Cooling LLC overall rated?

ClemAIR Heating and Cooling LLC is currently rated 5 overall out of 5.

What payment options does ClemAIR Heating and Cooling LLC provide

No, ClemAIR Heating and Cooling LLC does not offer free project estimates.

No, ClemAIR Heating and Cooling LLC does not offer eco-friendly accreditations.

Does ClemAIR Heating and Cooling LLC offer a senior discount?

No, ClemAIR Heating and Cooling LLC does not offer a senior discount.

Are warranties offered by ClemAIR Heating and Cooling LLC?

What services does ClemAIR Heating and Cooling LLC offer?