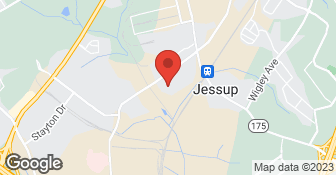 At American Remodeling Corp. we are dedicated to completing each job to our customers’ complete satisfaction, utilizing top quality materials and superior workmanship. Whether your home needs windows, siding, roofing, an addition, a patio, basement work, kitchen work, or more, we can make your dream a reality. American Remodeling Corp. has the experience and reliability that you and your home deserve.LICENSE NUMBER: 120442...

The door installation and craftsmanship went ok. The sales experience and follow-up have been poor. The salesman Ryan is not accessible nor accountable for lack of timely replies via phone nor email. The only means of communication after initial consult and decision to move forward seems to be through their info email address and having to call their front desk during business hours where you leave messages. The worst part though has been the followup post install and after money paid. The retractable screen door quickly became nonfunctional. I've left email after email to various contact points at the company over a many month period now and haven't heard a single word back. One main reason I chose them was their reviews online here and their warranty. It seems they are dodging me now. For the money spent (they were not least expensive at all) and the reviews, I am at a loss and it would be hard for me to trust them or recommend them at this point.

I actually give them 5 stars for the quality of work and the price. But only 1 star for management and customer care. So the result is a 3 star review. They installed a new patio door for us. The result is terrific - both in the quality of the door and the workmanship. It's been through several hard rains now, and no problems whatsoever....five stars for all of that. So the problem is this: during the above project I only ever received feedback about the status of the material order, estimated dates to start the project, etc. by reaching out to them. They were completely reactive as opposed to proactive.....in other words, they never took the initiative to contact me with updates. I lay this criticism mostly at the feet of the sales rep, Ryan Patrick, who was my primary point of contact. I often had to level 2 or 3 messages for Ryan before he would respond. And to be clear, I was not pinging him daily or weekly - this was once every 5 or 6 weeks. In spite of that, they did such a good job on installing the door, I wanted to have them do another one on our lower level. So I reached back out to Ryan - twice, with no response. Then I used the contact form on the company website - no response. Then I sent them an email directly - no response. So I guess business is good enough that they do not want/need to consider us as ongoing customers. It would have been nice to get some kind of feedback - even if it was "hey, we aren't interested in bidding your work." Instead there has only been silence for the following weeks. I don't know at what level of management/leadership this disappointing level of customer service originates; but it's been aggravating enough for me to take the time to write this review.

This is an update to my earlier review about this company. Despite the five year warranty it was a fight to get this company to fix anything from the large remodel they did for us. The roof they installed began leaking into our living room at the five year mark (when we got up into the attic we saw it had been leaking for years) and we had a big fight to get them to come fix it. First they said they did not install the roof and then when we proved they had installed it they said it was past warranty. Which contractor feels good about a roof they install lasting for only five years??? They finally came out to fix the roof but have refused to fix the huge hole in our ceiling. Beware of this company, unless you want to find yourself dishing out money to fix their mistakes!!!

This job was completed in 2014 and was never paid for in full. There is an outstanding balance on the job. The homeowner called about a roof leak after her five year warranty was up. We sent our guys out to find the ridge vent had been damaged by wind, which is not a warranty issue. American Remodeling was kind enough to repair the roof for free even though the job was never paid in full and it was not our responsibility to fix the wind damage. As a thank you for the free repair, we get a negative review on Angie's list because we will not provide interior repairs for free also.
5.0

American did an amazing job and I couldn't have asked for more! Bob Magersupp was my first contact with American and he came to our home to review the work to be done and give us an estimate of the cost. He was great! Very patient with us! Now about their work.....it was excellent! The new floors are perfect, the painting, bathroom remodeling everything made me love my home again!!! Thanks also to Tony and his crew for such great work! We had to put all our furniture in a Pod and move out for a couple of weeks. We had a flood so there was more to this transformation that meets the eye. Their communication (Bob) with our insurance company not only impressed us but our adjuster as well. It was all worth it! Thanks to Cindy the woman in charge....AND they cleaned up great. The house was move in ready.

Description of Work
New Floors throughout the house, remodeling a bathroom, interior wall repairs and painting the entire interior.

Our experience with American Remodeling was an excellent one. The sales people were very helpful and professional. The workers were professional and very accommodating. At times, additional conveniences were added without extra cost. The overall cost was very reasonable. I am always willing and happy to recommend American Remodeling.

All went smoothly and quickly. We love the way the contractor finished-off the surrounds around the windows to frame them -- gives the house facade more architectural interest and a finished look.

Very good job. It was many years ago so can't recall details of process, but no complaints.

Description of Work
Removed old concrete side deck (off of kitchen door). Built a new one using "Trex".

Very well. We hired American Remodeling Corp at least three times for continued renovations and staged replacement of all windows. Richard did a very nice job each time.

I was very pleased on the quality of materials and workmanship.

Dear Angie's List member, thank you for your review! We truly enjoyed working with you on your siding and gutter project and look forward to the opportunity to work with you in the future. Regards, Team ARC
5.0

The men were very responsive to our needs, willing to do the project to satisfy us. It was easy to communicate with everyone there . We would definitely hire them again.

Dear Angie's List member, Thank you for your kind review! We appreciate you taking the time to provide your feedback, and we're so glad you had a positive experience with our crew! We look forward to working with you in the future. Regards, Team ARC

Welcome to Painting Coronado Services! 26 years of work experience in handy work, I'm passionate in providing my services to better the community and grown myself as a person, and also a business. My specialty is in painting, door, window, carpet, siding, and roofing installation. Please shoot us a text to write you a free quote.  …

C& painting llc. Are a painting company operated by the owner and with more than 20 years of experience in Exterior and Interior Paint works. We also do lead paint encapsulation. The satisfaction of our clients and our high quality is our best reference. You can also write to us at cpainting16@gmail.com or visit us at our website WWW.C-PAINTINGLLC.NET It will be a pleasure to help in your next project. Full licenses and insurance MD. MHIC #05-133056 Dc Gc Lic #4105166000208 C& PAINTING LLC:  …

Definition Painting Services, Inc. is a small, family owned & operated business located in Howard County, MD. We employ more than 15 + professional staff members. The owner is our estimator and general manager. Though our foreman run the crews, Joel is available on a daily basis to ensure complete customer satisfaction. We only use high quality products, and are certified in lead paint removal. We accept checks and Visa/MasterCard.  …

American Remodeling Corp is currently rated 4.5 overall out of 5.

No, American Remodeling Corp does not offer eco-friendly accreditations.