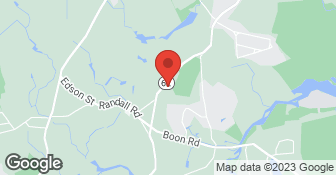 Classic Metal Roofs LLC is an exclusive dealer of Classic Metal Roofing Systems, Inc, for all our metal shingle profiles, which has been in business for over 34 years, and is considered the leader in metal shingle roofing. We also supply and install Englert Inc, standing seam aluminum roofing systems. We have been in business for well over 13 years and provide our customers with a worry-free roofing future. Our caring, consultative approach hinges on our commitment to providing you, the consumer with a product that is long lasting, strong, energy efficient and beautiful enough to be considered “the best roofs under the sun.” Let our award winning crews install the last roof you will ever need. Our crews are our own employees, we do not use sub contractors. Additional email - info1@classicmetalroofs.com. Additional contact name - Reesa Gonet....

Color Matters Painting is a fully insured company including painters that have more than 10 years of experience. When you're looking for 'awesome', you can count on us. You are guaranteed professional, reliable, and honest painters. We have one mission- to beautify your home and exceed your expectations!  …

We are a local drain cleaning company who has been in business for over 30 years. We offer 24 hour emergency service, convenient payment options & senior citizen discounts.  …

Under Pressure has been helping to set the standard on exterior cleaning since 1999. Thousands of satisfied customers have helped to turn this family owned company into a leader in Massachusetts for green cleaning services. Our simple motto has also been to to treat our customers the way we want to be treated. We combine with fully trained cleaning technicians that care about the work they do. Let us show you how our company can safely restore the appearance for your home or business.  …

Hi Folks, For me, it’s usually difficult to post a review; as you want to be honest, impartial and “step-lightly” around any negative issues or concerns. This review was a total opposite, as the roof replacement on my home is impeccable and the craftsmanship displayed by Classic Metal Roofs is beyond reproach. I have to admit to some trepidation and anxiety around a roof replacement, as it’s not s...

The work was amazing. The crews were friendly, professional, and the quality of the work was top shelf. The communication with the crew and foremen was clear and wonderful. Vlad, Tom, “Jay Bird”, Charlie, Pedro and the rest of the crew were respectful and easy to work with. However, our contact at CMR was very difficult to get a hold of, was extremely unclear about scheduling and rarely responded ...

Was told 3-4 days to complete. They showed up a week later than promised. I received the draft report 2 weeks later than promised, littered with typos , I called the owner of the company who initially refused to speak to me or schedule a time to talk. Over a month later, I still do not have a final, signed report nor a timeline when I will receive one. I was also told someone would come to repair ...

Description of Work
I paid upfront for a report of my leaking roof by another company. I was also told someone would come to repair my roof the following week.

We never dealt with a person named [Member Name Removed] We dealt with [Member Name Removed]. This person met with our consultant when she first looked at metal roofing some time ago. She went with another company because their price was "much less". After the roof was installed, it started leaking right away. She eventually called our company to do a roof inspection because she wanted to bring a ...
5.0

In searching for a contractor they appeared to be by far the most experienced with metal, and that impression was borne out by their performance. Their website is very informative, and the local customers that they gave as references were highly satisfied and the results looked good. They were severely backlogged, but when the project was done the crew was excellent. They fully understood every as...

Description of Work
Replacing a large asphalt shingle roof with standing-seam metal over a cold roof.

What can I say other than Mike Gonet is the best! We had a major exterior renovation project, including installation of new metal shingle roof on the house and standing seam on the porch. In addition to the new roof, our general contractor removed the old siding, wrapped the entire house, and installed new cedar shingle siding. Mike and his crew worked with our general contractor to coordinate act...