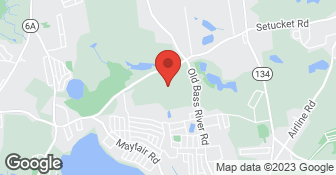 Sweetser Engineering has been in business over 60 years.

I doubt that the people of this company are in possession of their wits. At least that is the only explanation I can have for their irrational - and most certainly, unprofessional behavior. I called for an estimate on a plot survey and was promised a quote a call back the next day. Nothing happened. Called again, run into a person who seemed to be totally confused with what his job requires of him. Was he drunk, or does he have a cognitive problem, is not really a concern of mine. I wasted some effort and time on this, and I am sharing this experience so that you don't waste yours.

Per the agreement with Sweetser Engineering I paid a retainer of $500 and the surveyor came to my property and staked the property corners. The terms of the agreement also said I would I would be sent a final bill for the balance due after the work was completed. I never received a final bill and was never contacted by phone, email, or letter and simply forgot about it. While I was away without any warning the business owner (the surveyor) came to my property and removed the stakes. Since then I've called his office 3 times and left messages but he has not responded. As the matter stands I am out $500 and the business has not even attempted to resolve the matter.

Client did not pay is invoice after sending 6 months of invoices. It is now a year later. Is the post office that inept? His mailing address was rechecked with the town's assessors office to be sure we were mailing it to the correct address, we were. One would assume if someone was to be away for an extended period of time a forwarding address would have been sent to PO or someone would be picking up the mail to be sure important mail got to him.
5.0

They were here less than a week after paying the deposit. I am assume they are really busy because they came by at 4:30 and were here for a couple of hours, so clearly are working long days. The person who I assume was the owner was not very personable (maybe very shy), but they did a great job. Interestingly, I turns out that I had stone monuments at 3 of the 4 corners on my property, which they found buried under brush/dirt. The 4th monument appears to have been removed when my neighbors land was excavated. I am really impressed at how accurate surveying is in general that they can plot a corner, then dig straight down and find a monument!

Description of Work
I want to clear out my yard, but needed the borders staked out before the tree company would remove the trees

I can not not even begin to describe the incredible level of service we received from Robin. We were in a time crunch over a boundary issue with an abutting property owner, who had already started building a deck over our property line. Robin arrived with one of his men within 3 days. I received a prompt voicemail describing the situation and what had been done. (on a Saturday). They had to drill down to install a re-bar through buried pieces of concrete. Bound recovered at front common line. New bound set midway between front and rear corners of common line. Multiple colored photos were provided, along with the report, showing the bounds at different angles. On Monday, I received an e-mail stating that Robin (knowing we were off Cape) had gone to the Town Hall and spoken directly to the building inspector.

Description of Work
The fee included staking our lot and installing 3 bounds on the front and rear lot corners between our property and the property at #-- ---- Lane as well as a bound on the property line between the front and rear corners. The fee for the bounds is for installing and/or recovering existing bounds (if a wall, tree, pavement, cement, etc., is on the lot corner, a pin with a flag or a “drill hole” or other marker is generally placed instead of the stake or bound)

I had a terrible experience with this man, Robin Wilcox. When he finished the site plan, I saw immediately that he had made a huge mistake and was showing the lot to be far smaller - by more than half - than it actually is. When I pointed this out to him, and referred him to the deed showing the dimensions of the lot, he proceeded to argue with me that regardless of what the deed indicated, his plan was correct. He was intransigent to the point of rudeness. I had to get my attorney, who was working with me on another matter concerning the lot, and who had already researched the lot and its deed, to write to Wilcox to confirm that his site plan was incorrect and needed to be corrected. All of this was important because this was the plan that was to be submitted to Conservation, the Board of Health and the Building Department in town as part of the application to renovate the property on the lot. After he got my attorney's letter, which I still have, he did correct the plan, and charged another (approximately) $650 to do it, on top of the $3,000 he had already charged. I didn't think I should have been charged more, but he wouldn't release the plan until I paid the extra money. I would strongly urge anyone considering hiring Robin Wilcox to look elsewhere.

Description of Work
I hired Robin Wilcox of Sweetser Engineering to do a site plan for a small lot I own. It was a few years ago, though I cannot remember the exact date.

This property has been surveyed a number of times, so I got the name of them off of one of our earlier surveys. I was asking questions about the older surveys and he was able to pull some of the older stuff up. We are putting on an edition that may require me to go before the zoning board of adjustments so I had him come out and do a partial survey by citing all the buildings on the property to get all the setbacks correct. He made all the appropriate number of copies that I need to submit here in town. The work that was done met my expectations. The only issue was a little bit about promptness. I had called them two or three times to make sure that the job gets done on time.

Description of Work
I have used Sweetser Engineering for land surveying.

They were very nice on the telephone and scheduled me within a couple of weeks. I had a problematic property and they were able to get a report out to me fairly quickly. Their on-site engineers spoke with me and walked the property line with me and pointed out the four concrete monuments they had placed. The monuments were a hundred dollars a piece which were included in the total price. They also marked my three mid-boundary spots with a wooden stake. Their pricing seems comparable to other engineers.

Description of Work
I had some land surveying done by Sweetser Engineering. They surveyed a residental property and placed four concrete monuments.

Licensed
Insured
All statements concerning insurance, licenses, and bonds are informational only, and are self-reported. Since insurance, licenses and bonds can expire and can be cancelled, homeowners should always check such information for themselves.To find more licensing information for your state, visit our Find Licensing Requirements page.
General Information
Free Estimates
Yes
Eco-Friendly Accreditations
No
Payment Options
Check, Visa, MasterCard, American Express, Discover
Warranties
No

How is Sweetser Engineering overall rated?

Sweetser Engineering is currently rated 3.4 overall out of 5.

What days are Sweetser Engineering open?

No, Sweetser Engineering does not offer eco-friendly accreditations.

Are warranties offered by Sweetser Engineering?

No, Sweetser Engineering does not offer warranties.