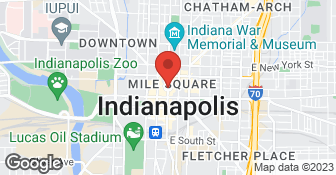 They did great. The price was good. The quality of their work was very good.

Description of Work
They did tree trimming.

Based on their recommendation, I haven't had the work performed yet, but will contact them again when I actually have the work done.

Description of Work
I contacted Scott Tree Care and they responded promptly and came out to look at a large beech tree that had a split in it. They indicated that the tree appeared to be OK and, that if we wanted we could have the tree cabled or we could wait till later in the fall to have the tree repaired. I didn't receive a quote at the time since they indicated that if we had them perform the work at a later date it would be cheaper due to the seasonal nature of their work. It was refreshing to deal with such an honest and professional company.

Great. Curt is one of the most responsive in the business. His prices are the very fair and he shows up when he says he will. He took down the two trees by the house and then identified two others that were in trouble and gave me a great deal to cut them down since he was already on site. His crew was professional and polite and did a good job cleaning up. My only complaint is that they missed two small dead trees in a area that they were cleaning. I will take them down this weekend.

Description of Work
Took down several large dead/dying trees by the house, removed debris, and cleaned up overgrown area.

First mistake, we paid before job was completed on Wednesday and they left. Went there Friday pm and had to call them to see when they would finish the job (cutting to 16'' pieces, and taking stumps to ground). The owner said they would return Monday or Tuesday. By Thursday am they had not been there. We called that afternoon, left message. They called Thursday pm and said they were there and were finished. We went there Saturday, and job wasn't down. Called left message; no response. Contacted BBB; they sent registered letter, returned "Refused." Went to small claims court, they sent registered letter, return "Refused." Still have not heard from Scott's Tree Care, and their workmanship was not satisfactory.

Description of Work
Take down 5 large trees and remove 2 overgrown bushes. Brush was to be hauled away. Remaining trees were to be cut into 16'' firewood size pieces for easier handling. Tree stumps were to be cut down to ground level.