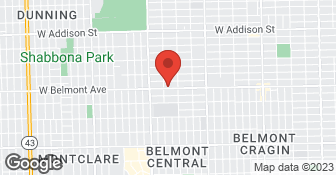 We, at A & D Home Improvement, LLC, pride our company on reliability, great communication, integrity and quality work. We are experts in our trade and will do our best to keep you as educated as we can on your particular task or project. We look forward to earning your business!

Fantastic job! Ian Holland was great to work with. Even if they hadn't been the lowest bidder, I likely would have hired them because of their outstanding service. I only considered highly-rated Angie's List roofers, but they were hands-down the most responsive and did amazing work! Would absolutely recommend them to anybody.

My experience with A&D was fantastic . I was dealing with a 30 yr old double layered roof with missing shingles and was expecting the worst although there were no visible leaks in the house . When there salesman Roman came out , took the ladder off of his truck and climbed up I was sold . Nothing gives you the feel of the condition of the wood underneath like walking on it . The other 4 company salesman preferred to walk around the house and then just google the dimensions. I’m not saying it can’t be done like that but I’d prefer a more hands on approach . Roman answered all my questions and brought up things I had not considered , he got the permit quickly and came in with a crew the size of Patton’s army and finished in a day . The crew was fantastic , ( Muchos gracias amigos ) when I came back in the afternoon it’s like they were never there , still haven’t found a stray nail . A&Ds price was a little more than the other companies but worth every penny . I was so impressed with Roman & A&D that they are giving me a quote on windows . I still think Roman should get a raise

My experience with A & D Home Improvement was exceptional. I desperately needed a new roof and was not eligible for an insurance claim. As with most people contracting for a project of this magnitude, I solicited bids from various companies. Of course an “A” rating was a requirement. Most bids were close, except for one low one that scared me away. I was contacted by Steven Pinsler from A & D to discuss the project. This was the best thing that could have happened. He visited my property when I was not home and sent me his estimate. He never tried to corner me with a high pressure sales pitch. After discussing his estimate and comparing it to the others, A & D started to look like a fantastic deal. A & D uses ancillary roof components that are superior to competitors and the cost of replacing the rotting boards was much less than any other company. Steve was always available for questions or to clearly explain the process from early in the morning through late at night. It was great to have such personal attention. After committing to the contract, Steve somehow was able to expedite the building permit with the village, something the other contractors said they were unable to do in my town. The actual installation of my roof was done with remarkable efficiency. My roof is huge and steep. The crew was there early in the morning and worked until dark. The project was completed in two days, including the thorough clean-up. All the workers were efficient and very friendly. Furthermore, A & D always has a foreman present during the whole project. Another great gesture is A & D does not use dumpsters which can damage driveways and is always on location longer than you want. They use a trailer much to my satisfaction. Everything about this company is great. Steve followed-up at the completion of the job to make sure I was fully satisfied. The staff – on location and in the office, are friendly, caring and efficient. The ease of obtaining fair financing through A & D made this project possible and my home looks beautiful.

Description of Work
Tear off old roof and install new one

House and garage roofs turn off and replaced along with new larger gutters. The roofs look great. Roman was the salesman and took more time examining my roof and answering questions then 4 other companies combined. Neighbor even wanted his card for a quote. The only issue was the time cook county took granting a permit and the gutter team running a little behind but still would recommend this company to anyone

I contacted Steve from A & D Home Improvement. He was very thorough with details of what needed to be done and gave me a very fair price. I will definitely use them again. Steve made me feel comfortable right off the bat. Thank you

Description of Work
After taking down a large tree in my yard I saw that my garage was in desperate need of a face lift..

Description of Work
Most of the work has been completed, but we are awaiting custom made awnings to be com-pleted & installed. They completely repaired & replaced the roof, all of the siding & soon the comple-tion of the awnings.

Thanks for the great review! We enjoyed meeting you and working on your home. If there is ever anything else that you need, please call us and we will be glad to help. Thank You for your Business!!
5.0

Thank you for taking the time to write this great review. Your project was a pleasure to work on. Working on your Gutters, Roofing and Siding made a terrific difference in your home. We are glad that you are as happy with the outcome as we are. Please do not hesitate to recommend us to your neighbors, family and friends. Thank you for your business!!
5.0

Thank you for giving us such a great review! We are glad that you are happy and would recommend us to others. Than you for choosing us to take care of your home!
5.0

They are awesome ! All the people were very nice and even offered assistance to our neighbors for from a recent hail storm.

Description of Work
They did a complete tear down of our roof and gave us forty percent off. They have better pricing then anyone else we looked into. They had every thing done in two days! They are coming back to re-do our bathroom next week and we are very excited about it.

That is very nice of you to say! Thanks for the great review. We hope that more of your neighbors notice the work and we hear from them as well. Thanks for letting us take care of your roof. When it is time for the next project we would love to hear from you again!

We currently operate from our 10,000 square ft. manufacturing facility complete with our own in house sewing, welding and graphic application equipment. We encourage all our customers to visit our facility which is completed with one of the nicest awning and canopy showrooms in the Chicagoland area. A variety of residential and commercial awning and canopy products are displayed for your viewing.  …

A&D Home Improvement is currently rated 5 overall out of 5.

No, A&D Home Improvement does not offer eco-friendly accreditations.