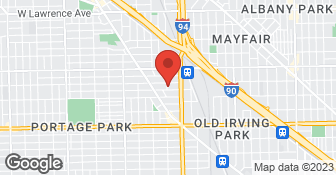 LOCALLY OWNED AND OPERATED. House, Estate and Commercial Clean out Specialists. Junk removal. We offer multiple truckload discounts. We also discount for recycled items. Special pricing for Angie' List members. Call anytime. We always answer our phones. We do work outside of our service areas only for big commercial jobs or full house clean-outs....

At Reclaim Your Garage we like to say that we can turn your cluttered garage space into your happy place! We offer the following services: - Garage organization solutions and services - Garage cabinet installation - Garage slatwall, shelving and accessory installation - Overhead Garage Storage Rack installation - Garage Floating tile flooring and floor coatings - Garage Workshop spaces After years of working in the moving and storage industries the father and son team at Reclaim Your Garage knows how to reclaim your garage space to give you the storage you need at a fair price. We are experts in garage organization and only choose to work with the top manufacturers and products available. We proudly offer and install GarageTek, HandiSolutions, RaceDeck, ProSlat, and SafeRacks brands.  …

Description of Work
They picked up construction debris.

The removal went great. Sam worked in complete sync with the building office, and completed the task while I was in a meeting at work. Very fast response time. Very reasonable rates! ( plus, My conscience is clear, knowing everything was disposed of in a green, proper way.) Excellent service!!!

Description of Work
The storage locker at my condo I rent out had been left empty and unlocked by my previous tenants. Someone stuffed the locker with their junk and remnants (essentially "stole" my space). The building told me that I was responsible for properly disposing of the contents, even though they weren't mine. Sam from A-ABF Hauling came to my rescue! I've relied on his excellent help for decades, and, once again, he did not disappoint! Sam came to the building, removed all the heavy contents of the locker, and recycled and disposed of them in an environmentally responsible way. I could not have asked for better, more efficient, hassle-free service than I got from Sam. Just the best!

Thursday morning Sam called about 9 AM and said he could be at the condo by 10 AM. I live about 10 minutes from the place,and arrived at about 9:55. Sam and his crew beat me by about five minutes. I opened the garage door, and pointed out the stuff that needed to be taken away. The task was completed in about 15-20 minutes. When I called earlier in the week Sam responded to my question about cost by saying that it would be determined by the cubic yardage of the load. That would be calculated on site. Once he measured a few of the items that were to be taken, he gave me his price list and the quote. When compared to another collection company that I had used (prior to becoming an Angie's List member) in another situation, I found Sam's price to be very competitive. I said so and Sam told me that his prices were lower because they reflected the cash flow the company generated from recycling the stuff that is collected. To my chagrin, the price of the other firm that I had used apparently did not not account for this aspect of the business. For that reason alone, I would have no hesitation in using Sam's services again, but in addition, I appreciated Sam's punctuality, his crew's efficiency, and the time taken to explain an aspect of the business that was unknown to me.

Description of Work
Subsequent to my mother's passing, I had to dispose of the relatively few items that were left after family members and various charities had chosen the things they could use or want. It was not even close to a full truckload. There was an old large Coleman gas grill that accounted for the bulk of the stuff. It was all in the garage so it could be removed with ease. I called A-ABF on Monday of this week, explained what I needed to have hauled away, and Sam Hoffman said he could be there at 10:30 AM on Thursday the 5th. He said he would call about 20 minutes prior to arrival.

I called A-ABF to remove some junk from my basement. They arrived on time, charged me the price quoted, hauled the junk away, and left the place spotless. The crew members were friendly and professional to boot. I was very pleased.

Description of Work
Hauled a sofa, two armchairs, two lamps, a coffee table, two mattresses and other assorted items from my home.

They were prompt, courteous, efficient and professional. All debri was removed and loaded into their truck.

Description of Work
Removed debri left by a previous tenant.

They were responsive getting the work scheduled, showed up on time, and finished quickly. We're very happy.

Description of Work
We needed two couches and other misc junk removed from the basement.

Everything went well. The owner and his crew responded quickly, acted professionally, and they did an excellent job.

Description of Work
They removed and disposed of several large, heavy items of furniture.

Scheduled service. Several days in advance, truck and workers arrived promptly. Gave me an immediate estimate and performed work to my satisfaction.

Description of Work
A ABF picked up (& discarded) items that we needed removed prior to a move. Included construction debris & other heavy & miscellaneous items.

There was a glitch with the book online system, but no big deal--a phone call straightened it out. The original time window was fairly long, but Sam called in the morning to give me a more specific time. I was working at the house all day anyway, so it didn't matter much to me. I think I could have insisted on a narrower window if I'd needed it. After they left, I discovered they'd accidentally removed a plastic tub I'd planned to use as a cooler for my volunteer pain crew that afternoon. I should have paid more attention, I suppose. I wish Sam had said how many guys there would be so I could have had an appropriate cash tip available for each of them. I added extra in the check for the tip, and Sam said he'd make sure the guys received it. I'd recommend asking how many guys would be coming so you can plan accordingly for a tip. I was pleased with the service. They did a good job--thorough and efficient. ABF Hauling was less expensive than the larger outfits, and they recycle as much as they can.

Description of Work
Sam came with three employees on one of the hottest days of the summer. In about an hour, they removed 11 cubic yards of junk from all three floors of the house--carpets, pads, sinks, toilets, cabinets, other junk left behind by the previous owners. Sam walked through with me beforehand and gave me an estimate on the spot. It was pretty much right on. Then they got to work.

Everything went smoothly from start to finish. I called and gave them a list of what was to be removed and asked for a ballpark figure. That figure turned out to be very close to the actual amount. Scheduling was quick, the crew showed up on time with a clean truck, inside and out. They hauled everything out at all the stops and we were done in a few hours. I will definitely use them again.

Description of Work
Cleaned out furniture and debris from 3 tenant occupied properties.

Thanks for your business and remember the importance of writing reviews on the list so others can make an informed decision.

We Do Not Haul Concrete or Dirt.