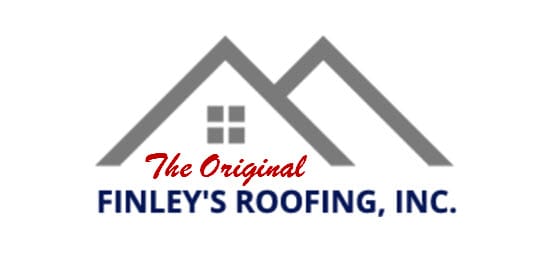 Quality you can trust. Being a family tradition since 1938, Finley's Roofing has been serving Atlanta and surrounding counties for over 84 years. As a hail, wind and storm damage specialist, Finley's Roofing has successfully worked with scores of insurance carriers. Our experience will prove invaluable to any homeowner wanting to work with a company who is not only reputable, but truly has the homeowner's best interest at heart. Finley's Roofing gives a 10 Year Warranty on our workmanship, enjoys an A+ rating with the BBB, is a GAF MasterElite Roofing Contractor, an Angi's List Triple Super Service Award Winner and never asks for payment, until the job has been completed to our customer's satisfaction. 84 years in business should say it all. Please give us a call at 770-262-7375 and personally speak with Mr. Finley about your roofing needs. You may also like to visit website at https://www.finleysroofing.com/ for more information 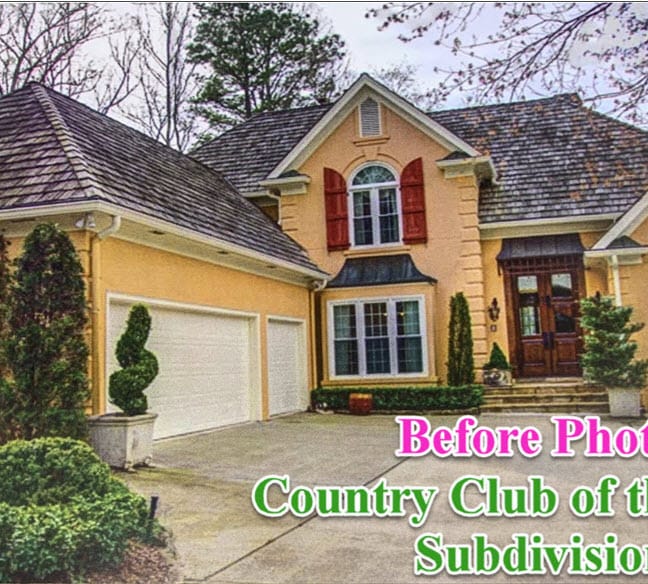 Another Beautiful Roof Installation In Country Club of the South

Another Beautiful Roof Installation In Country Club of the South

Greg and Karen A.

Lani and his team did a great job and kept us informed on all steps in the progress. The house looks so much better now both the roof and gutters have been replace. Excellent job done

Thank you [Member Name Removed] for your kind and important review and for taking the time from your busy schedules to help our company grow. It was truly our pleasure working with such responsive and caring homeowners such as yourselves. Please do not hesitate to call if we can be of any additional service to you. Have a very nice afternoon and Thanksgiving Day. Lani/Finley's Roofing, Inc.
5.0

They were on time and completed timely.

Excellent service. I have a beautiful roof. Very professional, on-time, and courteous. I would hire them again and recommend them, absolutely!

I needed a new roof on my home and had obtained quotes from four different companies. After much review, I selected Finley's Roofing, Inc. From the beginning, the company owner, Lani Finley, was very friendly and knowledgeable. Mr. Finley provided me with a detailed estimate and explained how the re-roofing process would progress and made a few much appreciated recommendations. I was also provided with informative documents that would help me make my final decision. Once I signed the agreement, the roofing materials arrived as scheduled and the roofing work was started the next day and was completed on schedule. The Foreman, Leandro, quickly introduced himself the first day. He was very polite and was able to answer all of my questions while on site. Leandro and his crew worked hard and were very focused on their assigned tasks. The entire crew took pride in their work and it was obvious that they had had a lot of experience doing roofing work. I am very pleased with my new and roof and with the level of care that was applied during the installation process. I would definitely recommend Finley's Roofing to my friends and neighbors.

Outstanding professionalism and responsiveness! I would have to call Finley's a "well-oiled roofing machine"! Our materials choices, the job process and our Warranty (the best in the business) were thoroughly explained before-hand. From "tarping" to dumpster delivery and pick-up, delivery of roofing material(s), protecting our shrubs and flower beds, fast well-coordinated demo/roofing crew, extraordinary clean-up... it was equally what they did and the way they did it. The crew was punctual, careful, respectful and efficient. Finley's worked with us and our insurance carrier to provide a top-of-the-line roof and their estimate matched the final bill to the penny. We could not be happier. Start to finish this has been our best contractor experience ever.

Description of Work
Severe wind-damage and needed whole new roof. It has a steep pitch and six gables plus a "witch's hat". Not an easy job.

The work performed was good. However, Lani Findley was extremely rude and I could not believe the lack of professionalism he demonstrated. He expected me to take his nighttime calls and didn't always leave a message. He stated I knew who was calling and should have answered or called back. i don't take calls from men at night. Lani Findley was generally unprofessional, but I let it slide because I believed they would do a good job. They finished late on a Thursday night and did not finish clean-up, left a wire hanging, scratched a window and trampled come plants. Lani Findley called late Sunday night while i was having dinner with my family out of town. He left a message on Tuesday and I immediately called. He only asked when he could get his check. I let him know there were some issues and he started yelling at me about my availability. i was out of town for my father's surgery and he kept yelling at me about my availability. I have never been spoken to in the way Lani Findley chose to speak to me. I was agreeable to provide a sizable check, 19,000.00 and he still threatened to put a lien on my house. I was worried about my dad and Lani Findley only wanted to yell at me about my availability. He lied about trying to reach me all weekend. There were no e-mails or missed calls from him. i would never hire him again although I believe we received good product and workmanship.

Description of Work
My old roof needed to be replaced.

Description of Work
Roof Replacement on main house and garage.

They did great, cleaned up really nice. The price was good, actually lower than I had been priced in the past. So it was a reasonable price. They were here when they said.

Description of Work
Had them put a roof on my house.

Excellent, requested quotes from 2 contractors, prices were close within $500.00. The difference, Finley actually climb up on the roof to supply the quote. This may seem minor but he looked more professional, company shirt. The Other guy could have been any random guy stopping by The hardware store

Description of Work
Roof replaced due to storm damages,

Mostly good. Some communication problems - foreman did not understand my request for blown-in insulation in only part of the attic, so was blown into main section, but possibly not the section I was requesting. English was his second language. However, overall excellent work on the roof, which was a very complex/difficult structure.

The people at Finley roofing were courteous, helpful, and immediately responsive to any inquiry. The job was done quickly and they were very professional.

Description of Work
I needed to have anew roof on my office building.

They were fabulous. They were on time, on budget and did a perfect job. Very professional and very good work.

The roofing job, the gutters, and the customer service were spectacular. I purchased HD Timberline Architectural shingles and the roof is BEAUTIFUL! The price was very reasonable compared to other quotes I had been given. The install COULD have been a disaster. My siding company showed up a week early and so both crews were working simultaneously. Finley's foreman, Leandro, collaborated with the siding company so that both crews could move forward in tandem. When my roof was completely installed, the siding company's foreman said, "That is the best roofing job I have ever seen. Finley's foreman is a perfectionist!" You can NOT go wrong with this company. Mr. Finley provides incredible customer service, is easy to contact, and a pleasure to work with. He is a true Southern gentleman.

Description of Work
I needed a whole new roof, gutters, and siding.

It went with little hiccup, the original builder did a substandard job so additional boards for the roof were damaged over the years and those had to get replaced but everybody was very good at what they were there to do. I have already recommended this company to 2 other people.

Description of Work
Needed a new roof installed since it was 23 years old. I also requested gutter screens due to having a lot of trees on my property and all my neighbors properties.

Great, all of the work was done in two days and the roof looks wonderful, much better than before. All workers were very nice and a great clean up job. No problems have been found since the work was completed.

There are a LOT of sub-standard roofers out there and it is very frustrating dealing with all of their sale pitches. The more informed I became, and after questioning multiple roofers, I realized that the easiest and most efficient way to find a superior roofer was to visit the shingle manufacture's web site, and pick one of the installers that they are actually willing to warranty. This is in addition to the warranty on the shingles that they manufacture. When a shingle manufacturer gets complaints, invariably it is due to a faulty installation, and not to the failure of the shingle itself. Thus, it makes sense to have a properly trained and compliant roofer do the installation. GAF, probably the largest shingle manufacturer in the U.S., has their list of Master Elite installers that they are willing to back. I got quotes from several Master Elite installers in my area, but Mr. Finley was the most thorough, informative, knowledgeable, and competitive bid that I received. I decided on a 50-year premium architectural shingle, and it was not that much more costly than quotes I received on a 25-year roof from other installers. I did not pay for the GAF additional installation warranty, but I am confident that the installation was done to GAF's stringent standards. I couldn't be more pleased with the installation and service that I received from Finley's Roofing, and would highly recommend sticking only with the shingle manufacturer's highest rated installers, which Finley's Roofing definitely is!

Mr. Lani Finley, the owner, was extremely responsive and provided guidance with regard to pricing every step of the way. I was torn between the GAF Timberland and Camelot II, with a price difference on the size of my home by several thousand dollars. He talked me thru the pros and cons, never made me feel like I was asking stupid questions or bothering him (even though it took 11 months for me to make the decision from the time I met him at the house for the initial estimate to the time it was installed). He also alerted me to a price increase on the shingles many weeks in advance so as to give me time to react and place the order before the increase took affect -- now THAT is customer service. Findley also is more affordable than many other GAF quotes I received... and Findley is a GAF certified roofer, which means a better warranty. That was important to me since why hire a contractor and pay X dollars when you can get the extra GAF warranty included? Finley Roofing is NOT the same as Findlay (the Roof! Roof! company). I cannot speak to Findlay, but felt it was important to note that we used Findley as our contractor so folks reading this review know there are two companies with similar names.

Description of Work
Hired Finley to remove our old roof, make repairs to the deck board, install new boots etc. and replace with a GAF Camelot II shingle.

Great workmanship in every aspect. All the detail work was done with extreme professional workmanship. Very happy with the final finished roof

They did an excellent job and were a pleasure to deal with.

Description of Work
They put on a new roof.