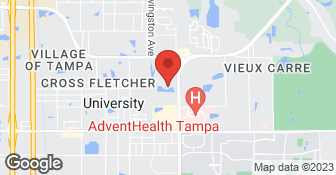 American Enterprise Traders Corp specializes in many fields. The combination of computer services and hauling services. We will deliver pretty much anything you need to your house. If you computer is acting up we can help you over the phone and in person. All of our staff are trained in computer repair and services and we do anything possible to save lost data, they are also trained in safely moving precious items, or removing junk. We do offer lawn car services as well....

Pasha/ AET was awesome! I hired him last minute when a friend bailed on me and left me with less than 24 hours to remove a large bed from my apartment. Pasha responded immediately, and was extremely professional and polite. I enjoyed his services and the light conversation we had so much that we exchanged business cards to stay in touch. Boy am I glad I kept his card! Roughly a week later, similar situation, my brother could not pick up a washer and dryer he promised to remove from my storage unit... I had to be out of my storage unit in 2 days or risk getting charged a large fee. I didn't hesitate to contact Pasha and like before, he helped in a jiffy! Since I was in the middle of preparing a big move to a new country, my time was limited and I was exhausted. Pasha helped me greatly by allowing me to set up a way for him to go to my storage unit without me. He removed a washer and dryer, a microwave, and a few other odd and end items. He also closed out my account with my storage unit, all within time to save me that dreaded fee. An honest guy that he is who cares deeply about the quality of work he provides, Pasha refused to accept my payment until he had completed the job and sent me a photo as proof. AET truly saved me time, money, and the stress of having to remove these items on my own. I would recommend him and AET to anyone needing hauling services. No other company can compare in the Tampa Bay area as far as I'm concerned. Thank you Pasha!

Description of Work
Pasha helped me remove items from my apartment as well as my storage unit and donated the furniture to charity on my behalf.

Tech Knight is a personal Family Business providing computer repairs, network services, restores, backups and many more after hours. We feel invested in our clients and constantly strive for customer satisfaction and we know how busy your day by day can get and not have the time to request for assistance on computer needs. This is why Tech Knight decided to provide computer services after regular office hours. I've started this business with an overall knowledge in the Information Technology (IT) world having over 20 years of experience. My technical support career started when serving the United States Military Air Force and continued providing services to small businesses and residential. Call or click to setup a schedule!  …

Greetings from Mike sr. and Mike Jr. We are a Family owned and operated moving company that has serviced the Tampa Bay region for years. Throughout this time we have helped hundreds of people move safely to their new home or office. Our aim is to provide an exceptional moving experience, one that will remove any doubts you may have. We understand that moving is not always a choice, and that it can be a stressful time for you and your family. From the moment our employees arrive at your location, you will notice there positive hardworking attitude, attention to detail, and willingness to listen to you. The art of moving is not something we take lightly, it requires genuinely caring about what you're doing. All of our moving trucks are equipped with 2 full stacks of moving blankets as well as the hardware and tools to move your belongings safely and properly. Our pricing is fair and competitive; costs are determined by the job (packing, no packing, storage required, etc) call or email us for a free no obligation quote.  …

We are the moving specialists for residential and commercial needs! We provide local and long distance moving by trained and uniformed movers. Guaranteed Pickup and delivery times. We have low hourly rates and are licensed and insured. Full packing service is available. We will also load and unload your rental truck or POD and disassemble and reassemble your furniture. We also provide discounts on boxes and packing supplies. Cost is determined by job and some travel charges may apply. We are proud to offer the following RESIDENTIAL services: Local and Statewide Home Relocation Out Of State Packing Service (Too busy to pack your belongings? - Let us handle it.) Load / Unload Pods, Containers, and or Trailers (ABF) Custom Wood Crating for Long Distance or International Shipping Load and or Unload your Rental Truck (Budget, Penske, Uhaul)  …

American Enterprise Traders is currently rated 5 overall out of 5.

No, American Enterprise Traders does not offer eco-friendly accreditations.

No, American Enterprise Traders does not offer a senior discount.

No, American Enterprise Traders does not offer warranties.