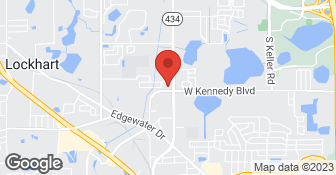 Sunburst Shutters is the best source for the original Polywood and custom hardwood shutters. We are a full service shutter manufacturing, sales and installation company...

The original installation was fine and they were clean and made sure the shutters were clean and installed properly. The original sale man said we could count on them for any issues, free repairs for the lifetime of the shutters. I had my windows replaced in the bedrooms and asked the window company how it would effect the shutters and they said the windows in the master bedroom would need a 1 inch extension around the shutters. They gave me the wrong information. I then called the shutter company to come an uninstall the shutters so the new windows could be installed and gave them the information about the 1 inch extension. They did this and the charge was $275, I also again told the man about the necessary extension. When I had them come back the installer was not prepared to make the necessary corrections to the shutters, he did not have a 1 inch extension, he said no one had told him. He could not install the master bedroom shutters and said if I was to have an extension on these shutters it would not be good, I should have all new shutters made. He installed the other bedroom shutter and left the shutter dirty with hand prints and caulking all over the shutters, in one word a mess. After discussion with the office they took back the master bedroom shutters to see if there was anything they could do. They decided to add an extension in the back and extended the shutter as we had originally thought would happen, additional $220. The original unprepared installer caused a lot of drama that was unnecessary. The office was not much better. I am so disappointed in this company.

Installers were fast yet professional. They were considerate of my home. Removed their shoes, and cleaned up when they were finished. They were company employees, which is important to me.

Good. I wrote an "F" review (for service) after having some difficulty getting the company to come back after I had an issue with the shutters. They did finally come back and the shutters were completely repaired, no cost to me so I'm back to my "A" rating. The technician immediately was able to identify the issue and fixed it quickly.

I do not know how anyone could give Sunburst less than a A rating based on my experience. Either the reviews are fake and made by shills for other companies, or they just plainly had an off day, but I don't see that happening. Clayton who gave us the estimate was informative, professional, and answered all of our questions and concerns. We were so confident in his presentation that we didn't even get another estimate, we knew we wanted Sunburst to do the job. We had quite a large job so it took about 5 weeks to get the shutters custom made and when it came time for installation everything went smooth. The installer showed up on time, worked clean, and was very courteous. I can without a doubt tell anyone that if you want quality materials and installation that this company is going to come through for you.

[Member Name Removed] I am certainly late in responding to your review but wanted to let you know how much we appreciate your comments and for taking the time to review. You are our best advertising! We enjoyed working with you and know that you will love your shutters for years to come.
1.0

See my original rating of 5/15/2015 where I gave an A rating. All that was true. Back in October one of the shutter frames came undone from the wall. We cannot close them properly now and are worried that the entire frame may come down. We paid $2000 for the shutters. My wife called to get someone to come and take care of the issue and she was told "well that can happen when they do oversize windows". My wife was told basically they would get to us when they get to us. The person was a bit rude. Seems they left that out when they sold me the shutters. We waited a month and no call backs so I called on 11/6/17. The women on the phone seemed empathetic but I was told their install teams and repair people were busy and they would see when I could be fit into their schedule (when they are in the area). I still have not heard back. So...If you are looking for some real nice shutters, Sunburst will do the job. If you are seeking a company that stands by their work if there is an issue with the product, Sunburst may not be for you. The really sad part is I have recommended them to quite a few people based on my original install.

Hello [Member Name Removed] We apologize that your repair has not been taken care of in a timely fashion. We absolutely stand behind our product and service and appreciate referrals to friends. We have you scheduled for tomorrow December 21st to arrive at 8:00 am. and will adjust the shuttes and take care of the frame that has come loose. We hope you have enjoyed your shutters these last 2 years and will continue reccommending us to your friends.
5.0

They were very professional and helpful, and we would use them again.

Description of Work
We had an addition put on our home and we had several windows that they put plantation shudders in for us.

They showed up on schedule, were knowledgeable and professional. The installation was quick and the blinds look beautiful.

Description of Work
On the front of the house kitchen window, I had them install plantation blinds on the window with a sunburst on the 1/2 circle window above it.

Not a problem Product and timing was delivered just as they said. If I needed shutters again, I would definitely use this company!

Description of Work
Quality product at a fair price. Excellent service and communication. The installer was early, neat and professional. 13 shutters installed in less than 2 hours. They look great!

Very well. There were no glitches and everything was done in a timely manner with great neatness.

Description of Work
installation of shutters throughout the house.

Thanks [Member Name Removed]. We appreciate the opportunity to put shutters in your home. Looks beautiful!
5.0

Great, exactly what we wanted, quality excellent as well as workmanship.

We are a dependable and on-time, fully insured Home Improvement and Painting company. Specializing in both residential and commercial properties. We are family owned and operated and have been in business now in Florida for over 20+ years. Law enforcement and Military discount of 15% **Contact provider directly at: (321) 246-0877**  …

In & Out Handyman of Orange County, L.L.C.

In & Out Handyman started 23 years ago. We specialize in small and medium sized jobs that other contractors aren't interested in. We'll do anything fro change light bulbs to remodeling your house. We will do a quality Job at a great price. Guaranteed. We are licensed, bonded, and insured and we stand behind every job. Our employees are career craftsmen who are skilled in many areas of remodeling and repair. Quite simply, they are the tops in their filed. Our craftsmen are as varied as the job they perform. They are trained to listen to the customer's needs and provide superior customer service. The quality offer work in unsurpassed. In fact, we guarantee our work for 1 year so you can be confident of the job you are getting. Our employees must pass a rigorous background check before they are invited to join the In & Out Handyman Team.  …

Insured
All statements concerning insurance, licenses, and bonds are informational only, and are self-reported. Since insurance, licenses and bonds can expire and can be cancelled, homeowners should always check such information for themselves.To find more licensing information for your state, visit our Find Licensing Requirements page.
General Information
Free Estimates
Yes
Eco-Friendly Accreditations
No
Payment Options
Check, Visa, MasterCard, American Express, Discover
Senior Discount
No
Warranties
Ask for details

How is Sunburst Shutters and Window Fashions overall rated?

Sunburst Shutters and Window Fashions is currently rated 4.9 overall out of 5.

What days are Sunburst Shutters and Window Fashions open?

What payment options does Sunburst Shutters and Window Fashions provide

No, Sunburst Shutters and Window Fashions does not offer eco-friendly accreditations.

Does Sunburst Shutters and Window Fashions offer a senior discount?

No, Sunburst Shutters and Window Fashions does not offer a senior discount.

Are warranties offered by Sunburst Shutters and Window Fashions?

No, Sunburst Shutters and Window Fashions does not offer warranties.

What services does Sunburst Shutters and Window Fashions offer?

Are there any services Sunburst Shutters and Window Fashions does not offer?