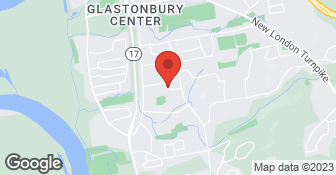 Residential and commercial garage door and opener sales and service. We can service and repair all major brands of doors and openers throughout the entire state of CT. We pride ourselves on having the BEST service anywhere and have a huge showroom in Middletown with several doors on display as well as openers and small color and material samples. We have been in business in Connecticut for over 30 years and are experts in garage door and opener replacement and repair. If your garage door is broken, off the tracks, has broken springs or is just not working properly, do not attempt to repair the door yourself. There are components on the door that can cause serious injury if not handled properly. Call the professionals at American Overhead Doors. American Overhead Doors offers a wide selection of Clopay door styles and construction options to meet your home style and budget. From custom carriage house doors to insulated raised panel doors, we have it all. Financing available. Cost is determined by job.  …

Additional e-mail - info@better-built-basements.com. Award winning. The Mission of Better Built Basements, LLC is to have Connecticut homeowners select us as their remodeling contractor by providing innovative and affordable basement solutions. We strive to build trust and confidence with our customers with precise quotes, honest and consistent communication, professional appearance and demeanor, and accurate time lines for every project.  …

i'll be honest, my experience was just terrible. Dave quoted 900 for the job which he said would take a couple of days. after a couple of hours, with a large hole outside my house, he said he was going away for a long weekend with buddies. this type of stuff went on for weeks--Dave couldn't come because of his birthday, golf or day or weekend out with his friends, then another siding job came up for Dave, and then Dave's wife got ill, and at some point I stopped trying to figure out what's made up and what's real. During this lingering period, Dave increased the amount to 1350 (that's 50%), which he said was a break. I didn't ask for any extra work, and the original arrangement was not "subject to" any conditions, so there is no legal basis for this change in price. frankly, I felt I had no choice so I agreed to this arm twisting tactic knowing I was gifting Dave with 50% more than we agreed upon--a strong-armed bonus. Dave asked for the full check before completion, I told Dave I'd give him 2/3 of the money and give him the rest when he completed. Dave took the 1000 (that's 100 more than we agreed upon at the outset for the whole job), said he'd be back in a couple of days, and he disappeared, never to return, leaving junk in my house. When I found someone else to finish the work, they showed me how completely skewed the work was, where you could see light entering through the corners of the door. Dave installed foam spacers that came with the door in such a way that they were being sheared apart by the friction of the misaligned door rubbing against the door jam. (I have pictures of all this but I'll keep them on the cloud for now). and to top it off, I found most of my communications with dave were frankly a bit unpleasant. like I was intruding on his life by calling to see when things were going to get done. when he was there, the attitude was as though I was forcing him to do something he had no interest in doing. the two day job that went on and on and on. it wasn't right.