Locally-owned and operated since 1986, Advanced Transmission Center has prioritized customer satisfaction for over three DECADES. We will treat you and your vehicle with Respect, Honesty and Excellence every time. We serve the Denver metro area from multiple locations (Lakewood and Westminster). Many of our customers come from Arvada, Denver, Lakewood, Westminster, Golden, Wheat Ridge, Broomfield and Thornton. We look forward to serving you! We rebuild in-house transmissions, transfer cases and differentials. We repair clutches, drive shafts and axles. We also improve transmission life by completing a power flush on functional transmissions. We are also the FIRST EVER transmission shop in Colorado designed as AAA Approved! Call now for a FREE estimate plus FREE towing with repairs! ...

My truck had developed a severe shudder and I couldn't figure out the cause. A friend suggested I take it to Advanced Transmission, and they determined that the shudder was common for my truck and the manufacturer had a service bulletin out on it. They performed the recommended repairs and the shudder was gone. They were quick, professional and reasonably priced. Great experience, and highly recommended!

They were friendly and understanding of my needs they helped me figure out the problem which was a leak and something wrong with my valve body but they took care of it in a professional and friendly way. I would absolutely refer anyone who has transmission issues here they really know what they're doing.

Description of Work
Transmission won’t engage or stay in gear

Friendly service. I was nervous about getting my transmission worked on because I've been told it is the most expensive repair and I thought I was going to have to buy a whole new transmission. But when they took it into the shop they and looked over it they said it just had some codes and that it was leaking. They had my car back to me the very next morning and it drives just like new. I would absolutely recommend to anyone looking for transmission work!

Thanks for the great review! A low fluid condition is dangerous and can cause the check engine light to come on. If not addressed immediately, it can cause harm to the transmission. Luckily, we were able to top off the fluid quickly and address the leak. We hope that repair saved your transmission for many years, but if not, we'd be glad to do a free inspection in the future. Thanks for your trust in our team!
5.0

I was told that I needed a whole new transmission and quoted over $4,000 for a new one. My husband called Advanced and Scott said he would look at it and see if they could do it for cheaper or if there was another fix. We brought our car in early am and by 4:30 had it back repair, Turned out it was not a transmission but a bushing issue. Less than $400.00 later we drove our car home. Very, friendly and get local company. I would recommend them to friends and business with fleets in a heartbeat. Tom came out and introduced himself too. Just plain good guys, and that is what we need in our lives these days. Advanced Transmission Center in Wheat Ridge A+ in my book.

Thanks for the kind review, [Member Name Removed]! We're a local small business that prioritizes honest communication, quality repairs and fair prices. Every successful repair must start with an accurate diagnosis otherwise a customer can be at risk of paying for items they don't need. That's why we offer our free TrueTest Inspection. We appreciate your trust in our team and hope you stay in touch!
5.0

This is the best auto repair shop I've ever been to! They took the time to explain what was wrong with my car, presented me options and gave me a timeline for each repair option. I did not feel pressured and once I decided to do a transmission rebuild, they got the job done quickly with an awesome warranty. It was costly but the price was fair. I'll be a lifelong customer of this shop.

Thanks for the great review! Customer education is an important part of our business; we believe it's important that you understand each option so you can make whatever repair decision is best for you. We appreciate your trust in our team and hope you stay in touch!
5.0

Scott and his team were quick and professional throughout the process. I would highly recommend this shop!

Thanks for the great review, [Member Name Removed]! We appreciate your trust in our team and hope you stay in touch!
5.0

It is rare in this world to find a business where you feel comfortable with all of the pieces of the business. Tom, the owner is great and Gary the service writer is as well. The knowledge and integrity of this company made me feel good about having them do any work I needed. They are now my “go to” transmission guys! Thanks for the quick service and the repair plan! Rick R

Thanks, [Member Name Removed], for the detailed and positive review. We strive to be just as good at customer service as we are at transmission repair. We understand transmission repair is often unexpected and pricey, so we ensure our customers are informed and given the best options available. Stay in touch!
5.0

Thanks, [Member Name Removed]! Glad we were able to diagnose and fix your vehicle quickly. Come back anytime for a free inspection. --the ATC team
5.0

They replaced my transmission promptly (only a couple of days) and did a great job. While I HOPE I never need their services again, i would use them again if I had another transmission problem. Yes, I would recommend Advanced Transmission Center.

Thanks! It was our pleasure to service your vehicle. Our #1 priority is your satisfaction!
5.0

I called Advanced after my dealership told me I had a leak in my transfer case. I didn't want to take it to the dealership because after a few months they were now telling me another part in my transmission was leaking. After talking to Scott at Advanced he was confident it was just the transfer case, not the torque converter too. He gave me a year warranty and then honestly said to consider getting a new car as the Nissan's seal in the transfer case was a bad design & that wouldn't improve. He gave me a fair price, delivered the car on time & stayed late til I could get there to pick it up on a Friday afternoon. What more can you ask for? Terrific customer service, a fair price & excellent work done!

Thank you being the best part of Advanced Transmission Center! If you need additional services or simply want automotive advice, please don't hesitate to call or stop by. --Scott
5.0

The work was done fast and I am very satisfied!

Took my son's Subaru Legacy in because we couldn't drive over 45 or go in reverse. They determined that the transmission needed rebuilt. The shaking was a broke bracket for the rear strut and needed new struts. Did all the work in about 4 days. The car drives as good as when it was new. Very satisfied with there work and professinalism. Very cortious and had me aprove everything first and kept with what was quoted. No surprises at pick up. So satisfied just took my other sons transmission in for a quote. Please give them a shot for your business.

When my 08 Ford Taurus X one day stopped wanting to accelerate and I searched online, I found this model often needs a new transmission around 60,000-90,000 miles. I was freaking out that I had just purchased a car a few months earlier and this was already coming up. There was no warranty on it at all as I bought it and quot;as-isand quot; from the lot. I looked on Angie's list and found this place and was immediately hooked when they had listed that they would come pick up your car to bring in and look at it for free. I called Sean Monday morning and he got the tow truck driver out to me right away. He called me to let me know he got my vehicle and called me back within an hour to let me know what the problem was. It was just a broken sensor! He had it replaced and finished that same day and the total only came out to be $300 when I was expecting it to be a full replacement of the transmission for $3000! He could have said it needed something else, or needed to be rebuilt or replaced but was very honest that it was just one small thing. I had the opportunity to talk to Sean in the office while they were taking my car for a test drive afterwards. He was very friendly, professional and explained everything to me to make sure I understood what was wrong with the car. If I ever have any transmission problems come up in the future I will definitely be taking my business there and referring anyone I know there too.

Description of Work
Fixed a sensor that was broken in the transmission.

They rebuilt the transmission. There were cheaper options out there but they had a good reputation. So far, I’ve had no problems with their work.

Description of Work
They did work on my Toyota 4 Runner.

I initially towed my Jeep Liberty to Automotive Avenues... I have a history with Automotive Avenues as I purchased my car from them and used them to replace my clutch 18,000 miles ago. I also trusted them as they are affiliated with my Credit Union ( I love credit Unions and would recommend everyone join). I received a quote for the work.. I really did not know what was wrong. The tech told me I needed a new clutch (Odd I just replaced my clutch 18,000 miles ago) the quote was for aprox $1,200... I decided to get some additional quotes I called Advanced Transmission and asked what they would charge to replace a clutch on my jeep... $800... hmmm that seemed like it was quite a difference. I took advantage of their free towing to get a second opinion. It seems that the clutch was fine but some one at some point put the wrong fluid in the hydraulic clutch system which destroyed it... this was the main problem with the car... it had others. At any rate I am very happy with the service provided by Advanced Transmission and would recommend that you give them a go if you need their service. 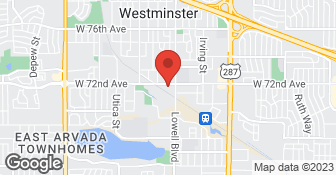 No License Required for Trade
Insured
All statements concerning insurance, licenses, and bonds are informational only, and are self-reported. Since insurance, licenses and bonds can expire and can be cancelled, homeowners should always check such information for themselves.To find more licensing information for your state, visit our Find Licensing Requirements page.
COVID-19 Update
We are taking additional precautions to protect our customers.

Advanced Transmission Center is currently rated 5 overall out of 5.