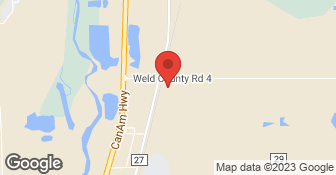 Business Established in 1998 with over 30 years of personal experience in the business. Knowledgeable staff with continuing education and certifications.

Not well at all. Very stressful dealing with this company's poor communication, work, and attitude in general.

Description of Work
Gutters were replaced, Final inspection was never made and invoice never sent until we called and requested it along with our fourth or fifth request for cleaning up the mess they made. They dumped oil on our brand new $30,000 cement driveway during their work and never cleaned it even through promised. We have never paid a bill late in our lives , but they did not send us an invoice until yesterday and charged us a late fee, even though we had even called to request an invoice. We had every reason to believe that they were waiting to bill us until they were finished. Their office work is a mess and their roofing work is even worse.

Look around more before selecting A&H.They short cuts everything didn't use roof jack or step flashing where needed. The flat roof has large wrinkles all over it and the biggest issue is they use asphalt roofing for a flue jack on a gas fireplace( Hugh fire code violation)

The experience with 'Rich' at A and H Roofing was horrible. He arrived on specified date but his professionalism was severely lacking. I told him my house had been freshly painted (2 days prior) and to please take care when placing his ladder on the gutter. He harshly told me it was IMPOSSIBLE to not scratch the paint when placing the ladder against the house. I told him and quot;no, it's not impossibleand quot;. He got down off the roof, left my house and sent an email with the estimate for approximately $369.I knew I wasn't going to use A and H Roofing after that attitude and got another estimate. Another Angie's List company came to my house, placed their ladder on a different area of the house against the roof shingles, not against the guttering, took pictures of the areas that needed attention, explained in detail what was wrong and how to fix it. After leaving he sent and email with those pictures and an estimate for the work which was $220. When they finished the work on the roof, he came in the house to show me the pictures he had taken of the completed job. I had complete peace of mind that the job was done and done correctly without having to climb on my roof and do an physical inspection. Great job and went the extra mile to chalk and paint areas in need.Won't use A and H Roofing and will advise anyone looking for a roofing company to steer clear of them.

Description of Work
Called A & H for an estimate to replace missing shingles.

I suspect they lack the skills or are only interested in much larger jobs such as replacing all windows/siding.

Description of Work
A&H claims no job to large or too small, and I believe my project to be in the mid-range. I have two windows streaming water inside, which would require the siding be removed, the windows reflashed, and any other corrections made to marry the barrier to the windows to prevent rain from streaming in through the windows. After describing the work needed, I was told they would take the job, and someone would call back the next day. After waiting around the entire day, someone finally called back at almost 4:00 p.m., only to say they would no longer consider taking the job. They claimed they were too busy with other jobs, and wouldn't even discuss future scheduling once things slowed down. Extremely unprofessional, and inconsiderate of my time. I wasted 2 days waiting for a call back that could/should have been used to schedule a more professional, honest and reliable company.

Description of Work
Installed new roof, flashing and gutter on my patio room. Also installed new gutter with flashing on the front of my house.

THANK YOU FOR THE POSITIVE RE-INFORCEMENT. IN OUR INDUSTRY IT MEANS A LOT. THANK YOU FOR TAKING THE TIME TO SHARE YOUR EXPERIENCE WITH US.
5.0

The job went well. They worked with our insurance company and set up all the inspections so that we didn't have to worry about it. They were very efficient and answered our questions promptly.

Description of Work
After a big storm that hit our house, we need a large amount of work done. We needed our roof replaced along with our house power washed and repainted. They were able to set up everything to be done. It was very quick and easy. I would recommend them to anyone.

THANK YOU SO MUCH FOR THE REVIEW. WE STRIVE TO PROVIDE OUR CUSTOMERS WITH EXPERTISE AND QUALITY. IT IS ALWAYS GREAT TO HEAR COMPLIMENTS. THANKS AGAIN!

Colorado Family Owned & Operated Gutter Company since 2005. Seamless Gutter Installations, specializing in 5 and 6 inch custom made at your home for your home, 2 options for Gutter Cover Installation, so that we can customize your gutter cover options to get you the best coverage for the best price, Gutter Repairs, Gutter Maintenance, Gutter Cleaning and Fascia and Soffit Repair or Replacement. Ready for Maintenance Free Fascia & Soffit? We can show you affordable options. Not sure if it is time to replace your gutters? Don't worry we can show you what it would cost to repair and what it would cost to replace, to help you decide which option is best for you now. We also offer monthly specials on the promotions page of our website and encourage all to check them out. We look forward to working with you on your project and hope we become who you turn to for all your gutter needs.  …

Insured
All statements concerning insurance, licenses, and bonds are informational only, and are self-reported. Since insurance, licenses and bonds can expire and can be cancelled, homeowners should always check such information for themselves.To find more licensing information for your state, visit our Find Licensing Requirements page.
General Information
Free Estimates
Ask for Details
Eco-Friendly Accreditations
No
Payment Options
Check, MasterCard, Visa
Warranties
Ask for Details

How is A & H Roofing LLC overall rated?

What days are A & H Roofing LLC open?

What payment options does A & H Roofing LLC provide

No, A & H Roofing LLC does not offer eco-friendly accreditations.

Are warranties offered by A & H Roofing LLC?

No, A & H Roofing LLC does not offer warranties.

What services does A & H Roofing LLC offer?