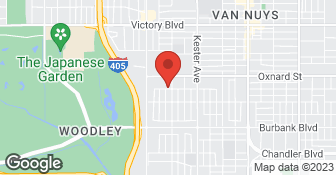 Water Damage Zone and Restoration Inc specializes in water damage restoration, water damage cleanup, mold remediation, sewage extraction, fire restoration, smoke restoration, decontamination, and flood cleanup. We are there when you need us the most! Water Damage Zone, Inc. is a family owned business proudly serving the Greater Los Angeles. Ventura County and Ventura County for over 20 years. We Offer Free On-Site Inspection Specialties include: Water Damage, Mold Remediation, Sewage Cleanup, Fire & Smoke Damage, Restoration, Water Damage Restoration, Decontamination, Mold Removal, Disaster Recovery, Mildew, and more... When affected by water damage you need someone you can rely on; our certified technicians at Water Damage Zone and Restoration, Inc. are here to help. Our work is guaranteed to pass clearance testing and we will restore your home or business to perfection. We deal directly with all insurance carriers!!! Visit our website to learn more about our company and services. We are fully licensed, bonded and insured and follow all IICRC guidelines and standards for water damage and mold remediation. Our technicians are certified with the IICRC and trained in the field of water mitigation, water extraction, mold remediation, flood cleanup, smoke, fire cleanup and sewage cleanup....

After I woke up in the middle of night I didn’t know what to do when I saw a lot of water on my new carpet. I panicked so I checked online and I called a few companies that I found and Water Damage Zone and Restoration showed up first. They immediately answered and quickly got my information and within 30 minutes they were at my house. They extracted all the water and removed the padding from my carpet. Then they set up the machine that dried the carpet. The next morning Gustavo helped me open an insurance claim and all communication with the insurance adjuster went smoothly and professionally. I highly recommend Water Damage Zone if you ever need anything regarding water damage in your home.

We unfortunately had water damage at several apartment buildings in the last year & a half and there is no other company I would recommend more highly then "Water Damage Zone". They are extremely professional and concise in the manner in which they operate and are surprisingly affordable.

We had leaks in the metal awnings that covered our bay windows after the heavy rains in december. Then 2 weeks later, busted a pipe in the slab under our washing machine. WE called a few places, they were responsive and overall quick to get things going. We initially were thinking we were going to use home insurance to cover the repair, and during this process they worked with my insurance. After the estimate came back, we decided it was not worth it to file a claim and instead paid out of pocket. That's where it all went downhill. Since they own another general contracting business (oh what luck - we can fix this for you), they were inclined to remove much more than was necessary, over calling the "wet" areas to basically expand the demolished area and then hope to be the ones to put it all back together. It took them way too long to find the source of an ongoing leak. And worst of all, at one point they told me I had water in my ceiling, my attic, and all down one wall in areas WHERE THERE WAS NO WATER and that I needed a new roof (we didn't after 2 more roofing evals) !!! Basically they didn't know how to use their infrared moisture detectors and were ready to rip down ENTIRE WALLS when in reality they were just seeing changes in the temperature of my walls (maybe old insulation in these areas) and not actual moisture. I actually made them get up on the ceiling to use a secondary moister reader (the kind with the prongs that actually tests for water) to confirm the cold spots were just that - cold spots and NOT MOISTURE. I am amazed I had to be the one to suggest that. When we got a contractor (not their co-business), we got an independent moisture assessment (someone who just evaluates for insurance purposes but does no remediation) and low and behold - they were totally off on the wrong foot - thank goodness I told them to stop. Then the billing - every machine charged by the hour - many not even turned on most of the time. Ridiculous. We had them come and take it all away. What a mess. BOTTOM LINE - doubt their integrity. They just want the GC work that can follow for the rebuild. worst of all - they didn't know what they were doing and how to read and interpret their instruments. Would not use again.

This review is more about Best American Builders, the restoration company owned and operated by the same people that own Water Damage Zone. When you call out WDZ, BAB is right behind them. This was paid for by insurance, hence the $0 cost. There is no particular skill required for water damage cleanup. I suppose these people did the same quality of work as anyone else. That includes damaging things during demolition that resulted in problems during the restoration. Go ahead and hire them if you don't mind some grief, just don't use BAB. I suggest that you don't use any damage mitigation's sister restoration company. It's time you spent some money fixing up the kitchen anyway, right? Find a good general contractor that has worked with insurance companies, but plan on paying extra so that they are not motivated to do a cheap job. Don't worry about starting right away. This is going to take months. If the project manager will be on the job most of the time the job done quicker with fewer problems. Regarding the restoration, the quality is a D because there is now less useable space in the drawers and cabinets, a large gap in the bathroom baseboard, shiny caulk next to flat paint, and caulk on the oak trim. There are misaligned cabinet doors and the opening for the breadboard is a ragged hole and the corners of the breadboard are becoming chewed up. There are more things wrong, but you get the idea. They don't get an F because every thing works, but every time I look at the details I am reminded that it is not as good as it was before. I do have to give them credit for getting a couple things right, like the wainscoting that was demolished for no good reason. I'd like to give them an F, but that does not seem fair. The cabinetry was of excellent quality before. Not any more. My mistake for hiring a restoration company rather than a re-modeler. The reason for the worst of the problems was that the project manager thought that any errors that were made because of lack of attention to detail could be fixed later. Wrong! If you have custom cabinetry, do not use them. They were probably more responsive than most contractors. But the response was often not what I wanted. The lower level people would come and agree that some thing was wrong and would be fixed, but then it was not fixed. They were as punctual as any other contractor, that is, not reliable. As for professionalism, the "it will be as good or better than before" when it is not, "mistakes will be made, but they can be fixed" when they were not, "it can't be done" when it I proved that it could, and "we will keep at it until you are happy" when they did not, earned the D. There was one moment of honesty when the owner said, "I want to make you happy, but I also want to make myself happy." Guess who's happiness won?

Description of Work
Dry down and restoration of a water damaged kitchen and bathroom. Drywall, plumbing, painting, and replacement of custom cabinetry, and doorway trim.

I was very happy with all the work. Both crews, one for the water damage inside, and the other for the waterproofing outside were professional and competent. I was especially happy with Joe at Water Damage and Amir, one of the owners, who did everything to be accommodating during the job.

Description of Work
We had our bedroom flooded. They pulled everything out, did mold remediatio, dried everything out and sprayed and redid the walls after they had been opened up for the drying and spraying. They painted the room. The biggest part of the job was waterproofing the garden side walls after this. They dug out the soil and removed the clogged drains, hot mopped the wall and installed new drains and set tiles on top of the cement afterwards.

Description of Work
All went well

The service went perfectly. They completed the project in 2 different parts. The job was completed in about 1 week. 3-4 technicians came out and they were always supervised. They were very hard workers and I have never been so impressed by a company. They were very courteous, professional and responsive. They always called ahead of time to make sure it would be okay to come out during a specific time frame. They were very aware and respectful of my home. They took great care of my items while they were in my home. It was a real pleasure working with the company.

Description of Work
I hired the company to repair water damage in the attic, replace the ceiling in a hallway and do some touch up painting.

We were out of town and the water pipe burst. when we came back from our vacation, our entire kitchen and living-room area were covered by mold. Water Damage Zone came out and treated the mold. They did a great job and provide an awesome customer service. I was extremely happy with them. He second company did our remodeling and they were great as well. I can only THANK THEM for everything that did.

I had water damage in my house, and found Water Damage Zone on Angie's List and their response was amazing. A team came out with drying machines and air blowers and all the high tech equipment. They removed all the wet drywall, insulation etc. and kept me updated, explaining every step of the process, and also provided me with all the documentation my insurance company requested. My house was dried in a matter of a few days. I really appropriate the fast and professional service.

Description of Work
Provide water damage mitigation after a water leak in my house.

We have experience since 2017 and we are 100% committed to customer satisfaction in making your carpets look their best. We use eco friendly products for your home, commercial, corporate and office properties. We also clean furniture, mattresses, and mats. We do weekly or monthly cleaning or what ever your needs are. Please call us today for a free estimate and to get you carpets looking their best!  …

No, Water Damage Zone & Restoration Inc does not offer warranties.

Are there any services Water Damage Zone & Restoration Inc does not offer?