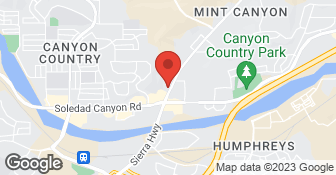 DBA: Energy Home Improvements Inc. Our company continuously adapts to customers needs. After being in the industry for 10+ years we have figured out the best way to serve our customers. There is always a level of professionalism maintained. Unlike the majority of the industry, all of our workers are hourly paid employees. They come out in full uniform. No job is rushed because our hourly paid employees take their time to deliver perfection. We have a $500 minimum project....

I cancelled the contract the next day and still have not received my deposit back. It seems like they were lying about the work that would be done, the whole thing seems shady!

Description of Work
They signed a contract to do our roof.

We were not lying about the work we would do. I'm sorry that we didn't come across as trustworthy. We recognize and respect your cancellation. As stated in the paperwork, we require a written notice of cancellation for a refund to be issued. I will post this here. Please send a typed out letter to 18345 Sierra Highway Unit 6 Santa Clarita, Ca 91351 As soon as we receive it we can close out the file and issue the refund by Cashiers Check and mail it out to your residence. I do regret that we weren't able to perform the work on your home. Our work is outstanding as many others have testified. One thing you wouldn't have regretted was the quality we would have delivered. We are always excited to complete a project for a customer because they ultimately become customers for life. We would even be willing to complete the 70% of the work before accepting any further payment so that we may earn your trust. However, I do understand that we cannot win them all. Feel free to call me direct to my cell phone if you have any more questions from here forward. Otherwise, I will personally be handling your refund. Dominique 818-605-7620 Thank you for even allowing us the opportunity to compete for your business.
5.0

Went extremely well. Started with the inside and did it fairly quickly as to not inconvenience us too much. Completed my entire interior in only 4 days. Then they immediately started with the outside with their fancy coating. I swear I can feel a difference already. I absolutely recommend.

Description of Work
Painted interior and exterior of home.

They are great! They are coming back out on Monday to finish the job. They are thorough, professional, on time, and are doing a great job for us.

Description of Work
They are doing interior painting of the house.

Description of Work
Back yard retaining/garden wall. And they were SUPPOSED to do our fence/front gate.

At Isaacs’s Ironworks we specialize in custom work serving the greater Los Angeles area and surrounding for over 19 years. A one time customer is something we try to avoid, that is why we devote so much time and energy to understanding your needs and getting them done quickly and cost effectively. We work with architects and designers and can create a beautiful structural & misc. steel product from blue print or your own design weather you are building from scratch or remodeling. At Isaac’s Ironworks we take much pride at our staff of experienced representative. When you call us you can expect to talk with someone who has knowledge and experience and truly understand your need, and the ability to provide to you when you need it. You can always count on us with innovation and customer service. We have in house design capabilities, and can handle all type of custom work. As Seen on Ellen - http://www.youtube.com/watch?v=N2geYFcqd2Y&feature=player_embedded. Additional fax - (818) 982-1984 wining.  …

We are your local, full-service painting contractors, providing exterior painting and interior painting and all related services including preparation, priming, carpentry repairs, specialty coatings and help with color selection. We have the skills and experience to meet the needs of virtually any painting project. After a successful 20-year career in financial and operational management, John decided he wanted to be in business for himself. Opening CertaPro Painters to serve the residential and commercial painting needs of the San Fernando and Santa Clarita Valleys has given him the opportunity to leverage his vast experience in project management and customer service. John's ongoing goal is to create a company that provides an outstanding painting experience for his customers 100% of the time. John Villar, the owner of CertaPro Painters of Northridge - Granada Hills, and his wife Tami both grew up in the San Fernando Valley and are active members of the community. Outside of work, John enjoys spending time with his 3 children, playing guitar and playing softball.  …

Elite Energy Improvements is currently rated 3.4 overall out of 5.

No, Elite Energy Improvements does not offer a senior discount.

Are there any services Elite Energy Improvements does not offer?