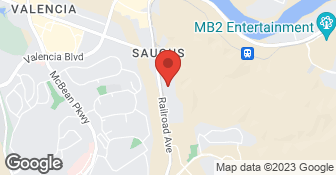 Affordable Quality Moving and Storage is a family-owned and operated moving company that provides top-quality moving services to clients throughout Santa Clarita and the surrounding areas. With more than 20 years of experience, upfront pricing, and a dedication to customer satisfaction, our fully licensed and insured movers can handle any moving job, large or small. Whether you are moving locally, long-distance, or internationally, our full-service Santa Clarita moving company can help you pack, store, and transport your belongings to your new residence or office in a safe and smooth manner....

Could not have been more pleased with the service provided by Brandon, Mike and his team. There was no breakage or damage to anything and Mike took extra care with our grand piano. They called to confirm arrival time and were very accommodating to every concern. A big thank you to the team for making our move as stress-less as possible.

Description of Work
We had a long distance household move.

It was excellent. They did job on time and materials. They worked hard for a long period of time.

This was a all around great experience! I would recommend AQMS to anyone who is looking to move a short distance or a long distance. I personally have moved short distance and just recently relocated from southern California to Portland Oregon. The crews showed up in uniforms, on time and professional. The men went above and beyond to help me with packing as well as organizing my items. Picking a company to move my home was not easy, but I am happy to have picked AQMS. Thank you for making my moves, stress-less , easy and affordable.

Description of Work
Moved me and my family into their storage and then out to Oregon!

I was astonished at what a tremendous and careful job they did while moving us. The storage facility was great and they were very fair priced. Great customer service!

Description of Work
They helped me move and also put things in storage for us.

Hey [Member Name Removed]! Thank you very much for the kind words. We are very excited to hear that you enjoyed using our services. Please let us know if we can do anything for you in the future!

They did an excellent job. It was absolutely amazing. We had no problems and they were fantastic. They were easy to get a hold of and everything went smooth. I looked at a lot of other places and this was the best place to find.

Description of Work
They moved us from Texas to California.

Hi [Member Name Removed]! Thanks again for the wonderful feedback regarding your multiple experiences with us. We will continue to ensure customers like yourself are extremely satisfied!

It went excellent, they worked with me because I have to change my date a few times to close on the home so they were willing to work with me.

Description of Work
They moved all my stuff, I bought a house so they moved everything to my new location.

Hello [Member Name Removed], We appreciate your business and we were happy to accommodate your date changing due to escrow closing. Please let us know how we can be of assistance to you in the future!

In October of 2012 at the recommendation of my realtor I hired AQMS for my move to Portland. I needed only short term storage for my goods to be moved - approximately 2 weeks. Upon receiving a quote I was told that my goods would be placed and stored in vaults, then loaded on a truck for delivery. I asked, "Like PODS?" And was told, "Yes." I assumed once put into the vaults the goods would not be handled again until arrival at my new home. A month later when they finally arranged for shipment and the truck was unloaded many major items were very obviously missing - beds, washer, dryer, refrigerator, and MANY boxes. I climbed up into the truck to see for myself that none of those things were there and saw that my things had NOT been loaded aboard in vaults as I'd been told but were shoved in among other people's belongings. I was told that the rest would be delivered ASAP at no cost to me. Also, at that time I noted that some furniture items had been badly damaged but the driver pointed out codes on their inventory sheets indicating general scratches on every item that was not upholstered. Even the upholstered items were described in code as soiled - which they weren't. Several upholstered items had not even been wrapped. Thus covering themselves should any real damage occur! When I spoke to Amber in their office about the multitude of missing items she described the loading of my goods from storage as a horrible all day thing that was complete chaos. Two weeks later I received another shipment which was very reluctantly delivered/dumped off. In checking off the inventory I was still missing 17 boxes and a set of bookshelves. None of the missing items were of a personal nature, such as pictures, clothing, etc. but items that could be easily used or sold. During both deliveries it was clear from the phone calls I overheard that the drivers and AQMS were blaming each other for the botched deliveries and missing goods. I contacted Casey Kirkman at AQMS and he emailed me that they "would make it right." Nevertheless, I was farmed off to deal with their Chicago headquarters who were completely apathetic. I asked what I could do to help identify boxes with descriptions, etc. to get at least some of my things back and would consistently get a rote reply,"You do have nine months from time of delivery to file your claim." I was missing SO much that it literally made me nauseous as I compiled a very long list. A list, which of course, was incomplete as it's impossible to remember the contents of 17 boxes. The total of what I could remember of the missing items amounted to roughly $6500. In April 2014 I FINALLY received a very inadequate check from National Van Lines for all of my missing and damaged goods without any indication of an apology. I have contacted Mr. Kirkman and he has not replied.

Hello [Member Name Removed]. Thank you for taking the time to let us know about your experience. We are happy to hear that your claim was settled through National Van Lines. Since your experience our company has transitioned into new management and I would like you to know that if there is anything we can do for you going forward, to please contact us directly.

When the salesman came out to the estimate he was very organized and used an ipad to inventory our furniture to work up an estimated. When they showed on moving day things deteriorated right away. One guy said he was ill and another guy had a bad leg and was limited on how much he could help move items. They also showed up without any wardrobe boxes. So, the guy with the bad leg had to take the sick guy back to the office and while there try and find some wardrobe boxes to bring back with him. So we where paying for four movers but where down to only two guys to move for an hour or so. I called the office and complained about the lack of movers and no wardrobe boxes. They eventually sent out a kid that they rounded up from Manpower to supplement the two other guys. When the lame guy finally returned he came back with only 4 or 5 wardrobe boxes and not the 8 to 10 boxes that we needed. We felt sorry for the two guys that did the bulk of the work. They really earned their money that day. The move took much longer than expected and to AQMS's credit they honored the initial quote they provided. We would not recommend this company to anyone.

Description of Work
We used this company to move us based on our realtors recommendation.

Hi [Member Name Removed], We are happy to honor the original quote that was provided to you. Sometimes unforeseen circumstances occur with people being ill. Thank you for your patience through your experience with us and if there is anything we can do for you in the future, please don't hesitate to give us a call.

Rockstar Pro Movers is your premier provide of long distance moving services within the state of California. We take care of your belongings as if they were our own. Whether you only need a truck with an experienced driver or you need door-to-door delivery, we are always happy to assist you. We offer great prices, great quality, and professionalism. We believe that everyone should be treated like a Rockstar, and we are here to ensure that everything goes well. Call us today for all of your residential, commercial, local, and long distance moves.  …

Affordable Quality Moving & Storage is currently rated 4.4 overall out of 5.

No, Affordable Quality Moving & Storage does not offer a senior discount.

No, Affordable Quality Moving & Storage does not offer warranties.