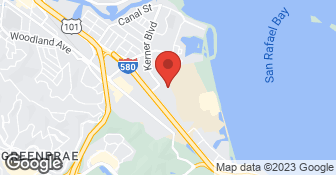 Max Hauling has been specializing in hauling and dumpster service for over 3 years. Call today for your free estimate.  …

Description of Work
Remove junk from garage and home

It was expensive and they were extremely professional. In their advertising, they say they re-use much of the junk and i actually called them because they are pretty good at recycling, message and advertising. I gave them two readily recyclable pieces and i was looking for a place where to recycle or reuse them, but they just junked it. The one thing that upset me was that i felt they made a promi...

Description of Work
I used 1-800-GOT-JUNK? San Francisco Bay. They hauled out somethings, such as a stove and a silver rack.

Date is approximate. They grossly underestimated cost. Had to wait for them because they did not allow enough time to complete job in one appointment.. Somewhat adjusted bill but did not live by their word. They did not bring correct tools either time.

The crew arrived on schedule and took less than 90 minutes to clean out the items. After the debris from the basement was cleared, a crew member swept out the area and the surrounding driveway where their truck was parked.

Description of Work
The company was called to clean out a basement and some furniture from a primary residence.

They showed up on time and were so friendly and polite. Both men did a great job of loading quickly and leaving my side yard neat.

Description of Work
They removed all of the junk from our side yard. I love the fact that everything they take will be recycled not just dumped.

It worked out really well. It was expensive, but they did a good job and got everything cleaned up. They were on time and did a very good job with the work. They were pleasant to work with.

Description of Work
They hauled away trash and junk. This was for two full truckloads.

So, I took off work on the day they promised to come. They called at the appropriate time to say they were on the way (it was when they said they would come). A team of two young men came, looked at all the boxes with me, the mattresses, the scraps of lumber, the old garden supplies. They gave me an estimate, and I agreed, and they proceeded to work. They lugged the stuff out like some sort of supermen with smiles on their faces. When we got to the end, we reviewed the things I hadn't tagged, and walked around and filled up the load (we were past half full and heading toward a full load by that time). We walked around and I said and quot;Wow, take this!and quot; and and quot;Wow, take that!and quot; I think, start to finish, it couldn't have been much over an hour. They were cheeful, professional, undaunted. They didn't wrinkle their noses at anything they were hauling, and they could have. I considered it costly, but I cannot tell you what a good experience we had with this company. To finish the story, I took a picture of the empty garage and put it in a box for my husband, and he unwrapped it at his belated birthday party at a restaurant. When we came home he went into the garage, and I honestly think from the stunned wonder on his face that it was without a doubt the best birthday present I'd ever gotten him. It did cost more than I would ever spend on a present, but you know, the garbage present was the best, that's what I'm saying:) We still can't put the car in the garage, so we'll wait another 20 years or so, and maybe the kids' kids will take the stuff? Anyway, best company ever, if you can rustle up the money. First you have to sort the stuff. Give yourself six months for that.

Description of Work
We had three generations of detritus in our garage and yard; old records, old clothes, packed in boxes; old mattresses that had suffered from garage vermin over the years; wood we've used in construction, old garden equipment. Our kids left their stuff when they went to college, neatly packed up but never to be retrieved (they've got kids now - how can they retrieve it?). Barrels of trophies, cartonized on shelves the kids built for us before they left:) -- records from my mother, long deceased now. So we spent six months sorting through every last piece of it, moving things we couldn't decide about into plastic containers with lids, marking them for re-sorting from the kids and re-shelving them on the wonderful shelves the kids built, so that they could pick them up sometime when the spirit moved them (they have not yet been so moved:). What we were left with was nearly a garage full of stuff we wanted to throw. We meted it out into our garbage, bought a shredder, and recycled it as we could, but it looked like most of it would have to be taken to the dump at $30 or more per load, It was dirty, crummy stuff, and every time my husband looked at it, his face was a mask of despair. We'd done all the work, but we still had to do all the work! So, he was to be out of town for his birthday, and I called 1-800-Got-Junk. I talked it over with a man there, and we were very speciific over the phone about what it might cost; they will take half loads, or less, so I knew my parameters (I think a full load was about $700). They arrange to come in at a specific time; they review what we're looking at, and give you an estimate on the spot. Then after you've decided what they'll haul, they proceed with their work.

This was a great experience for me! I had all the stuff that I wanted them to haul away in a big pile in the garage, and some rotting wood along the side of the house left from some planter boxes (so, it also had some rusty nails and screws). They (2 guys) gave me an estimate first, then were super-quick and tossed everything in the back of their truck. When they were done loading, they swept up my whole garage!

Description of Work
They hauled away household junk/furniture when we moved.

Everything went well. However, I found the price to be very high, and I have found more competitive prices at other companies. I actually had another company haul away a multitude of items from my garage for just $150.00.

Description of Work
They hauled away an old recliner.

Their price is based on height of the load rather than weight, so they did me a favor and did some squishing of stuff inside the bed to meet the estimate. While they are priced higher than some other hauling companies, I appreciated the professionalism and courtesy. Plus, in the past other hauling companies have spread my stuff out on the sidewalk to separate, thus showing everything to my neighbors. 1-800 put everything in the truck to be sorted later. I liked that privacy.

Description of Work
They arrived on time, looked at the stuff that needed hauling and gave me a basic estimate. They went right to work and did a great job of taking the trash (and recyclable articles) from my basement. They cleaned up afterward, sweeping and putting other articles away.