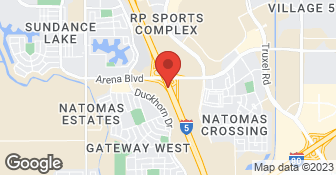 Sierra Valley Moving & Storage, Inc. opened for business in 1998. Starting with 1 truck and 2 men (the owners), Sierra Valley has grown into a full service moving and storage provider. Since 1998, Sierra Valley has become the regional company of choice for many commercial and private clients. We take pride in being flexible in order to meet the needs of our individual customers, and in acting as a support team for our corporate clients who need results in a timely manner. Ray Martinez and Larry Stokes, the owners, have more than 40 years of experience in the moving & storage industry, and have built their company on a foundation of customer satisfaction and personal accountability. Both are active in the daily operations of the company, and strive to develop personal relationships with repeat, and potential clients alike. Sierra Valley Moving handles all types of relocation, private and commercial. Office and household relocations, packing services, modular furniture installations, and furniture deliveries are all services that we provide. All of our trucks are equipped with lift gates, which promote both employee and product safety, and selected trucks are equipped with Air Ride vans for more sensitive cargo. In addition to rack space for palletized freight, our 45,000 sq. ft. storage facility is home to more than 450 storage vaults, and is fully alarmed to ensure protection of our customer’s product. *We are now an approved E-Waste Collection site! Call for details about an environmentally friendly way to dispose of unwanted electronics!...

AWESOME - AMAZING - can't say enough about this moving company and these guys! From A to Z. they were professional and thorough and personable. As Ray said to me "there is only one thing my guys won't do - - they won't say no." Well said. Use these guys for any of your moving needs. I wish we could use them for all our statewide offices! Thanks, all!

Everything was FIRST CLASS from start to finish. Ray Martinez came out, did a thorough and professional estimate, on short notice scheduled the date we want, and assigned a great crew to us. Ula the lead was professional and thorough and expertly ran the crew over two days of packing and moving. The crew - Curtis, Ken, Michael, and Johnny G all worked very hard and earned a tip from us. The trucks are clean and the packing materials were more than adequate. Everything was packed carefully, the house was protected, and the move was done according to Ray's description and to our expectations. At the end the job came in below the estimate and ahead of schedule. It's not very often that service exceeds expectations, and this company certainly did. I highly recommend Sierra Valley Moving and Storage without any hesitation for your residential move. - Terry M.

Description of Work
Full Service move of our residence

Sierra Valley Moving and Storage were incredible to work with. Paul and Ray the owners were involved from start to finish. Ray came and gave us an estimate on both the cost and the amount of time the move would take, and Paul followed up after the move to see how things went. Everyone was prompt, professional, courteous and understanding. We had some drama which I felt terrible about but the moving crew didn't bat an eye and just focused on their work. I was incredibly impressed and so grateful to everyone from the movers to the office staff for helping us out in a pinch. Everyone was mindful of Covid-19 and were masked and maintained social distancing, despite having to move heavy equipment down several flights of stairs. I don't know how I would have gotten through this sudden forced move if I didn't have Sierra Valley Moving to help me out. They will be my first call if I ever have to move anything again!! They deserve all the praise they receive and more. Thank you Paul, Ray and all the crew at Sierra Valley Moving and Storage!

Excellent service throughout--the people were very professional, the movers brought sufficient materials to protect all furniture, and the staff went beyond expectations and took care of the little things as well as the big ones. I would highly recommend this company and its staff and would definitely use them again (though personally I hope to never have to move again overall!).

Description of Work
local moving services from 3 bedroom home to 4 bedroom home, one floor level at each place

Excellent service provided. Two truck loads of very heavy furniture was moved 250 miles away. The moving crew was on time and worked very hard to move all of the furniture safely and promptly. I would certainly use this company again for any move.

Description of Work
moving a lot of office furniture

Excellent. We moved contents of a 2300 sq ft house to 4 different locations. We did some packing. Sierra did the rest. They provided all boxes and packing materials. We also changed the date for a portion of the move. Movers were on time, very professional, and the move came in well under the not-to-exceed price. Would use them again without hesitation. Wished they did long distance moves.

Had planned to move some furniture; however, due to unforeseen circumstances I already had to reschedule a couple of times. Roy at Sierra Valley was very understanding and try to accommodate new move dates. At this point in time, I still do not have a definite move date yet, but I am certain we will be using Sierra Valley for the planned furniture move.

I was most impressed with the wrapping of the furniture as one of the best features and services that Sierra Valley Movers offers. We have had subsequent movers twice since then, and while Sierra did a good job on our first move, I had a very stringent budget based on the need for three (3) large moves within a short period of time. Although Sierra did a stellar job, the new movers were also fabulous and did a good job. However, they did not go to the same degree of protection for our furniture, including my specific request to wrap furniture that was destined for move to storage; as there just wasn't enough time to wrap the furniture by the subsequent movers, but they too would have done so - with time permitting. With the new, alternate movers, I got a very cost-efficient hourly rate, appropriate size of truck(s), and appropriate number of movers each time, but they couldn't spend a great deal of time wrapping and preparing items for moving (based entirely on my stringent budget and desire to stay at or under 8 hours). This service is obviously while 'on the clock' and eats up a good amount of time. Both movers, including Sierra Valley were cognizant of my budget, with a quest to not go over the eight (8) hours I was contracting for, although I was charged for additional 'overtime' by Sierra. The new movers did not take any breaks at all, including no lunch breaks, and only charged me from time of arrival at old home, to time of final departure from new home (or storage,) when entirely done. This is another cost matter that Sierra Valley charges for and why there were additional costs to me that I had not planned on. Sierra Valley starts the clock when their truck leaves their yard, and this was included in the charged time to me, in addition to their lunch break, other breaks, as well as the travel time back to their yard? This time was what put me over on my eight (8) hours. Paying for as much as up to two (2) hours in total for lunch breaks, regular breaks, and travel from and back to their yard, was just not cost-efficient, nor warranted, to my way of thinking. I'm not heartless and would have been fine with the breaks and lunch, but did not think that this, or the travel to and from their yard was something I should be charged for. I think the movers should be 'off the clock' during these periods of time. This is the primary reason why I changed movers for the follow-up two (2) moves we had. However, I knew I would probably lose a specific service in order to stay within the 8-hour period for the new movers. In the final move, the additional time and effort originally to be dedicated to wrapping everything deemed for storage, was the service I had to lose. The new movers had to spend upwards of an hour or more to disassemble a huge king bed with drawers underneath, and then reassemble the gigantic bed at the new house. At the end of the day, the cost-savings was the most important element to me since we had to move so many times, from different places, within a short period of time, making the hourly rate, and 'what' I was charged for - THE most important element to me. If the charges are not of issue for you, I would highly recommend Sierra Valley Movers. They are super 'pros', did a great job of wrapping furniture really well, making additional stops ( including our storage unit) and providing enough movers, and large enough truck for the move. Sierra went as far as to have a desk that the sides broke off of as one of the first items to go on the truck. They did not request the final payment from me until they had the desk completely repaired, which was not an inexpensive feat, given the style, wood, and color of the desk. Max and Sierra Valley Movers are honest, ethical, prompt, and all of the great adjectives one can use for a fabulous mover. The lone complaint was the additional time elements that I don't think the customer should have to pay for, but that was it. Grade A!

Description of Work
A 3000 sf office space of furniture and equipment were moved to our home.

It went very well. The moving crew were able to separate and keep track of the three different segments of furniture. They loaded and unloaded the furniture in a efficient and careful manner this despite having to unload on a very hot day in July. They delivered, as indicated to me and my relatives in Nevada, at the time and place they promised they would have the furniture. Overall my experience with everyone in the company was a positive one.

Description of Work
I needed furniture moved to a new residence (over a 100 miles away from my past residence), some of my furniture taken to the dump, and some pieces of furniture to Reno and Washoe Valley.

Extremely well! Great job done by the team on a Saturday--a day they normally do not work.

No, SIERRA VALLEY MOVING & STORAGE INC does not offer a senior discount.

No, SIERRA VALLEY MOVING & STORAGE INC does not offer warranties.