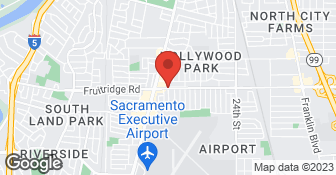 Not sure whats wrong with your vacuum? Come in today for a free vacuum inspection! We are family owned with over 30 years experience, providing vacuum and sewing machine parts repairs and services....

1. Machine was not ready on original promised date. After waiting an additional week, it was returned, but I could not tell if any service had been done. The stitching was checked but nothing was cleaned internally. 2. I was promised the featherweight machine within 2 weeks. Two weeks led to three, then four. Finally, I was told he could not repair and had to order another pedal, which would take another 2-3 weeks. I took the machine and left.

This is a family business. Deal only with the boss (uncle) Terry (I think I have that name right, but I can't find the note I made of it at the time), who may be back in the office, but ask for him by name, and don't take no for an answer. All the good things in this review apply to him only. I got this store's name from Angie's List, where it had received only one review, which gave it an A, but totally lacked any details, so I didn't know what to expect. One of the younger people in the store (a nephew, I think) answered the phone and quoted me $20 to replace the spindles, "but it could be more." Because I'm a crippled-up old lady, I couldn't go to the store myself, but I sent a caregiver over with the sewing machine and a credit card that was within $30 of its limit, holding my breath in hopes of a cheap repair, since I'm truly poverty-stricken these days. Luckily for me, the youngsters were busy when my caregiver arrived, so it fell to Terry to come out of the office and wait on my caregiver. Terry called me to verify that my caregiver was truly authorized to present my credit card, and after reassuring him on that point, I asked with some trepidation if he knew how much it would be and how long it would take. "$5," he said, "and it will be done in 5 minutes." (And it was!) I mentioned that the spindles had been broken off by a careless mover, and I hoped we would not discover more expensive damage when we actually started sewing. I'd had the machine for 40 years, but it still worked perfectly before the move, and I hated to think how much it would cost to buy a new one at today's prices. "You couldn't FIND a new machine that was even a twentieth as good as this one," said Terry. "Forty years ago, sewing machines were built to last. Today's sewing machines are built to fall apart. Most of the machines that come in here for repair are only a year or two old. But don't worry," he added, "we do free estimates, and if you can't afford the repair, you can leave me your old machine as a trade-in, and I'll give you a very good price on a similar old one that I've already refurbished. I love to work on the old machines; they're alive to me. They have history and a sense of worth, a kind of strength and dignity that we seldom find in today's world." Well! By now, I was in love with Terry! Sadly, when Terry is not looking, his young relatives are happy to cheat the customers by charging $20 for a $5 repair, and $40 for the free estimate. (While my caregiver was still there, he overheard the fierce tongue-lashing given the guilty party when a woman told Terry that she had been charged $40 for the free estimate.) The moral of this story: make sure you always deal with Terry, and you'll always get integrity along with your repairs.

Description of Work
Replaced the broken spindles on my sewing machine.

They are good. I would use them again.

All statements concerning insurance, licenses, and bonds are informational only, and are self-reported. Since insurance, licenses and bonds can expire and can be cancelled, homeowners should always check such information for themselves.To find more licensing information for your state, visit our Find Licensing Requirements page.
General Information
Free Estimates
No
Eco-Friendly Accreditations
No
Payment Options
Check, Visa, MasterCard, Discover
Warranties
Ask for details

Fruitridge Vacuum & Sewing Inc. is currently rated 4 overall out of 5.

No, Fruitridge Vacuum & Sewing Inc. does not offer eco-friendly accreditations.

No, Fruitridge Vacuum & Sewing Inc. does not offer warranties.

Are there any services Fruitridge Vacuum & Sewing Inc. does not offer?