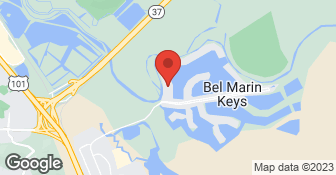 He charged me too much money. He is a good plumber, but he is too expensive. I don't use him any more. He is excessive in his prices. He was cancelling appointments. I was never his priority. His responsiveness s*cks. That is why I stopped using him.

Description of Work
I had a problem with my toilet. He had to go down with a camera so that he could clear the obstruction. He tried a snake but it didn't work. I had to get another toilet.

I was a member of Brian's 'diamond' club which entitled me to yearly households inspections, which included checking for leaks in the bathrooms and shower pans. When it was time to sell my house it was discovered that there was a severe leak in my shower pan that caused extensive rotting to the support beam underneath the bathroom due to water leakage for six years, ever since I bought the house and hired Brian as my plumber. I ended up negotiating payment of $5000.00 for repairs to the buyer of the house that Brian did not reimburse me for. I had already paid him an extra $15.00 per month for the 'diamond' club privilege plus his regular annual visit charges for SiX years... And he still fell short on missing a shower pan leak. And he did NOTHING to make this right. No offer of services to fix the issue or finances to help cover some of the costs for fixing the problem. I do not recommend this plumber.

They did the job fairly quickly and everything was fine. They were up-front about the price and they were responsive.

Description of Work
I have used Marin Plumbing. They replaced a garbage disposal for us.

Description of Work
Marin Plumbing redid my gas line when I put a stove in.

the dispatcher from marin plumbing called me Sunday morning in response to my message the night before, wanted to know whether or not I had found a plumber. She then attempted to find her technician in the field. She called 3 times to keep me posted, and didn't stop checking until I told her I had found someone.

Brian's estimates seemed high at first, but in the end he was absolutely worth it. He rolled with surprises that came up in the course of the work, which with other plumbers may well have cost us extra in money and hassle, and he threw in several little extras, like a new kitchen combination sprayer/faucet, that make our quality of life much better. (He gave us a discounted price for installing new appliances, too.) The hot water pipe leak was the initial problem. After a professional leak detection guy couldn't pinpoint where the leak was, Brian said he could replace just the hot water pipe, but that we should think about replacing the cold water pipe since it was old and might spring a leak too. Since we were having the walls opened for electrical work, doing a whole house repipe now would get the mess over with before we moved in. The lateral sewer replacement was another pre-emptive fix. The front yard was already a mess, but we had plans to have it landscaped during remodeling. When he showed us tree root intrusions on video from the camera he'd sent down the pipe, he said the short-term solution would be to have him roto-rooter the pipe every couple of years. Laying a new sewer pipe from the front of the house to the main line would, in the long run, minimize chances that we'd have to dig up the landscaping to deal with sewer problems. Brian communicated clearly throughout about what our options were and what we could expect for our money. He kept us informed about what stage of work he was completing or about to start, so that we were able to coordinate his work with that of other contractors. He took excellent care of us and our budget.

Description of Work
Brian came out promptly to deal with a water pipe leak and give an estimate for replacing a water heater in our newly-bought house. As we sorted out what scope of work we could afford, he gave us a few estimates covering a range of options and prices. The estimates incorporated a big picture view of fixes that needed to be done now, fixes that could wait, and pre-emptive improvements that, in the long run, would save us money and headaches and make our new place nicer to live in every day. In addition to a water heater replacement, we had him do a whole house re-pipe (2 bathrooms water only, water main from meter to house, kitchen sink, laundry sink, washing machine, 4 hose faucets) and lateral sewer line replacement.

Brian is basically a one-man company, so I was favorably inclined to him, since I run a one-man company myself. He has a fixed price for each of the common jobs he does, so he's basically charging for the job rather than by the hour. He spent some time going over his qualifications and his pricing structure at the beginning of his visit, and the whole thing was very professional. He did a fine job installing the toilet, cleaned up well afterward and explained my options in taking the old toilet to the dump. He wanted about $100 to take the toilet, which covered his time and the dump charges. I had no quarrel with his charge for that, but I opted to take it myself, which just cost me some gas and the $15 dump charge. The only negative with Brian was that he charges $59 to come out to the job, and it's not applied to the cost of doing the job. The combination of his $59 charge and the fixed price for replacing the toilet brought the total cost to $326 for about an hour's work. I consider that excessive for a small job like this, but his pricing may be more reasonable on larger jobs.

Description of Work
Install a new toilet. I had already purchased the toilet and had it in my home ready to install.

Brian Cooke from Marin Plumbing provided professional, knowledgeable, efficient, and courteous service. He gave us a window of time within which he would arrive and called when he was on his way. We felt confident in his ability and comfortable in his presence. The job was competed in about 4 hours and the project was clean from start to finish. The result: fresh, clean, pure water.

Brian was terrific. He had a busy schedule, but he was concerned enough about providing great service to arrange to come out the same day I called. He diagnosed the problem quickly, dealt with it efficiently (explaining that the pipes and vanity were so old that he could stop them from leaking for now, but that they couldn't be "fixed" without replacing the whole thing), and detailed the steps that would have to be taken (various options for replacing the vanity and pipes) to make sure the problem wouldn't come back.

There was a shelf over the tank and he was able to remove it in a way that made sense. He didn t break it and was very careful when he was installing it. He didn t over sell me, which I appreciated. I am pleased with the service.

Description of Work
He fixed a toilet tank for me that had broken. The toilet was located in a hard to reach place.

We specialize in Electrical and Plumbing we have been in the trade since 2004 working for a company and now we are working independently. For Spanish Speaking Representative please contact 4152611901  …

As a plumbing company we do drain cleaning, emergency services, new plumbing for a remodel or new construction. We have the experience and dedication to get the job done right! Specializing in Plumbing services; We guarantee your satisfaction, and we won't leave until the job is done right. We pride ourselves on the quality work we provide, while delivering great customer service! Call or click for your FREE estimate today! No job is too big or too small. We do it all at U.S.P.!  …

How is MARIN PLUMBING overall rated?

MARIN PLUMBING is currently rated 4.4 overall out of 5.

What days are MARIN PLUMBING open?

No, MARIN PLUMBING does not offer free project estimates.

No, MARIN PLUMBING does not offer a senior discount.

Are warranties offered by MARIN PLUMBING?

No, MARIN PLUMBING does not offer warranties.

What services does MARIN PLUMBING offer?

Are there any services MARIN PLUMBING does not offer?