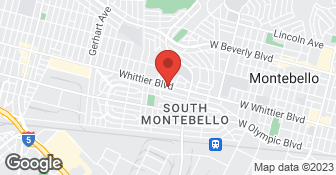 I called West Coast Plumbing because the sump pump in the condo driveway had stopped working and there was standing water from a recent rain. When the West Coast Plumbing service man showed up, he told the person I had at the house that the sump pump to the drain had to be replaced. He had not looked at it. He had not removed the standing water to examine it. I asked to speak to the service man. He repeated to me, the pump needed to be replaced. I explained to him, we had the identical issue the year before and all that was needed then was to clean out the debris. The next issue took up time from my job because I had several calls from West Coast Plumbing and the service man looking for the main switch to turn off the electricity to the pump. The service man insisted it was inside my unit, but I explained it wasn’t. The drain is out in the middle of the driveway. I asked if he had checked the main electrical box that is on the side of the unit where all of the other main connections are and he said it was not there. I finally told the person at the condo to let him in the laundry room to see for himself that the switch was not in the unit. This took time and it was very frustrating. Of course the switch was in the main box on the side of the house. Now on top of everything, I cannot get a written receipt for something I paid promptly. I called the company twice and submitted a written request. I cannot get reimbursed from the condo HOA with a receipt.

Excellent. My first tankless water heater (Rinnai) was installed by a plumber who was either inexperienced or careless (maybe both). After five years, the unit had to be replaced. Robert saw immediately all of the mistakes made by the first plumber. He offered great advice and quoted the job. After getting three other bids and doing some research, I decided to use Robert with WCP even though he was the most expensive. Robert arrived on time and finished the job the same day. He did everything in a very professional way and I was very pleased with his work, materials, attitude and professionalism. Robert also took care of pulling the city building permits which I asked him to do. As a result of my favorable experience with WCP on the tankless waterheater, I also asked Robert to install all new fixtures under my new kitchen sink. Again he did a great job. It is really a pleasure to work with such a professional. The only caveat I would mention is that WCP is a bit on the high side on price. If you are looking to get a job done cheap, you can probably find someone less expensive. If you want to get your plumbing job done really well, then I highly recommend WCP.

Description of Work
I have had two jobs done by West Coast Plumbing (WCP). The first was to install a tankless water heater including the new water lines and run a new, larger gas line. This job went very well. Robert arrived on time and finished the job the same day. As I result of how well Robert did the first job, I also asked him to install all new fixtures and valves for my new kitchen sink.

He was very professional throughout. He put on booties whenever he walked into the house while doing the estimate. His price was very competitive to other companies that I contacted. He was very responsive, often returning my emails within a hours. He was willing to install the heater in a location that made it difficult for him to route the piping, without additional cost. The job site was clean of any debris from the work, and the water heater looks great, as you would expect from a professional. I would highly recommend him for water heater work, and probably for any plumbing work as well.

Description of Work
I had a tankless water heater install on the outside of my house. He also re-routed a gas line in the laundry room.

We are a full service licensed, insured and bonded plumbing company. We have been in business since 2000 and we are family owned.  …

Local, trusted, and FAST, Fast Water Heater Company has been serving the local community since 1986. We repair and install all types of water heaters including standard tank waters heaters, tankless water heaters, and super-energy-efficient heat pump water heaters. Call us at 949-979-7482 for FAST service.  …

How is A1 Total Service Plumbing overall rated?

A1 Total Service Plumbing is currently rated 4 overall out of 5.

What days are A1 Total Service Plumbing open?

A1 Total Service Plumbing is open:

What payment options does A1 Total Service Plumbing provide

No, A1 Total Service Plumbing does not offer free project estimates.

No, A1 Total Service Plumbing does not offer eco-friendly accreditations.

Does A1 Total Service Plumbing offer a senior discount?

No, A1 Total Service Plumbing does not offer a senior discount.

Are warranties offered by A1 Total Service Plumbing?

What services does A1 Total Service Plumbing offer?

Are there any services A1 Total Service Plumbing does not offer?