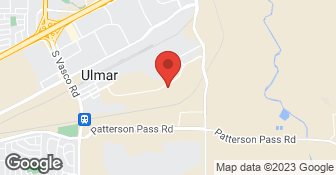 5 Star Pool Plaster Inc., is a family oriented business that strives to exceed the customers dream when remodeling their swimming pool. We offer the most affordable prices with exceptional workmanship. Our goal is to give you the most pleasant experience throughout the entire renovation project of your swimming pool. At 5 Star Pool Plaster we focus on what is most important, which is the customer guiding them through the entire process and making sure you are informed every step of the way and making sure that every renovation is a 5 star renovation. Additional service area covered: the majority of Northern California....

Cracks appeared in pool less than 2 years after resurface and crack repair. Refuses to honor their 3 year warranty.

In the beginning everything went smoothly, but to get them to finish the job was a nightmare. It took over a month to get them back to finish the job. Also they were sloppy and left debris everywhere. In the end the did a good job and I did like it. Would I hire them again, humm I really don't know I would have to think about that.

Description of Work
They re-plastered my pool.

5 Star Pool could have put more effort in plastering the pool smoother. The grout in the tiles has been chipping off, that started about 6 months after completion of the job. There were problems with the County pool inspectors OK-ing the work, he had to have his guys come back to do a part of the job over so it would pass inspection. The salesman that bid and sold the job could have spent more time looking after the men he sent to do the work, they may have done a better job if that was the case. I don't believe the property owner will use 5 star pool again, I think she may go with a higher bid to get a move professional job next time. The lowest bid is not always the best way to go.

Description of Work
5 Star Pool put in the lowest bid to re-plaster a 20 thousand gallon pool, put new tiles and install an up to date drain system. They took out the old plaster as requested rather then put plaster over the old stuff.

Things did not go well, 2 years later I am still trying to get them to repair items that are falling apart

Description of Work
Resurfaced pool and spa with pebble.tec. and replaced the concrete around the pool. They also poured a large patio area. I love the look of the pool for the most part and I'm happy with my choices. I'm very unhappy with 5 Star!!. My experience was similar to the other reviewers that gave them an F. I still have things that need to be fixed including cracking cement. I too, had the salesman promising the world, I went with 5 Star because the price was comparable to the other estimates and he's the only one that called to follow up. I did like the woman from one of the other companies better and wish I had gone with them I don't have time to write a full review right now, but wanted to make sure no one else gets burned.

Luis came out for the estimate. He was professional answering questions and explaining my concerns, He was also very available when I had more questions after obtaining several estimates. They started the job on time with no delays during and I believe they finished in 5 days. One of the workmen suggested a service that could do the necessary work during the curing process(brushing daily and balancing chemicals). The price was higher than the workman had indicated, but the man honored that price. So I had a very good experience and would recommend them highly. I have one slight issue (intake line not flush to pool wall and entry rail wobbly). Still waiting for resolution but as you see I still gave them an A rating because I thought the work was good and these are minor issues. The pool looks fantastic and the leak issue is resolved. However be sure to do a thorough check before settling your bill.

They were awesome until it came time to actually do the work. The salesmen and owners were at my home multiple times, prior to contract signing. The Salesman Jim P, sold us the world. He went on and on about their quality and abilities. He said they owned a and quot;bull nosing deviceand quot;, their device was a laborer with hand grinde/ sander. They under cut every other bid we received, and throughout the entire process, every other day we were forced to sign work change orders, resulting in additional expense, and lost time. The real horror was when we had to stop the concrete trucks from dumping 2000+ sqft on our property, when it was revealed they had never pulled permits. Some folk choose to do that and quot;typeand quot; ( unpermitted) of work. We had specified in our contract that everything was to be permitted. 5Star failed us on many occasions. I understand that people make mistakes, 5 Star completely blew it out of the water, when they choose to lie to the city of Pleasanton. 5 Star signed documents stating that our spa was a and quot;rebuildand quot; instead of the new construction, which it is. After revealing this major error to the planning department. The city forced 5 Star to practically tear down the spa to reveal inner the workings and construction. On at least 5 occasions the foreman ( which there are MULTIPLE) choose to go off plans. Prior to hiring 5 Star, my wife and I paid $5,000.00 for professional landscape architect plans. The same plans we provided each contractor prior to awarding the bid. The Plans that 5 Star bid upon… the very plans they were unable to find, when it came down to actually building our project. We requested (many times) line item, detailed invoices for work completed. They were never detailed, and left much to the imagination. We are now 8 months post completion, and have many issues which still need to be addressed by 5 Star. Eventually, they simply stopped taking my calls. We have massive cracks in the pool decking, a fence that will not open, a fence door that is falling apart, and poor/no drainage. If you want a company who will do the job they are contracted to do, and do it well. DO NOT hire 5 Star! Please run the other way! The three owners begged us to be let out of roughly 20% of the contract :i.e. arbor, additional gates, irrigation, ect. Because in their words, they had incurred too much expense. The truth of the matter, is when the homeowner forces a contractor to re-do work, to contract and plan specs, the profitability goes down dramatically. They were forced to rebuild my spa, seating benches ( twice), and our out door kitchen, three times. I really hope that Concho, Luz, Chris, or anyone at 5 Star who reads this, decides to finally do the right thing. We were more then fair, in our patience, with their multiple failures. Im still patient today, but I would bet we will never hear from 5 Star. Please be cautious, please don't be taken, please verify everything… don't trust 5 Star. Im happy to recap in person, or on the phone… and again, very happy to speak with 5 Star, should they be interested in speaking with me. All the issues I noticed them on in the past months are still present. I hope this helps Jesse Lucero jalucero@gmail.com Pleasanton, CA

It was fine. The pricing was really good like the cheapest and that kinds of worries me. He was like half the price of majority of the people. He was nice and I really have no complains. There are some bad reviews on them. He was really great.

Description of Work
5 Star Pool Plaster gave me a quote to do our pool and redo all of our concrete.

I called to get an estimate for a new pool and they came out to mesure and and to see what was that i was looking for. they were going to call me back for a second appointment so we cango thru the estimate but they never called back, they did not return any of my calls. if thats how they do potential customers i can just imagen how they do there actual customers i will not recomend them for any services.

Description of Work
there was no service done they never followed up with me at all.

We didn't end up using this company, but I have nothing but positive feedback on my experience with them. The person who took my initial call was professional and gave me an accurate time to expect a callback (one or two days later) and then Luis followed up me on multiple occasions to confirm our appointment and directions. He was professional and provided us with a quote very promptly and emailed copy to me within 48 hours. I would recommend them based on my initial impression.

Description of Work
We didn't end up using this company, but I have nothing but positive feedback on my experience with them. The person who took my initial call was professional and gave me an accurate time to expect a callback (one or two days later) and then Luis followed up me on multiple occasions to confirm our appointment and directions. He was professional and provided us with a quote very promptly and emailed copy to me within 48 hours. I would recommend them based on my initial impression.

Home remodeling and renovation. Give us a call, or click to schedule an estimate, today!  …

5 Star Pool Plaster Inc is currently rated 3.7 overall out of 5.

No, 5 Star Pool Plaster Inc does not offer eco-friendly accreditations.

No, 5 Star Pool Plaster Inc does not offer warranties.