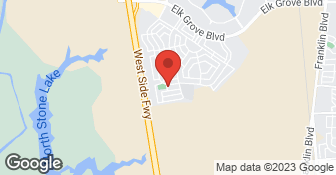 He chronically misses appointments and slips up. A job that was supposed to take a week took 3 months. He brought a guy with him that he knew was a thief, so my association said, and the thief had previously stolen a large TV from someone else s garage. He brought him into my house and something went missing, but, when I reported it to the contractor, it showed up magically in his van.

Description of Work
He did some work at my house.

I am responding to [removed member name] comments today 8/23/13 because i found out today that Angies list has reported me falsely. I knew [removed member name] for probably a year before i did any work for him, we got along well and spent hours in his garage talking about cars. one day [removed member name] called me and asked that i do some dry-rot repairs to his home due to the association's painting of his unit very soon. I told [removed member name] that i would but that I was on another job and would have to get back to the ongoing project as soon as his repairs were complete. I made the necessary repairs and went back to my existing project, I never asked for money and [removed member name] at that time gave me $500 for the monies i had paid out for materials. when i could i came back to do work [removed member name] had added to my list of things he wanted to get done. If he was not happy with me why did he not settle up with me then? the theif as [removed member name] calls him was my 19 year old son who picked up a knife in his kitchen and in his words i was fiddeling with it dad and i put it on your tailgate. it was returned the next day and i was very apologetic for the mishap. To respond in [removed member name] words my association said THE THEIF had previously stolen a T.V. from someone's garage" why have I nor my son ever heard about said tv. let alone the fact that no-one can enter or leave without going through the gaurd shack, therfore how did my son get in?You are calling my son a theif on a pay for services website? i came back to complete [removed member name] needed repairs and was going out to dinner with [removed member name] when my wife called and said why is there a complaint filed by [removed member name] with the Contractors Liscense board? [removed member name] words were OH I FORGOT ABOUT THAT. I completed the work we agreed that i was to do and when i was done [removed member name] refused to pay me $1100 he claims i had already billed him for but cannot provide me with any said contract or billing statement. In conclusion I have had my contractors license since 1997 this is and will be the only complaint ever filed against me. To me that speaks for itself. I spent 12 years in new home customer service and have always put myself in the customers shoes. I have always made my customers happy even if that means loss of profit. I beleive that is how i have made it in this buisiness this long only having 1 unhappy customer. I think this is very unfair of Angies list to not call me to notify me or ask my side of this event, or to even bother to check with the Contractors License Board of my history. they tell me that I can have my customers join Angies list if they would like to leave any positive comments. At $20 a pop to join? that sounds quite lucrative for Angies List. I completed the work agreed to satisfied the Contractors License Board and was given a warning to include a start and stop date on my contracts that was the extent of their involment. [removed member name] then waited 3 years to put his comments on Angies list? The whole thing started because i wanted to do him a favor!

Evergold Construction is a company that is committed to providing high-quality services in residential and commercial properties at an affordable price. We specialize in roofing, remodeling and a wide variety of construction services. A new company founded by Manuk and Joshua Avagyan, we have over 40 years combined experience. This is a company that is based on a solid foundation. ​ We have exceptional industry experience with deep insight into the construction business. As such, we are uniquely placed to offer you one of the best construction services in the Sacramento area of California. We take the time to understand your needs so that we are able to give 100% customer satisfaction practically every time.  …

How is R B Taylor Construction overall rated?

R B Taylor Construction is currently rated 1 overall out of 5.

What days are R B Taylor Construction open?

R B Taylor Construction is open:

What payment options does R B Taylor Construction provide

No, R B Taylor Construction does not offer eco-friendly accreditations.

Are warranties offered by R B Taylor Construction?

What services does R B Taylor Construction offer?

Are there any services R B Taylor Construction does not offer?