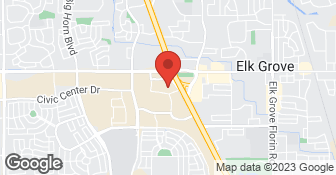 I go to the Toyota dealer to get my car done in Elk Grove. I think they are good on the price. Their responsiveness is definitely an 'A'.

Description of Work
The last service was for the every 6 months maintenance like getting the oil changed, checking the tires and all the fluids.

They are a very busy dealership so appointments are very important to have there. The facility is OK and we usually drop our vehicle off and they call us to let us know when it's ready for pick-up.

Description of Work
They provided routine service on our 2007 Highlander hybrid. We've been bringing vehicles to them for 3-4 years.

We really enjoy working with our Express Lube service technician. He is really informative and nice - A+ for him! Tip: Check your tire pressure when you leave. More often than not, our tires have been off by a dozen psi.

I bought my car there about 10 years and I've been having all my services done there since.

Description of Work
I went in for a major maintenance service. They went over everything and performed any services as necessary.

I really liked how friendly the service rep was and how well he communicated everything to me.

Description of Work
I had some minor service work done on my Toyota; this included some brake and transmission service.

They're very good with their service. They offer self service. They're very good. They're very professional and I really enjoy them. They're very efficient so I'm happy with them. If I have an issue, I can always speak to somebody about the issues I have and they'll get it taken care of. I had a problem with my air conditioner about 3 years ago and they knew what it was and they just took care of it and fixed it for me and I think it took a day to get it done. I may buy another Toyota.

Description of Work
I took my car to Elk Grove Toyota for an oil service.

Great. Fred Daniels is the best service writer. I have used Fred since 1986

For most tune ups, no appointment is needed. Just show up, get in line and service is done generally in an hour.. For the critical tune ups (i.e. 30,000, 60,000, etc), an appointment must be made and it generally takes 2-3 hours. Have had great service from a dealership, one problem in particular, the service representative called Toyota HQ and because we were long-standing customers, the part was replaced as if it was still under warranty when the car had passed that several hundred miles before. Got the approval to go ahead...that's great customer service.

Description of Work
1. 75,000 mile tune up 2. I have purchased 2 vehicles from Elk Grove Toyota (and 1 from when it was Florin Road Toyota).

I purchased a used Tacoma with very low mileage. I saw an add on the internet. They had a thing that if you respond on the internet you get a and quot;specialand quot; price. So I did and received a price of $24,000, which is not unreasonable for a low mileage Toyota Tacoma. I went to see it, was satisfied with the vehicle, accepted the price and got a low but not terrible trade in price for my Tacoma, and went through the paperwork. I do not like to give out personal information due to identity theft, especially when I write a check for something. So they had to have a cashiers check which was OK as a branch of my bank was close by. They just can't do the deal without my social security number so I finally give it up. I complete the paperwork and taken out to my new truck by the salesman to finally get out of there. I'm handed a key. I ask where the other key is. There is no second key as the prior owner only gave them one. I say that they should have told me I would only get one key while we were talking about the vehicle price as I would have knocked off a few hundred dollars to account for a missing key. I get some unsatisfactory response from the salesman so I tell him I'll call the manager, who I talked with when I had arrived as he was the internet person, and get a key from him. It's late and rush hour traffic is about to begin and I'm tired of being at a car dealership. I call the manager and he tells me he can't do anything for me. I advise him that it would be a good practice for him to advise clients of what they get and don't get when shopping for cars at his dealership. I complain to the Toyota Company by internet and they refer me to the Customer Relations Manager at the Elk Grove Dealership. First e-mail contact she explains how they provide excellent customer services but can't do anything about my particular problem. I respond to that with a rather and quot;p*****-offand quot; e-mail response basically telling her that and quot;excellent customer serviceand quot; would be telling potential buyers that they would not be getting something like a spare keyset before agreeing to a price and buying the vehicle, and then, if making such a mistake as that, that they should apologize to the customer and make them a key. Since I'm heading on a trip to places not near towns with locksmiths, I go to a locksmith and have a key made for $70. (I later buy a remote door lock unit for $30 on the internet). I get back and there is an e-mail from the Customer Relations rep saying she felt sorry for me so she checked with manager and they will make a key for me. I respond to her that I am through with Elk Grove Toyota. For fun, I looked to see what they were doing with my trade in Toyota. They had cleaned it up nicely, listed it too high but when you got the and quot;internetand quot; discountand quot; it was not totally unreasonable. But they advertised as having been a daily rental. I will never trust car sales people, ever!

Awesome! Awesome!! Reason why I drove 30min to go here instead of somewhere closer is because usually they always do such an awesome job! I took my Toyota to get its 10,000 Miles Service done, they not only held it under warranty but GAVE ME A FREE RENTAL CAR! I kept for the night. And washed my car for me. oil change under warranty gave me a free rental car for extra day and washed my car for FREE! The $74.00 was only due to me wanting royal purple oil (expensive) I didn't have to wait long considering I didn't have an appointment however there are two things I had to call the manager for. 1. When I asked for the better oil, instead of listening to me the first time they tried to talk me out of it. That I don't need it and the regular oil is very good! But I know what I want and I wanted the higher quality oil and to argue or try to convince me I didn't need it made me frustrated at the guy. Remember he's just one worker who was in the wrong and not the company. 2. I told them I wanted the boxes checked off from my Toyota booklet of each service suppose to be done that's included with the service. Even though the receipt gave me a list, I said nicely I wanted the booklet checked off and they didn't do that either. After talking to the manager, they fixed the problem so next time when I come in, if I want something in particular they will do it. Everything else was awesome! Last time I had a tire issue and they allowed me to take one of their tires without payment till I got mine fixed and brought theirs back. No other place would allow that! It cost me ZERO!! Overall I am very pleased with this company and past/future services. Just keep in mind that if a worker does something you don't like, please call the manager so they can get better service people and keep their company in good standing or no one will know and those service guys will get away with it! I've been going there for awhile and that was the first time I had a problem! Go there, you won't regret it!

Description of Work
10,000 mile Service for my car.