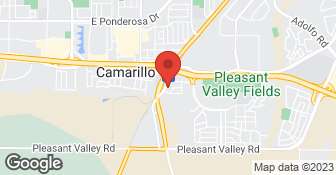 Edward's Enterprises began as a rain gutter & landscaping company 15 years ago. In 2005 I became a licensed General Contractor (B 857752). I am proud to serve the community with great long term employees working to complete Remodels, Renovations and Repairs for our many customers. Do you have a list of projects you are putting off until you "have the time" to get to them? Let us help you today! -Edward, Owner of Edward's Enterprises 10 Reasons to call us: REMODELS & Handyman Repairs, locally owned Since 1996. LICENSED (B 857752) General Contractor since 2005. INSURED: Liability, Workers Compensation, & Auto. Experienced, Long Term Employees providing you Handyman Repairs. Vehicles with the tools to complete home & office Improvement Tasks. Hourly Rates & centralized scheduling of Residential & Commercial appointments. Network of Suppliers & Sub Contractors. Service Area includes Ventura County & portions of Los Angeles County & Santa Barbara County. Open Daily (Monday to Friday, 7am to 5pm). Flexible Scheduling Options: After Hours, Emergency & Weekend rates. Services List: Remodels Renovations Handyman Repairs Carpentry Decks Fences Plumbing Electrical Landscaping Painting Drywall Doors and Hardware Hauling & Cleanups Property Maintenance: Apartment, Retail, REO...

Bad experience, do not use.

Description of Work
Hired them to clean the property of an HOA. They showed up 30 minutes late. Gave them a map of the property and asked them to clean up all the trash and when they were done to call me to give a follow up on the day. They never called me just sent me an invoice the following day. When i called on Friday they never returned my call even though i again told them i was looking for a year contract for weekly service. I would not recommend this company, they showed up late, and didnt follow through on anything they said they would.

I would not hire them again. The fence was fine, but the gate was not a good job. It was not installed properly. They were using my power to build the gate, which I though was unusual. I wanted to change my mailbox, so I asked them if they would change out the mailbox. The boss stated they could do it $45. I had to pay them $45 to change the mailbox.

Description of Work
I contacted them about installing a new fence and gate.

We CONTRACTED IN WRITING with the Member to install a gate and a short section of fence. This was installed, per customer's request, EXACTLY AS ORIGINAL, with the exception of adding an additional post for fence, which he thought fell over because "kids had knocked it over", not because the bottom of the post had clearly rotted away and the fence had signs of rot / termites throughout. We always plug our power tools into a power source on the customer's home unless it is a vacancy turnover that has the power shut off, in which case customer is billed for generator use. I do not know what is unusual about this at all. This is the first I have heard that he had an issue with plugging anything in from the customer (or anyone else we have worked for the past 14 years for that matter). I do know that he asked my foreman for a mailbox to be installed. BEFORE DOING SO, as it was a change order to the original contract, we gave him a price of 45.00. He agreed. It sounds like he is complaining about the price, we only installed the mailbox after we had his agreement on the price. If you don't want to pay for a service, don't agree to have it done. If a contractor is at your house doing work and you ask them to do something else why they are there, expect you may have to pay for it. The gate and fence and mailbox were installed correctly, on time and on budget with original bid and contract, which the Member signed before we started. He also PAID IN FULL contract after a full walkthrough of work done, which included the Member JUMPING UP ONTO THE FENCE AND GATE AND HANGING ON THEM, because he thought "kids are coming in his backyard" without his permission. He saw all work complete before we received final payment. It is a sad member who signs a contract, gets exactly what he asked for and PAYS IN FULL for, and then comes on her to complain and give a company all F's. The Member needs to rethink his comments, and more importantly his GRADES. They are inappropriate and a reflection of the customer, not the work we performed, of which I would stand behind any day.
4.0

They did an excellent job, got everything, and cleaned up after themselves well. I'd highly recommend them to anyone looking for a great painter!

Description of Work
Ed and his crew painted the inside of my home.

SHE IS ALWAYS A DELIGHT TO WORK FOR AND I HAVE ENJOYED MEETING HER NEEDS FOR SEVERAL YEARS NOW. -EDWARD FLANAGAN

Contractors License #1018107 Ranch Hands is a handyman business servicing the Santa Ynez Valley and Santa Barbara County. Our purpose is to provide consistent, efficient, and dependable handyman services, with an emphasis on repairs or maintenance for your home, office, or landscape. We show up as gentlemen, clean and sober, and bring enthusiasm, passion, and gratitude to everything we do. We are honest, working men who believe that proper preparation and attention to details is the foundation for success. We lead with recovery, and are on-call for your needs 24 hours a day, 7 days a week.  …

We have the experience and dedication to get the job done right! Specializing in Drywall services; We guarantee your satisfaction, and we won't leave until the job is done right. We pride ourselves on the quality work we provide, while delivering great customer service! Call or click for your FREE estimate today!  …

We offer many services! A call to 805-987-2441 will allow us to discuss your project with you and see if we will be a good fit for your needs.

EDWARDS ENTERPRISES REMODELING & HANDYMAN is currently rated 2.3 overall out of 5.

Are there any services EDWARDS ENTERPRISES REMODELING & HANDYMAN does not offer?

We offer many services! A call to 805-987-2441 will allow us to discuss your project with you and see if we will be a good fit for your needs.