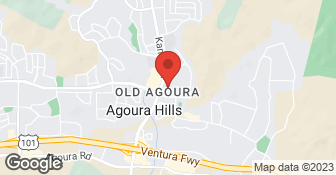 Description of Work
I used Betty's Maid Service for housecleaning.

I made an appointment with them and they did not show up so I had to do the work myself that day. She seemed like a decent person so I was willing to give her another shot. It took her forever to return my call to make a new appointment. Her team did show up the second time and did an ok job but not great and they were only here just over 2 hours. I asked if they could sweep my porch since I only had them clean one of my bedrooms and not the other and they said that wasn't included. Also the lady on the phone said that I had to pay $80 for the cleaning but when they got here it was $85 and that I needed to get a coupon for the free acid wash that they were doing for missing the first appointment but on the phone she didn't mention anything about a coupon. She seemed like a nice person on the phone and I'm sure they do decent work sometimes but if I treated my clients that way I wouldn't have clients.... I am not using them again and would not recommend them to anyone.

Description of Work
A cleaning of my 2 bedroom apartment.

Three workers arrived on time for a scheduled 2 hours for an initial 'trial cleaning' of a couple of rooms. Two worked on the master bathroom and one worked in the kitchen and joined her to help to clean the downstairs floors (living room and family room hardwood). There was a main contact person among the three that was in charge. After two hours, they had not fully completed the work that I wanted done, so I agreed to pay an extra half hour. They were able to finish after the half hour was complete. I took the person in charge around the house after they were finished to try to get an estimate for cleaning the entire house. After looking through each room, she said she would talk to the agency and get back to me. The agency called a few days later to see how things went. I told them that the contact person never got back to me about an estimate for the entire house, and she was surprised and said that perhaps she wasn't able to discuss the price with them yet but would let me know as soon as she spoke to her or looked at the report. They never got back to me after that. The work that they did was ok. The master walk in shower was not as clean as I would have expected for a first deep cleaning by two people after 2.5 hrs. The kitchen was done adequately for the time given - I think she might have felt pressure to finish everything within the time frame. They had asked me to check over everything, but I didn't notice the shower wasn't cleaned well until I used it the next morning. I was still willing to have them clean the house, but maybe they were turned off because our house is big (about 3000 sq ft), I'm not sure. I told them that they could clean parts of the house at a time or only the rooms that were regularly used. Overall they did a decent job, but not great, and I also found it very unprofessional not to get back to me for a quote on a full house cleaning.

Description of Work
The kitchen, master bathroom and family room and living room hardwood floors were cleaned within 2.5 hours.

They were okay, but I wasn't really that happy with them. Their responsiveness was good initially, but when I tried to get them back out, they never responded.

They've only come once so far, but so far the cleaning has been good. There was a little mix up and the cleaners were late the first time they came but it wasn't a big deal.

Description of Work
I spend $120 dollars every two weeks and they perform housecleaning for me. I have a contract with them.

Very professional. They explained the services to me over the phone and scheduled the services promptly. They called ahead to confirm. Two very nice women arrived promptly and did a super job cleaning. The house had not had a thorough cleaning for a while and with two young children both off from school, there was lots to do. They spent 2 1/2 hours and when they were done the house was spotless. The changed the bed sheets, did some windows (with regular service they do a few at a time), cleaned the baseboards, cleaned the bathrooms and kitchen, etc. They cleaned in the corners of the floors, got the stainless steel appliances shining and polished my dining table. The price was good for such a thorough job and I did give each a nice tip.

Description of Work
Basic cleaning of our 3 bed/2 bath home.

My regular cleaning service closed after six years. I have been working with different services for the last several months, and this is one of many. They have cleaned my house on several occasions. The work is okay. here are two main issues with this service. I would like regular bi-weekly service. You have to call several days before service, and then you get a call the night before confirming, then the day of with a time. First, this system has broken down and I've waited, and no one has shown up to my house. Second, you have to be present for all these phone calls or they'll schedule someone in your place. The cleaning is so/so. They do not dry floors. The kitchen tile is left wet, and they have replaced wool rugs on wet floors -- only to be discovered by me later because of the odd smell. Lastly, the fee changes depending on the number of workers despite their written contract to the contrary.

Description of Work
Cleaning of 2800 square foot house. 4B, 4Ba. All wood/tile floors.

For the most part, they are very good. They come every other week and charge $85 for that. When I have been there while they are there (I am usually at work) I see that it takes the crew of 4 to 5 about 1.5 hours for my 1000 sq ft condo. They do a good job at cleaning and most importantly I have never found anything missing. Also, when they have broken something, they usually let me know and offer to replace it.

Description of Work
They clean the house. Sweep and mop floors, vacuum, change the sheets on the bed, clean bathrooms and the kitchen.

I'VE ENGAGED THEM FOR ABOUT FIVE YEARS NOW. THE SKILL OF EACH TEAM WILL VARY, BUT THE COMPANY IS VERY GOOD. I HAD A VERY GOOD TEAM. NOW I HAVE A TEAM THAT IS NOT AS ATTENTIVE TO DETAILS. THE TEAM LEADER USUALLY HAS TWO OR THREE PEOPLE ASSISTING THEM, AND MOST OF MY COMMUNICATIONS ARE THROUGH THE TEAM LEADER.

Description of Work
THEY DO GENERAL HOUSECLEANING. THEY DO VACUUMING, CLEAN THE BATHROOM, MOP THE FLOORS, TAKE OUT THE TRASH, AND CLEAN THE KITCHEN.

BrightView window cleaning is a family-owned business based out of Moorpark 15years experience, We specialize in residential & commercial services including professionalism window cleaning, solar panel cleaning, gutter cleaning, and pressure washing for the Ventura County ,L.a county, Santa Barbra county What makes our business different?Every service comes with a 7-day rain guarantee - if it rains within a week we will come back and clean the outside again for you free of charge. We use only environmentally We clean windows all year round * Professional: Fully insured, background checked employees. * Superior window cleaning * Fast and reliable service *Windows thoroughly cleaned inside and out * Frames and seals wiped clean * Screens removed and hand scrubbed *References available from satisfied customers *Show covers (booties)worn inside home along with towels for any droppings  …

Toris BM LLC is a professional family owned house cleaning company proudly serving the San Fernando Valley, Burbank and Hollywood areas for over 12 years. Our customer satisfaction is unrivaled and we always strive to provide the highest levels of care for your home. We specialize in all aspects of cleaning your home, with services including: Basic Housecleaning, Deep Housecleaning, Post-Construction Clean-Up, Move-In/Move-Out Cleaning, Window Cleaning, Carpet Cleaning, Appliance Cleaning, Floors and much more. Call or message us today to schedule an appointment!  …

BETTY'S MAID SERVICE INC is currently rated 3.8 overall out of 5.

No, BETTY'S MAID SERVICE INC does not offer a senior discount.

No, BETTY'S MAID SERVICE INC does not offer warranties.

Are there any services BETTY'S MAID SERVICE INC does not offer?