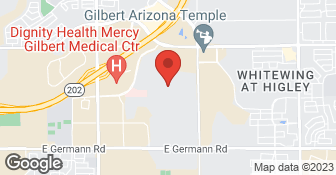 Custom home design, build and remodeling company. We build custom homes and provide a great quality service for your home remodel projects. We provide a turn key operation your dream home from design, through selections and we will be there for your throughout your entire home build. This company is a family owned and operated with over 30 years of professional service in the Phoenix area for all your home building and remodeling needs. We take the stress out of making your dream project so it can be an exciting experience for you. Our staff of well qualified assistants can make your dream a reality. We also pride ourselves on being one of the few companies that provides a 90 - 95 percent dust free remodeling experience. We use Build Clean units on all out remodels which helps eliminate most of the dust from your project during your project. This not only helps to keep your home cleaner during the project but also helps our workers perform in a more healthy work environment. We are not a company that does repair work as a scope of services we perform at this time.  …

Quality Custom Home Builder that also provides a full service remodel/additions,/casita's/specialty garages as well Minimum size job is $15,000 Contact us for a no cost estimate  …

Bjelde Electric and Bjelde Construction are locally owned and operated. Bjelde provides full-service residential and commercial electrical company along with handling projects from small home-improvements to new custom home construction. We provide value, service, and excellence beyond what clients expect. Our mission is to put quality back into the electrical and remodeling service area one customer at a time. We would like to earn your trust and provide excellent service for your residential or commercial electrical and remodeling needs! Give us a Call today! ROC #327000 Electrical: (480)659-1059 & Construction: (480)288-7512  …

Haven Construction was my builder for my new construction and Justin Jobe is the person who I have been dealing with since before I closed escrow. They have failed from the beginning and three years into this ordeal to keep their promises. Instead, they’ve cost me money, put me off and when they do any work, they don’t do it right. My house is unsellable and I cannot collect what may be as much as $350K in equity because of the poor build quality, the lack of warranty repairs and REALLY bad truss uplift issues that I’ve been telling them about within the first six months of living in the house. They finally did a patch job with the drywall and screwed into the trusses after putting me off more than 15 months, which I told them was the wrong way to do it, but they refused to listen and I had already sent them videos about what I had found about how to fix it properly. Their “fix” only made the problem worse and the patchwork for the drywall texture make it look like I have a huge scar running down my house! I wish that I could say that I had the same experience as the others, but that’s only part of what they’ve done to me. Justin Jobe got very nasty with me, acted like he was doing me some sort of “favor” and falsely claimed that he has always been respectful and that they have been to my house multiple times and done drywall repairs. I have an irrigation system that stopped working within the first couple of months and wasn’t even connected to some of the plants. I even had to pay to get a tree replaced and that’s how I discovered the issue. I have a punch list that includes items since before we moved in and that just keeps growing. They’ve only addressed what they want to and that they can get done cheaply. Justin even acted like he was doing me a favor by getting a painter to repaint my walls while we were in escrow and charging me $2K cash because he let his superintendent order my cabinets rather than me getting to pick them out like the contract said. I’ve asked him to settle with me by buying my house back for the cost of what it would be for me to get a home comparable to mine within Flagstaff, AZ where I currently reside. But, he said that my home isn’t worth that and that I’m unreasonable. I think I’ve been more than reasonable given that he’s put me off for three years now and hasn’t kept his promises repeatedly from the beginning, while he and the his siblings continue to build homes and make lots of money. He currently has one of his homes for sale for about $2.2 Million. He can definitely afford to buy mine. Oh, and he even tried to use COVID-19 as an excuse when I called him out on why the truss supplier didn’t show up with him as he promised back in September last year. While it doesn’t fit his original story, I think it’s interesting that he can get workers to show up when it makes him money, but not when it costs him money. I don’t trust Justin Jobe or Haven Construction or any member of the “family businesses”. If they mean what they say on their website, they would’ve fixed my home within 90 days maximum of the major issues and 15-30 days for the minor repairs and warrantied all of the work. Since they haven’t done that, if they mean what they say on their website, they should be respectful to their customers who have had a bad experience and do whatever is necessary to make it right, even if it means on occasion, they have to take a loss. It’s called business…they can write it off. I can’t.

Description of Work
Haven Homes built our house. They came up with the plan for our home. They came back to do some repairs recently.