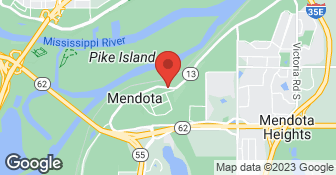 Landmark Fence and Deck of Mendota, MN, is an experienced, quality-oriented, family owned and operated contractor committed to customer satisfaction. Commercial and residential customers throughout the Minneapolis and St. Paul, MN, metro areas have turned to us for 35 years for superior fence products and services. Custom wood fencing, featuring premium quality western red cedar, has been the cornerstone of our business since 1978. Today, our products and services include Ornamental steel and aluminum fences Vinyl fencing Pergolas, Privacy and security fences Pool and hot tub enclosures Open and picket wooden fences We accept both residential and commercial projects of all sizes. All of our fences come in a variety of styles, from basic to extraordinary. Landmark also offers vinyl and ornamental fencing options to meet your maintenance-free needs. Our experienced crews can expand your living space and improve security for your children and pets. We are licensed, bonded, insured. Our dedication to customer satisfaction means that we will get all required permits before building, locate all underground utilities and leave the area free of any scrap material once the installation is complete. You can trust our crews to get your job done on-time and within budget. Call Landmark Fence & Deck for an on-site estimate today!...

Murphy's Lawn Maintenance & Landscaping has been family owned & operated and serving our customers since 1986. Enhance the appearance of your yard with lawn maintenance and landscaping services. We are focused on your complete satisfaction and make sure you always receive commendable services at competitive rates. 8-14 employees. Cost is determined by the job. No Additional travel charges or service charges. Extra charges for after hours service. Ask about Angie's List Discount. Additional address - 2036 English street,Maplewood MN 55109 DBA - PHM INC.  …

A Mankato-based landscaping company that started in 2020 and has over 10 years of experience in the landscape industry. This company concentrates on grading (yards and driveways), retaining walls, water features, edging, setting boulders, sod, rock and mulch. As well as completing landscapes for newly built homes and updating prior landscapes, including updating plantings, adding new or more plantings to already existing garden bed, and tree installation. Eagle Hardscapes also offers garden maintenance that includes weeding, annual pot design and installation, pruning/trimming, and spring and fall cutbacks of perennials. No job is too small or too big. Eagle Hardscapes looks forward to working with you on your next project!  …

At Flores Lawncare and Snow Removal our belief is that our customers needs are the utmost importance. Our team with 10+ years experience is committed to meeting those needs. We welcome the opportunity to earn your trust and deliver you the best service. No job is to big or to small, please contact us for a free estimate!  …

We hired Landmark to install a cedar fence in August of 2017. We started off on a sour note when I received a call from Landmark on a Friday at 5pm stating a crew would be over the next morning to install our fence posts. When I requested that they come Monday morning, I was told they had a big job they were starting Monday and the only time they could fit us in was the next morning (Saturday AM). Our project was $7000 – I guess that’s not ‘big’ enough for them to be able to accommodate the customer’s schedule. I’ve never seen such horrible attention to detail! Within a week after installation, I called Mary at Landmark and explained IN DETAIL my issues with the fence installation (since no one from Landmark bothered to contact me to check to see if I was satisfied with the fence). I explained that I wasn’t satisfied with several things including: 1. Not only were sections of the fence not level horizontally, but in several locations the fence sections were attached at different levels on either side of the post. 2. After the first rain we noticed that the nails used on our gates were leaving black streaks on the fence. 3. Several of the posts are already splitting or were split when they were installed. 4. The main gate wouldn’t close. After detailing all of this to Mary – including the EXACT location and details of my issues – the owner of the company just showed up to the house one afternoon saying he was there to fix our fence. The only thing he fixed was the gate that wouldn’t close. He told my husband that he would be back to fix the other things at a later time. To date, no one has been back out to our house to correct the fence; however, they have managed to call us multiple times asking for payment. My husband explained that no one has returned to correct our fence but Landmark staff states they wouldn’t make the corrections until we pay them in full – then we can get those things corrected by taking advantage of their warranty. In my opinion, these are not ‘warranty’ issues – the fence was not constructed correctly and I notified them I was not satisfied. Based on other feedback left on Google Reviews, Angie’s List and YELP they are not known for responding to warranty requests. It’s not ‘warranty work’ when they use the incorrect type of nails that leave black streaks on a fence. It’s not ‘warranty work’ when the fence is not horizontally level. It’s not ‘warranty work’ when two sections of fence attach to the same post at different levels. In addition, when Carl was at our home in July 2017 he NEVER mentioned that Landmark was closing their doors. Shortly after installation when I called them to discuss my issues with our fence installation, my call went to voicemail and THAT’S how I found out they were no longer accepting new customers and closing their doors. Had I known when I called them in July for an estimate that they were going out of business, I would have taken MY business elsewhere! Good luck getting warranty work out of a business that is no longer in business.

Installation was fine but as others have noted here, they do not respond to requests for repair. We have two posts that have rotted out and have called several times but no response. They are not interested in repairing the fence once it has been installed.

Description of Work
We had 5 fence posts replaced. Landmark had originally installed the fence many years ago.

Excellent. Couldn't have been better.

Description of Work
Installation of a fence to match existing partial fence in my yard. Installation of neighbor's new fence. The two projects were bid and completed together.

Loved the fence when they had finished installing it, but after 5 years, one post rotted out. Two years later three more posts were totally rotted. A WARNING ABOUT THIS COMPANY: Make sure someone is home to make sure the post installers properly install the posts. On the posts that have failed, installers put the post directly on the soil. One post had a whole side that had no cement. I had the owner come out and look at the situation. Because of their 5 year guarantee, they will do nothing. He told me that basically "it's just normal fence maintenance to replace the posts every 5-7 years". I KNOW from talking to neighbors and other fence installers this isn't how long a cedar fence post should last. AGAIN - watch the workers carefully or they will cut corners and you'll be constantly replacing the posts (as I will have to do).

Description of Work
Privacy fence was installed 7 years ago.

Landmark fence was remarkable with their professionalism and service and they cost much less than the other companies I looked at. They completed the work in two days and when I showed up and told them that I had explained something wrong, they happily fixed the problem. I work with many companies and this was so simple, I can't believe it. My new fence is beautiful. My only regret is that I didn't do this sooner.

Description of Work
This provider worked to remove the existing fence around our very large yard. They installed a beautiful 302' Fence.

We found them through our neighbors. They are excellent. Their craftsmanship is excellent. Their service was exceptional. We actually gave him some ideas to design but it turned out just beautiful. He was really nice to work with. I would highly recommend him.

Description of Work
We used Landmark. They did a pretty heavily designed fence.

It went well. Carl gave the initial estimate and was helpful with good insights. The installers came when they said they would. The posts were put in on a Monday, and the fence was installed on Friday. Very friendly and cooperative workers and office staff. The fence looks very good, the posts are securely anchored and the joints were well measured and fit well. I referred my neighbor and was told I will get a $50 referral check. I am still waiting for that.

Description of Work
Fenced in back yard. 18 feet of 6 ft privacy, the rest was 4 feet picket.

It went well. They had to come out to make a couple of adjustments, but did so without a problem.

In 2010 I had Landmark install my ornamental fence. Tom and his team were very responsive at that time. Fast forward 4 years and I now need a fence repair. I've been calling for months to get on the schedule and the ladies that answer the phone are very rude and even argued that Landmark did not install my fence. I offered to email over a copy of the papers and asked if they destroyed my records for some reason. Upon ending that call I got a call back later stating they had found my records and would put me on the "schedule". I asked for a timeline and they would not give me one. I've called multiple times for months and am told "you're on the schedule". Well now the snow is here and the gate is going to be damaged more, thanks Landmark for your bang up customer service. My guess is that they want the warranty to expire so they don't need to fix the gate. When researching a company to install a fence ask about their repair service and timelines for the service as that should play a factor in which company you select, it's not all about the price. Don't make the same mistake I did.

Description of Work
Landmark fence installed my ornamental fence in 2010.