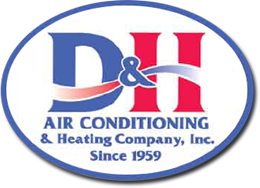 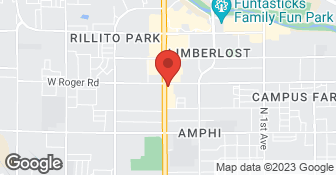 D&H is very empathetic to our customers' situations and will perform our services with the upmost sensitivity and care.

D&H Heating and Air Conditioning is Tucson's leading HVAC Company and has been providing Tucson with furnace and AC repair, maintenance and new installation services since 1959. D&H is dedicated to your climate-control solutions and your family's indoor comfort. We are your heating furnace and AC specialists in Tucson and Southern Arizona. All of our HVAC heater and air conditioning repair technicians are committed to customer service of the highest quality. A D&H technician will always strive to serve you with courtesy and respect. Our technicians are all certified with the Seal of Safety, demonstrating our level of professionalism, and are NATE-certified, guaranteeing that they are well trained and skilled. D&H Air Conditioning is one of the leading providers of air conditioner repair, air conditioning service, new AC systems, furnace repair and heating system repair in Tucson, delivering rapid response for broken heaters and air conditioners. Our certified HVAC technicians will quickly respond to your needs whether you need emergency air-conditioning repair, have heating problems or need a new system installation. At D&H, we are dedicated to your satisfaction and committed to providing the highest quality of products and service to your family. We believe it is our duty to invest in the extra training, equipment, and most qualified technicians to ensure the comfort and protection of your family and your home....

2+ years on D&H two zone Daikin Systems with maintenance contract. Evaporator coil leaking. Charged me $95 to come out to diagnose problem. Coil needed replacing. One week later no call to schedule replacement. I called they sent out repairman next day. Couldn't complete job as was missing parts and helper. Said they would call me the next day. The next week I CALLED them got the run around. Came out the next time but after they removed a very slowly leaking but functioning coil, but then they discovered that they were sent out with the wrong replacement coil part. Now A/C doesn't function at all!. Said they would call me the next day. Nope! I called them as was told that the correct part coil is not available for 2-3 weeks. STAY AWAYFORM THEM and DAIKIN!!!

Description of Work
Stay Away They are terrible.

Called D&H about 1030 and the technician arrived mid-afternoon the same day. Due to the extreme cold temperatures, even snow flurries, the heat pump wasn't working at optimum capacity. Fernando made some adjustments to both the thermostat and the unit. He waited to ensure the indoor temperature reached the level desired by homeowner. Have been a customer of D&H for over 20 years and this excellent response and quality of service is why I continue to call on them. Both the office staff and the technicians are professional, courteous, provide great service.

We hired D & H Air conditioning, at the advice of our realtor, in March of 2020 for a home buying inspection. We hired a specific AC inspector to make sure the unit was working properly above and beyond our regular home inspector. We had other specific inspectors there and we were checking in on them all periodically. We (my husband, our realtor, the sellers realtor, and I) were with the D&H tech when my husband asked if the single 5 ton unit is big enough for this house since it was over 2800 square feet. My husband had heard that anything over 2000 square feet needed 2 units. Our previous home was smaller and it had 2 units. The tech informed us that it was at the top of the range but it was sufficient for this house. My husband isn’t an expert so he thought ok, this guy's the expert, he should know. We moved in in May and noticed the AC not keeping up with the rising heat but thought it was because we were still moving in and trying to get settled. I finally called D & H and said that the system isn’t cooling properly and we were told (from other AC companies) that the unit wasn’t anywhere near the right size for a house this large. I talked to a woman that was new, she was some sort of “manager”. I explained the situation and she informed me that they had different tiers of home inspections. When we hired D & H, we were never advised that there were different tiers of inspections and what was included in them. The tech had the perfect opportunity when my husband asked the size of the unit question to inform us of these tiers or say he didn't know the answer. Instead he gave us an answer that was 100% wrong. She said she had to talk to someone higher up and would get back to me. She called back and said that they couldn’t help us, that the tech didn’t document that question in his report. Why would he? Do the techs document every client question? That would not be reasonable. The owner, general manager, an install expert and a new construction designer from D & H came to the house and performed an inspection of the system and determined that the unit was too small for our house. They found multiple major problems with the whole system: 1. The unit in the garage (furnace) was installed incorrectly. 2. The duct work in the attic wasn’t insulated in parts and some of the ducting was old grey duct and falling apart. 3. The air getting into the master bedroom wasn’t sufficient (it’s the furthest room from the unit). All of the above mentioned problems were not found by the original tech that performed the pre-purchase inspection. If we had known about the different tiers we could have researched this further. Instead we thought we were getting one thing and basically all the tech did was make sure the fan spun and air came out of the vents. Had we known about these major problems, we would have negotiated with the seller of the home to correct these problems prior to purchase. D&H stated that they would “make it right”......They offered to do all the work at a price of over $20,000, then they would take 33% off that. Excuse me, what? That’s not making it right! That’s taking advantage of people and inflating the price to STILL make a profit! We received numerous other quotes and even with the 33% off, D & H’s price was still the highest, by far. On top of all this, we used them for the house we sold a couple weeks after the offer on this house at our realtors advice. The tech that came out basically said the older unit on that house needs to be replaced since it was so old. We offered a home warranty knowing this but it was still working. It worked better than the unit at the new house! Needless to say, we bought them a new AC unit because of what that tech told them. So basically D&H is making us buy 2 AC units! We tried to work with this company but when the lies and the excuses started, we knew we were in trouble. I feel it's my duty to the community to help someone else out so they don't make the same mistake we did and hire this company and when something goes wrong, they don't stand by what they do/say. We do NOT want this to happen to anyone else. They made buying our dream home a nightmare! I have written a complaint to the BBB, Go to [*** Link removed ***] to read the full back and forth and the excuses/lying that went on. Some of this review was taken from the BBB complaint.

Kalem Linsenbach was very professional and answered all my questions. He is a good representative for your company. Thank you.

Awesome, thanks for the review of Kalem!!
5.0

Fernando and I discussed options of service, motor replacement vs new system. Pricing on motor. Different systems avail. He arranged an appointment with a customer rep to come by same afternoon. Very nice person to deal with. Thank you Fernando.

Thank you for the awesome review for Fernando!!! He is a gem and we are glad that you could help him shine!!!! Have a fantastic winter this year!!
5.0

He found our problem quickly, explained what we needed to do to fix . It was great that he explained so I could understand.

Description of Work
Service check up

Thank you for the review of D&H Air Conditioning and Heating!
5.0

D&H was superbly responsive and able to get a technician out to my house within about an hour of my call, (they even came out earlier to work with my schedule) Austin, the technician was polite and knowledgable and able to diagnose the issue within a few minutes. Pricing was reasonable and the service overall was excellent. I’ll be using them again for any future AC maintenance and repair needs!

Thank you so much for choosing D&H and giving us the opportunity to service your system! Nothing makes us happier than solid feedback about our work ethic and our wonderful employees!! We look forward to working together in the future
5.0

Kalem was very polite, cordial, and professional. Actually helped me take the lug nuts off my tire, which was obviously not part of the AC inspection. Definitely will get my business in the future.

[Member Name Removed], Thank you for leaving a review for Kalem! We are always happy to help when we can! AC inspection or not! Best, The D&H Team
5.0

Josh was very polite and called before he showed up to let me know approximate time of arrival, which is wonderful. He explained all he was doing and I appreciated his professionalism. I always recommend D and H when someone needs ac or heater work done.

Description of Work
6 month check up

Thank you for the lovely review of Josh and always recommending us! Stay safe and stay cool!!
5.0

Thank you for leaving a review for Kalem! We appreciate your business and look forward to working with you in the future!

If you are unsure whether we provide a service just ask and we will let you know.