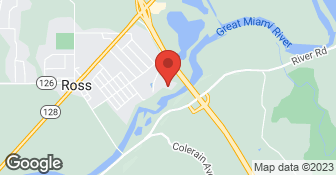 For 40 years Jaco Waterproofing has been providing quality waterproofing and foundation repair solutions to our customers. Our commitment to you the customer is to ensure you get an affordable solution for your project. We are a professional company that takes pride in being courteous, timely and effective. Jaco is proud to work for the largest contractors in the area, both residential and commercial. Some of our customers include Potterhill Homes, Ryan Homes and Maronda Homes. A few of our commercial customers are Turner Construction, Messer Construction and Dugan & Meyers. In addition, we give the same level of expertise to our customer's who have problems with their homes....

I can't recommend them enough!!! Excellent Service & Trustworthy! I recently bought a new house which had a few cracks in the foundation. Jaco was able to do an initial inspection and gave us a reasonable quote. However, during the initial quote we weren't able to look behind the drywall as we didn't own the house yet. When we tore back the drywall we found that the problem was MUCH worse than the initial house inspection had revealed and I was worried. Josh with Jaco was able to talk me through all the possible options and even guided me on which options were the most economical and which ones were the smartest for the long term solution. He even had suggestions on how to best maintain and prevent any issues in the future. They kept in constant communication as issues evolved and made a point to keep me informed. Its so rare to find someone who evokes so much trust. I had called in a Structural Engineer to get a second opinion (to be safe) and he had nothing but positive things to say about Jaco as well. Overall the pricing was VERY reasonable and I never felt pressured into a sale (I even compared pricing to a few other companies and their prices were extremely fair). I will 100% be recommending them to others.

A section of the driveway cracked along part of the expansion joint and one side dropped below the rest of the driveway. I had determined that there is a large void under the driveway that goes across the entire driveway and about 8 inches from the expansion joint. The crew cut along the expansion joint. This left that section of the driveway "floating" above the ground. The crew then drilled three holes in the driveway and "shot" what they described as clay into those holes. It looks more like filtered dirt. They did not fill in the void. This did level the two sections of the driveway but in less than a week, that section sank about 1/4 of an inch below the other section. I contacted the company and a sales rep showed up at my house. I showed up the problem and explained that if the void is not filled in, the driveway is going to crack and cause a much larger problem. The sales rep offered to have the crew come back and "fix" the problem. I said that I doubted if their second attempt would be more successful than the initial attempt. I suggested that the only solution would be to fill in the void or the problem would persist. He said that this was not possible. I then asked for a refund. He made a snide comment then sped to his truck, speeding off. I called the office and talked to the owner. I asked him for a refund. He said "the check is in the mail" and hung up. I have not received the check. The driveway continues to sink.

Description of Work
leveling a section of my driveway

We initially contacted Jaco to fix a leveling issue with our driveway that was causing water to pool up. Josh Goodman came out and was very straight forward. He doubted that leveling the driveway would fix the issue. He suggested instead to install a Box Drain and run it into our current French Drain system. After a little more research we decided on a 3' long channel drain. It took a while from the initial contact in the Spring to getting an estimate in July but then the job was performed a month later in August. After the installation the Channel Drain worked perfectly. Also, the drain itself was installed very well. Our issue was with the installation of the plastic pipe which carried the water to our French Drain. The trench was dug unevenly then poorly filled. The result was a sharp dip all along the drain pipe; like a reverse "speed bump". Also where the pipe connected to the French Drain was not buried deep enough causing the pipe to be exposed. When I called Josh he came out to look at it then I heard nothing. A week later I called Josh and he said it looked fine to him. After a 5 minute discussion he agreed to send a crew out to fix it. 3 weeks later..no crew so my wife and I spent 4 hrs. relaying the drain pipe and filling it in properly. So, I give Jaco an A for the concept and the installation of the Channel Drain and an F for the installation of the drain pipe and overall Customer Service.

They did an excellent job lifting the back sidewalk and stabilizing a side step and the front porch. The front patio would not lift correctly, it got caught on the porch and the side of the house and cracked. Jaco did not charge the $900 to lift the porch and patio. They worked with me the whole time and I agree to their assessment and charges. I was very satisfied with Jaco.

Description of Work
Lift concrete on front patio and back sidewalk

Look elsewhere! Don’t trust Jaco! Before purchasing our home, Jaco was hired to waterproof it. The warranty was transferable and we closed on the house. Within the first year of living in the house, we had water coming in at the front of the house. We contacted Jaco to inspect it and we were told our warranty didn’t cover that part of the home, but that every other area was covered. After multiple talks, they assessed it and gave us a quote. The foreman, Adam, assured us that we would have no future issues and that everything from this point on would be under warranty. Low and beyond, within months, we had water again. We contacted Jaco multiple times and finally got ahold of Adam. He told us someone would be out to take a look. Weeks went by and still no one. We called again and finally someone came out. This time they told us that we’d need to pay more money to have the exact same spot waterproofed. The spot we just had paid $4,500 to fix. They, the experts, chose the wrong method to waterproof that spot and wanted us to pay again for their mistake. This is after the previous owner paid over $10,000 to have the basement waterproofed. This company can’t be trusted. They don’t stand by their work. They told us they fixed the problem as far as they could see at the time. When we hire you to waterproof an area, we shouldn’t have water in that same spots within months. It’s up to you to determine the best method to fix it. Not guess and hope it works.

[Member Name Removed], We suggested you repair several areas and you refused. Your TOTAL payment of $3500 (not $15,000) covered the work we completed and you approved. Jaco.
5.0

I was searching waterproofing co. I called Jay owner of this company for over 40mins he freely advised me the best way to go regarding my basement air quality and much more. Jay educated me on things I was not getting from the Company I'm under contract with since 99' up here in Lower Michigan. He was so helpful all the people in his area are very blessed to have a honest and very educated waterproofing Co. In your area. Highly recommend even if your not sure of things. Id call him so you dont get over charged or loose sleep cause your just not sure.

Description of Work
Information over phone

My overall experience with Jaco was outstanding. Everyone from the salesperson that gave me the estimate and coordinated everything, to the amazing crew that performed the work were terrific. I had extensive work done at my house. 45 piers were put into place and slabjacking was performed on 3 areas. All employees were nice and treated me as a person, not a number. I am so grateful to have found a company that cared about me as a person. Not only did they do 3 weeks worth of work initially, but they followed through and finished the work as promised 2 months later with seed and straw. I would recommend this company to everyone for their courtesy and professionalism.

Description of Work
Piering and slabjacking

Outstanding work. A moderate but tricky leak in the basement foundation had defeated multiple vendors for nearly three years. Jaco's approach was smart, evidence-based, and methodical. They opted for sequential steps to get to the root cause rather than a large typical shot-in-the-dark excavation. The team led by John Sakelos was expert, creative, tenacious, cost-effective and courteous.

Work was completed as agreed upon and for the lowest cost out of multiple quotes I received. Water issues I was having prior to the work being completed have so far been resolved.

The crew was very professional. It was easy to get an estimate, and then they did a good job and cleaned up.

Mid Valley Chimney Sweep is based in Franklin, we also serve clients in Center ville and Kettering as well as Butler and Warren Counties specializing in any form of chimney needs you may have including but not limited to. family owned and locally operated. Additional website - www.mid-valleychimney.com.  …

How is Jaco Waterproofing overall rated?

Jaco Waterproofing is currently rated 4.6 overall out of 5.

What days are Jaco Waterproofing open?

Are warranties offered by Jaco Waterproofing?

What services does Jaco Waterproofing offer?

Are there any services Jaco Waterproofing does not offer?