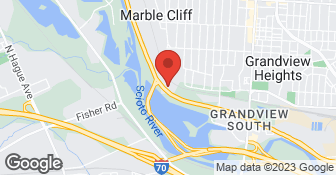 Welcome to Favret Heating and Cooling. Since 1924 we have grown to be a leader in both residential and commercial heating and cooling in Central Ohio. We offer installation, service and heating repair. Our services also include emergency heating and cooling repair to homeowners and businesses in Columbus, Dublin, OH and the surrounding areas of Central Ohio. We offer a wide range of HVAC services in Columbus, Dublin, OH and the surrounding areas. Our technicians are highly experienced in heating repair, air conditioning repair, furnace repair and emergency heating and cooling repair. In addition, we provide duct cleaning to improve indoor air quality and remove dust, bacteria and other pollutants from the air in your home or business. If you need a new system, or want to upgrade to an energy efficient Carrier heating and cooling system, call Favret Heating and Cooling for outstanding service at affordable prices. We install a wide range of heating and air conditioning equipment in homes and businesses throughout Central Ohio....

Have been a Favret client for nearly 4 years, buying the annual maintenance agreement each year. On 4/22/22 my six month service call was complete. Today (6/28/22) I had a direct gas line installed by another firm , who detected a gas odor and found gas leaks around and near my furnace. Called Favret and they came out the same day and acknowledged a gas odor and found several pipe fittings around and near the furnace were loose.. $129 later they were tightened up/fixed. Only the HVAC unit itself is covered by the Favret annual maintenance contract. (Should have read the small print). But did these fittings shake loose since 4/22/22 when the Favret repair man performed periodic maintenance? Was there an earthquake here in Upper Arlington that I missed?. Not a happy FAVRET client

Terrible. A handyman had indicated that I probably needed a blower motor replaced. I hired Favret to inspect the system to make sure that's what was need, and made sure they would have the part with them so I wouldn't have to pay for a 2nd visit. The tech arrived and, even though I asked him to inspect the furnace first, he didn't. He installed the new blower motor, and — only after he was finished — said to me: "By the way, that noise you're hearing wasn't the blower motor; it was your filter. It needs to be cleaned." He then told me he hadn't heard me ask for him to inspect the furnace first. He also told me he though the furnace needed replacing. He didn't check the furnace filter, which was actually clean. Then they charged me more than $900 for the blower part. I found out later that their cost was more like $200 for that part. I called the company and complained about the service I had received as well as the cost. A manager called me, was very condescending, and told me that the tech who came was not the best communicator, but was one of the best techs he had. He refused to give me any refund. He did indicate that if I wanted to replace the furnace they would give me some sort of discount since they had replaced the blower motor. The tech also left a mess. He didn't take the old blower motor with him or clean up after his installation. I was taken to the cleaners by Favret. Warning to all -- but especially to any single people out there. DO NOT USE FAVRET!

Great, but that's the usual for this company. We've used them for more than 10 years - first to install a replacement for our old air conditioner and furnace and then to maintain the new products under their service contract. I highly recommend them and their service contact. It's allowed us to keep our heating and cooling system in good condition and alerted us to repairs that were needed before a system failure that might have struck in extremely hot or cold weather, on a holiday, etc. Favret even found a heat pump problem just before the warranty expired on the original one and we got a free replacement heat pump. Much better than waiting until the heat pump failed completely and the warranty had expired. Every technician they've sent to our house has been knowledgeable, polite, careful of our floors and carpet, and ready to answer any question we had. This is an excellent company!

This review is being done at the request of my mother who had a heating and cooling system installed in June/July 2021. The techs from Favret were very professional, tidy, and kept her updated on every step of the installation process. Upon completion, the techs made sure that everything was in working order before accepting payment for the job. The issue/complaint comes in regarding the insulation wrap used on the Ac pipes. It appears to be a very cheaply made material that is being held in place with duct tape instead of zip ties or some other clamping material or device. The ac unit also should have been placed closer to the structure to reduce the space between it and the house. Between that and the cheap white pipe wrap, that is secured with duct tape, it gives the entire project a gaudy appearance that resembles a child's first science project made with parts from the scrap yard. The unit functions as intended, but has a Frankenstein appearance to it. This might be a petty complaint to some, but as the attached pictures will attest, it is not a meritless complaint. For a job costing just shy of $8K, one should expect a better looking finished product that isn't secured with duct tape and bubble gum.

The service was reliable and dependable, very good service.

Description of Work
Regular maintenance and check up

Description of Work
They installed a furnace.

Contacted Favret and scheduled an appt for 8/5/2020 @1:30pm Paul Williams called me on that day @1:30 and told me he would be late, he arrived at 2:00pm. Discussed replacing a/c and furnace, liked what he said, He told me he would send us the proposal via snail mail. Been two weeks and still have not heard from them. So am writing to advise others not to hire this company to work for you, They should know that they blew it as this would have been a cash sale and would have gotten the work, but I guess our house wasn't nice enough or located in UA to bother them with installing a new furnace and a/c unit, or having the common decency to at least let us know that they weren't interested in doing the work as they have far too much money and don't need ours. We have started a complete renovation of the home and they would have figured prominently in our plans, but not now, so don't even think of calling us as we will hire another company. I don't get why companies waste your time with free estimates and then don't have the common courtesy to contact you with at least a yay or nay.

Extremely displeased with their service. They ripped me off for $152 service call after telling me something completely different when I called. They lost a service customer and a future furnace/ac customer with 15 year old equipment. Poor way to treat long-time customer.

I find the service to be very good. I have them for years.

Description of Work
To checkup the furnace for Winter and stuff.

Very well. We didn't do comparison estimates because we have been service contract customers for Favret for more than 10 years for our 5 bedroom home, and we have always been pleased. The company offered us three options and didn't press us to choose the most expensive.

Description of Work
Replace central air unit for condo we own.

Water Heaters Now! WHN WE SPECIALIZE IN REPLACING WATER HEATERS THE SAME DAY WHILE REPAIRING WHENEVER POSSIBLE. WHN offers Rheem water heater tanks but deals in all major brands of tank style water heaters. We are also a Rinnai TANKLESS dealer. WHN is locally owned and operated. WHN has been in the water heater repair and replacement business for over 15 years. We offer free estimates usually within 15 minutes. If you order by 2 PM, your water heater will be replaced the same day. Call, text, or email for a free quote within 15 minutes.  …

We pride our company on reliability, great communication, integrity, and quality work. We are experts in our trade, and will do our best to keep you as educated as we can on your particular task or project. We look forward to earing your business! Book with us online or feel free to give us a call today.  …

Favret Heating & Cooling is currently rated 4.8 overall out of 5.

No, Favret Heating & Cooling does not offer free project estimates.

No, Favret Heating & Cooling does not offer a senior discount.