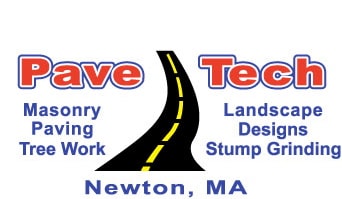 The driveway came out well: thick coat, smooth surface, neat edges. Eddie is very experienced, he and his crew were pleasant to work with, and the price was reasonable. I would definitely use Pave Tech again. Expect to wait a while to get a construction date, especially now with COVID-related labor shortages. I suggest checking in periodically after signing to see how things are going and make sure you're still in the queue.

Description of Work
Replacing a 95-foot driveway with new asphalt.

Eddie and team were great. They were extremely responsive and did good quality work in a very short time frame. I will absolutely call PaveTech for any of my over driveway needs and more. I highly recommend Eddie and team.

Eddie and his crew (Josh, Juilio, Steve, John.....) replaced our entire driveway. The driveway was over 40 years old and had a significant drainage issue. Eddie reviewed the driveway, very competitively priced the replacement and recommended a drainage fix that corrected a very difficult driveway design. Eddie was on site for the entire replacement, the removal of the old blacktop, undesirable sub base and some areas that needed sawcutting. Then his crew compacted the new base with an excellent crushed stone base, installed the new drainage 1,000 gallon precast concrete drywell with drainage pipe and expanded some areas of the existing driveway. Then the final install of the asphalt was liking watching an orchestra perform. The crew was amazing under Eddie's guidance, the attention to detail to each area of the driveway install was so satisfying to watch. The weather during the install was not perfect, but Eddie and his crew were never distracted to doing a perfect driveway install. I am a very satisfied customer with Eddie's communication from the quoting process to his communication for the after care of driveway. A high quality driveway by Pave Tech that I am confident will exceed industry standard and a great home value that is used everyday.

I chose Ed from among other A+ reviews because: Ed always replied my questions which shows he cares and is responsible. Ed is honest and does not push sales. Ed's quote is simple, straight forward, friendly, price comparable and reasonable. My driveway was replaced in August 2020, it has been smooth with no issues. It was pitched properly where heavy rain water flows away evenly from the house. I highly recommend Pave Tech. Thank you Ed!

I was grateful when PaveTech came to fix my driveway which was in very bad shape after decades of use. They were extremely professional, considerate, and efficient. They completed the job in just one morning and the work was reviewed and inspected by the owner. I have been very pleased with the result and would certainly use them again.

Great. Eddie and his work crew did a great job!! I would highly recommend this company . Their price was fair and the work quality was excellent.

I did not get a call from pave tech. Shamrock chimney may two appointments but was a no-show for both .

Description of Work
None Repoint the front stairs

Never spoke to this lady so don't know how she can even give my company any kind of review. I called her and left a message and I guess she was in a rush to hire someone.

Pave Tech was fantastic. They came in and worked diligently until the project was completed. Very easy to deal with and A very professional work ethic. I would HIGHLY recommend!!

Description of Work
Asphalt driveway and pavers in the backyard

Pave Tech: I wish we had hired them the first time we repaved our driveway! We had previously widened our driveway, and the masonry company that repaved it, we soon realized, were not what you would call paving professionals. Not only did it look really rough after less than three years, the masons hadn't considered that the increased surface area meant we would need increased drainage, and our garage flooded every time it rained heavily. Enter Pave Tech. Eddie came out for an estimate and was extremely diplomatic about the existing driveway. He gave us a reasonable quote and didn't try to upsell us on anything, even when we asked about adding a French drain. "You don't need it," he said, and he was absolutely right. What we needed was more drainage capacity (i.e., a honkin' big dry well), and the right grading to direct water away from the garage. The project ended up taking place a few weeks later than we had originally expected, but that didn't bother me. Like a lawyer, being busy tells me they do good work! It was fun to watch the old driveway demolition, which only took about half an hour. Neighborhood kids were definitely enjoying watching the heavy equipment the crew used to excavate a huge hole for the dry well and prepare the driveway surface for paving. I was impressed by how neatly they maneuvered the equipment in a pretty modest space. The paving itself was very satisfying to watch. The crew was efficient, organized, and did a great job on a really hot day. My next-door neighbor was so impressed that he stopped by to ask Eddie for a quote. The difference between our old driveway and the new one is night and day. Best of all, when it started raining yesterday, I stepped outside and saw that the dry well was working exactly as planned, and there was not a drop of water within 18 inches of our garage door. I highly recommend Pave Tech!

As a new homeowner I have become actively involved in seeking out various contractors to tackle a list of home projects. I have to say that working with Pave Tech was a complete and utter joy. Efficient. Caring. Attentive. A wealth of expertise... All of this combined restored my faith the fact that there are descent hardworking businesses that take pride in their work. From Eddie, the owner, to all of his employees, each aspect of this project was carried out with the utmost care. I have an amazing, newly paved driveway that has added a great deal of curb appeal to my property. I couldn't speak more highly or Pave Tech and their kindness and professionalism.

They did a fabulous job down to every detail. Responsive and kept to time table promised. The work was perfect. Equally important, Eddie and his crew were very nice and pleasant to do business with. They were not the lowest bid I got but were well worth what they charged and I would recommend Pave Tech highly for such projects.

I was in a real bind and Eddie came to the rescue. I had a new driveway that was improperly installed and the sale of my house was closing. I had to get it fixed fast. Eddie came by on Thursday evening and rearranged his schedule so that the whole driveway could be redone on Friday. It looks great and the new owners will be very happy!

It was great. They stuck to the budget, gave us update all the time, showed up everyday, the communication was outstanding, and they were wonderful.

Description of Work
They totally redid our entire yard.

Thank you [Member Name Removed]. I hope your enjoying your new space! Eddie

Description of Work
Widen and re pave driveway

Excellent, Ed and his team did everything needed, within budget.

Description of Work
Ed and his team completing reconstructed our yard. Included in this project was removal of the asphalt driveway, walkway, removal of cement patio, removal of a 200 year old retaining wall and installation of a dry well and drainage system. Ed’s attention to detail was wonderful; he was able to change plans, offering suggestions as the project progressed. The end results are outstanding. Ed was able to stay within the budget and was able to keep his team safe during this pandemic. Using products from Ideal block (pavers, patio blocks and blocks for retaining wall.), we now have a space that is highly functional and beautiful.. We highly recommend Pave tech.

Eddie and his crew did a great job replacing a 75' long asphalt walkway. Prompt and reasonable, without any extra charges. I'd hire him again.

We had a great experience working with Eddie and PaveTech LLC!! Lots of up front planning and attention to detail. They were on the job site right on schedule and finished on time. The job was superb. We love our new driveway and paver paths. Totally transparent about the costs, and easy to deal with as the job evolved. Eddie gives good advice about what you need. Eddie also follows up after the job is completed, and re-inspects. We made a hole in the blacktop by accident and it was addressed promptly. Our job was a 200 foot driveway and several hundred feet of paver walk. It looks awesome. They have all the right heavy equipment and make it look easy.

Description of Work
Our job was a 200 foot driveway and several hundred feet of paver walk. It looks awesome. They have all the right heavy equipment and make it look easy.

Pave Tech recently paved the very old asphalt driveway (removing the existing asphalt and supplementing the base material) at our home, and we were entirely satisfied with the experience, beginning to end. The proprietor (Eddie) met with me promptly after we contacted him, explained what he would do, had us a proposal in short order, accepted our comments on it and had the work completed, all in just over a month. The price, in our opinion, was reasonable, the paving looks great, the workman without exception were polite, considerate, and hardworking. Eddie himself spent a lot of time here overseeing the work and and doing some himself. The main work was completed in a day (quite a few workmen and machines) with minor touch up the following day and no real inconvenience to us. This was such a nice contrast to our experience with some other contractors.

Thank you [Member Name Removed] I really appreciate it! Eddie

It went great. He was the first contractor to discuss getting the Town permits. Had someone else tell me they would start in 2 days, with no mention of permits, and I realized later that the right question would be "When can you finish?" Of course I wish he had cost a little less, but I know his estimate was totally fair and he did the work as promised and on time, no issues at all. He also suggested how we design the border on one side with some paving stones, and how we could use only 4 feet at driveway entry for a decorative look, rather than the more difficult and costly 20 feet I had imagined. He was right! And the driveway looks terrific.

Eddie is so easy to work with. He and his team are very on time, easy to talk to, and they work is amazing. I will work with Pave Tech again and recommend this company.

Eddie and his team were great! Their work was exactly what we had asked for and the price was very affordable. We will definitely be using them again! The turnaround time was very quick from our first meeting with Eddie to the completing the job. Along with the driveway being repaved, Pavetech removed bushes that we wanted removed to make the driveway larger. It was great to use only one company for the whole job.