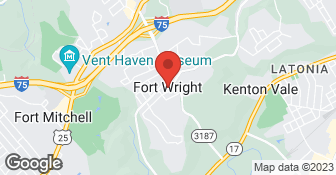 We our a 18 year remodeling company with employees-and qualified subcontractors all jobs will have a contract for the work to be done explained in detail on what the work will consist of and the breakdown of the payments.

I am an Angie’s List member and have used Angie’s list with good and bad results, but mostly good (see my reviews). For this job, I decided to go to one of the big box stores and get a recommendation for contractors to do a variety of jobs for me. The big box store assured me their recommended contractors were vetted and gave me three names. I decided to go with Carusone Contracting. Brian from Carusone Contracting came out and gave me an estimate for four jobs: 1) tile work in the master bath: 2) repair work on a bay window in the back of the house and replace a trim piece in the front of the house; 3) replace some baseboard and adjust a French door in our sun room, and 4) remove some siding above our sun room and determine the cause of a water issue and then determine a price for repair (no cost to look). Brian supplied a bid with in a couple days I had two other contractors come out and give me estimates and I decided to go with Brian, but only for the repair of the bay window and replacing the trim piece in front, and the no cost look for water issues in the vinyl siding of my sun room. He gave me a start date of August 12th and that the job should take one or two days at the most to complete. The end of the week prior to the start of the job Brian called to say that they were behind and my job wouldn’t start till Wednesday the 14th. That was alright with me, I’m retired and didn’t have anything going on and I appreciated Brian calling me. The Carusone man showed up Wednesday bringing his tools and materials and started work. The estimate supplied to me by Brian said the three panels would be replaced. But when Carusone Construction started the job Brian said to get to the panels he would have to remove trim and instead he would cut out the bad wood and replace it with exterior treated wood. I wasn’t too happy, but once I started to look at the trim he would have to remove and replace I agreed because if something went wrong it would never look the same again. I offered the worker use of my saw horses because he didn’t bring any and he was going to have to cut wood to complete repairs. About 4 or 5 hours later he said he was done for the day and would be back tomorrow. I went out to the back of the house and the guy left a sheet of plywood on my saw horses and his tools scattered about. I live in a relatively safe neighborhood but there has been stuff pilfered from neighbors. I took his materials, tools and my sawhorses into my basement for safe keeping. The next day the guy didn’t show up at all. I called Brian let him know that no one was working on my job. The workman came back the 16th and worked half a day and said he would be back the next day. I said he could store his stuff in my basement for safe keeping. The next day, Saturday, he didn’t show. He showed up again Sunday and worked half a day. On one of his half day’s he showed up at 10 said he had an appointment at 11:30 and he would be back. In that time it started raining and my wife and me went out back and brought his tools and materials in the basement to keep them dry. He showed up half an hour after the rain began and thanked me and my wife for keeping his stuff dry and he would be back the next day. This time he showed up. When he finished the job I went out and inspected the job. It was terrible!! Floor grade plywood was used as an exterior finish looking rough and unlike the rest of the wood used in construction of the bay window. The original plan, the worker explained to me, was that the plywood would be covered by a thin layer of finish material, but after putting the ply wood on the exterior there was no room for the finish facing. I called Brian and said that you don’t put floor grade material on the exterior of a $425,000 house and the job wasn’t going to fly. Brian came out the next day and agreed with me and said the job would be redone. The worker came out Wednesday the 20th and finished the job. The end result was acceptable, but the trim in the front had yet to be done, and the inspection of the vinyl on the sunroom. I called Brian and said I would accept the bay window and told him the trim had to be done and don’t bother checking the vinyl problem on the sunroom. I had enough and decided to go with someone other than Carusone Construction for future work. He said the trim would be done the next day. Their man didn’t show. I called Brian and told him his man didn’t show. Brian said he and the owner Joe Carusone would come out the next day and finish the trim, pick up waste and excess materials. I was gone the entire day and when I came back the job was completed and area cleaned up.

Description of Work
Joe Carusone Construction worked on a bay window at our house, and replaced a trim piece on a window box in the front of the house.

THE JOB FOR GREG [Member Name Removed] WAS STARTED WITH A NEW SUBCONTRACTOR WE HIRED, THERE WAS MISCOMMUNICATION BETWEEN OUR SUB AND THE PROJECT MANAGER THAT RESULTED IN A FEW MISHAPS. THE COMPANY DID CORRECT THE ISSUES RIGHT AWAY TO MAKE THINGS RIGHT WITH THE CUSTOMER. WE IMMEDIATELY DISCHARGED THAT SUB. HE NO LONGER WORKS FOR THE COMPANY. SINCE WE EXPERIENCED THAT ISSUE, WE HAVE SCREENED OUR SUBS MUCH HARDER AND WE CURRENTLY HAVE THE BEST SUB CREWS IN PLACE TO DO THE JOBS RIGHT THE FIRST TIME, AND THE OWNERS DO SOME OF THE WORK AS WELL ON THERE OWN AND WITH THERE SUBS.

A fresh coat of paint or stain can bring new life to rooms, add curb appeal to homes and commercial buildings, and help protect your investment for years to come. We're happy to bid on all types of painting, staining, and interior design projects in the Newport area. We'll meet with you, at your convenience, and provide you with a free, written, detailed estimate, no surprise charges added after the fact. Locally owned and operated, we're a small company with big capabilities, including interior painting, exterior painting, commercial painting, deck finishing, and interior design.  …

GM Painting has been dedicated to offer painting services throughout Northern Kentucky and the greater Cincinnati area since 2017. Our goal is to always render dependable residential or commercial to house owners, renters and business owners that have trusted us to take care of their painting projects start to finish. We are knowledgeable in exceeding all of the interior painting and exterior painting. Let our painting show you the difference!  …

How is carusone contracting overall rated?

carusone contracting is currently rated 2 overall out of 5.

What days are carusone contracting open?

No, carusone contracting does not offer eco-friendly accreditations.

Are warranties offered by carusone contracting?

What services does carusone contracting offer?

Are there any services carusone contracting does not offer?